A financial history of COVID-19: is Sunak out of ammo? 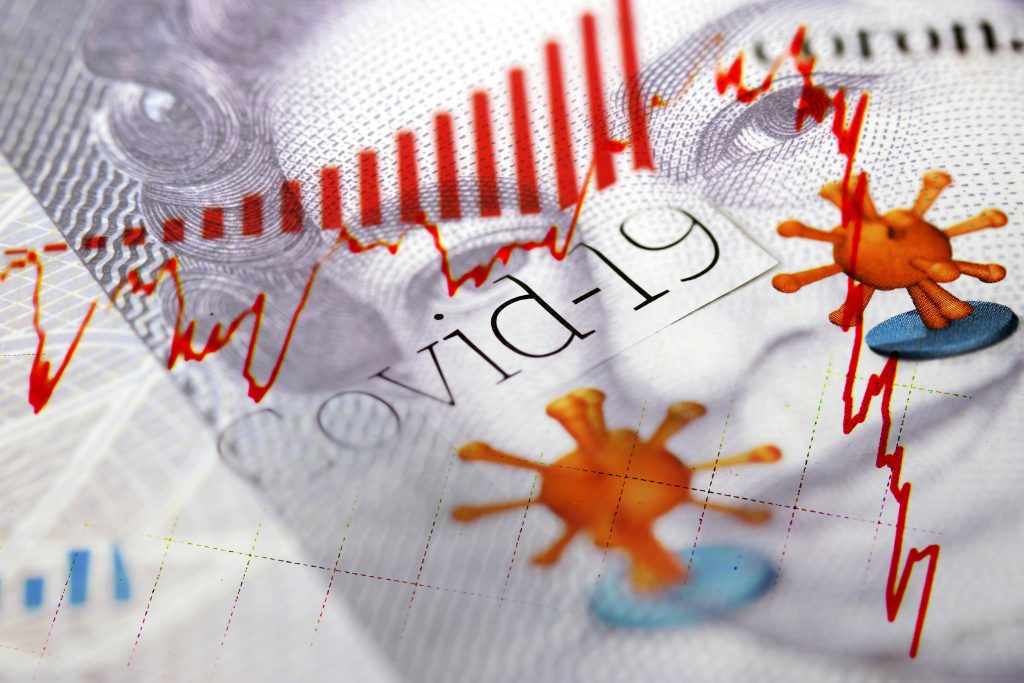 In this series of articles, Paul Wilson takes a long hard look at how and when decisions have been made as the UK Government attempts to deal with the effects of the global pandemic and also how effective these measures have been. This month he considers whether or not Chancellor Sunak has finally run out of ammunition to help the economy to try and fight off the extreme impact of Covid-19.

The Chancellor stood up in the House of Commons on the 25th of November to deliver SR20, the much awaited 2020 Spending Review. Did he continue with the ‘do whatever it takes’ approach or is he now constrained by what he has actually got to give?

The headlines from SR20 can be taken in blocks. On the upside, if you rely on government expenditure, core expenditure is rising 3.8% in real terms year on year (non-covid spending), the biggest rise for 15 years and an additional £27bn in real terms increase in capital expenditure is planned as well.

However, as at 2 December, with the second Covid lockdown across England being rebranded and tweaked more than ended and the prediction that, for 2020 as a whole, the economy will leave the tax year 11.3% lower that it entered it, any spin on upside wobbles away quickly.

The stark reality of SR20 is that the UK Government’s Covid spending will top out at £280bn this year, with a residual additional Covid bill of £55bn next year.

The cost of meeting these three objectives by the end of 2020/21 totals to some eye watering financial damage. Predictions are that unemployment is likely to rise to 2.6 million people, GDP down 11.3%, public debt racing past £2trillion, the relative level it was at in the mid-sixties before inflation whittled it down, to the lows of the millennium when public sector debt was just a quarter of the level it will reach in 20/21 as a percentage of GDP.

Is this an unsurmountable obstacle? History says not. In the 1930s, the UK shouldered national debt exceeding 150%. The vertiginous rise in public debt occurred between 1939 and 46/47 topping out at 249.1%. The UK rebuilt itself from that low base so it can be done. But at what cost however and to whom?

What does the future hold?

For advisers, the big question will be how to protect clients from the potential threats of inflation, taxation and systemic business and behavioural changes affecting sector and geographic yields. It is mooted that CGT will be reformed, potentially rolling back the changes made by Alastair Darling and Gordon Brown in 1998 and 2007. Such a reform to a fundamental pillar of the tax system will have an enormous effect on the balance between the tax burden on those who deploy assets for earnings and those who trade or earn their income. Although there are no predictions of a return to 98% taxation on unearned income or the CGT position between 1965 and 1982, it seems likely that the system will change sufficiently to require portfolio rebalancing on a significant scale. The movement of money en-masse may well create an income opportunity for some advisers, however the withdrawal of entrepreneurs’ relief could diminish IFAs own retirement funds by up to £100,000 assuming no other changes.

Another question vexing analysts is what effect the changes in work patterns will have on travel and spending patterns and the location of spending when it occurs? The centre of London has been particularly hard hit by the “work from home if you can” guidance. Transport for London (TFL) has required enormous bailouts and businesses that service workers’ daily food, entertainment and amusement needs have been especially commercially undermined. Pension funds large and small are dealing with unpaid office rents and slashed demand. Buy-to-let landlords in central London have seen shock rental drops.

Will the government incentivise the population to return to work in the city centres to help rebuild this economic ecosystem, or are we going to see a retreat from our city centres that will recreate the ‘hole in the donut’ effect that blighted many UK cities before the regeneration seen in the 90s and later? The answer to that conundrum will have a huge effect on investment flows and therefore on asset allocation.

Taxing those who have

A further set of reforms may occur around inheritance tax, either at the point of death, or the point of wealth transfer in the form of lifetime gifts. Intergenerational wealth has increased enormously as the Baby Boomers rode the post-war economic and asset inflation wave. The inequality of aspiration for younger people has increased enormously. The career and earning potential required to acquire a middle-class lifestyle as enjoyed perhaps 30 years ago, is now far out of reach for many who have no family money available to them. Or indeed to those who have. This has become more marked within the 20 and 30 somethings who want to buy a house. The days of 95% or 100% mortgages have passed. The twin spectres of having to wait many more years to save a sufficient deposit whilst also watching your spending power diminish in a rising market are an unpleasant reality for large numbers of people. An unexpected outcome of the Chancellor’s intervention on stamp duty and unpredictable human behaviour has been a significant boom in house prices in 2020. It seems likely that, for political as well as financial reasons, the state will significantly increase the percentage of estates it retains and recycles back into the economy on its terms rather than the legators. These changes, when they arrive, will keep accountants, advisers and solicitors heavily engaged for some time.

Will there be a wealth tax?

In a sense there is already in the taxes on IHT and CGT. However, as things stand, there are no requirements to pay a periodic tax based on your assets held (Discretionary trusts aside), rather than on death or disposal. The mansion tax which was proposed in the Labour manifesto in the 2010 election would have been a version of this and had some public traction, so the principle of such a tax emerging is not unlikely. This may be in the form of council tax rebanding, or overtly as a wealth tax. The latter might be seen as the thin edge of a new tax wedge, but it is in times of turmoil that such wedges make their first debut.