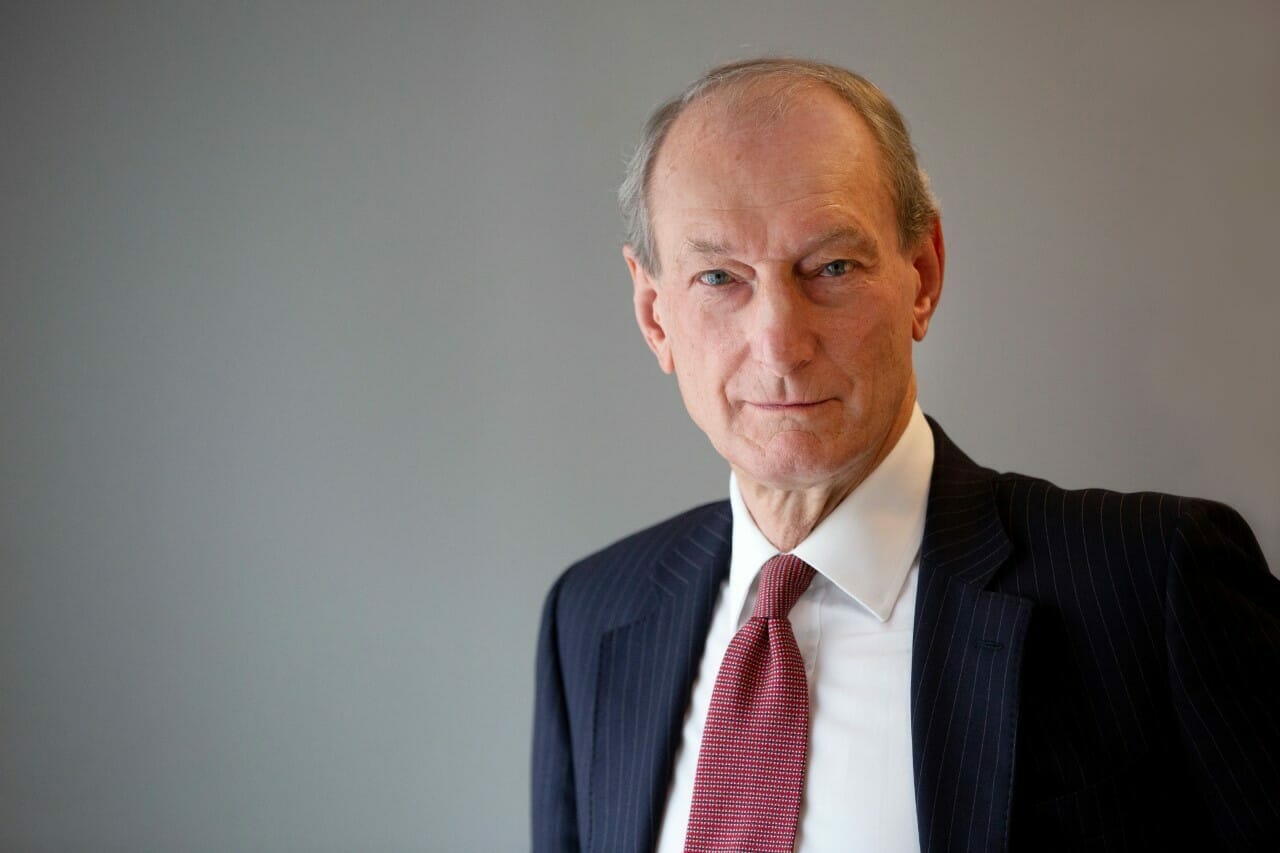 In a year of momentous events the past few weeks will surely go down as one of the most tumultuous periods. Russia’s serious setbacks in Ukraine triggered its first mobilisation of reservists since WWII and heightened the already considerable uncertainty stemming from the war; outcomes now range from the beginning of the end of the Putin regime to a further escalation of hostilities that draws the West directly into the military conflict.

But of more immediate impact to markets was the further shift to hawkishness among the developed world’s central banks, led by the US Federal Reserve.

Had there been any doubts about the Fed’s intent to bring inflation firmly under control, even if that means higher unemployment, a weak housing market and an extended period of below trend growth, they were dispelled by the Federal Open Market Committee meeting on 21 September. The third consecutive rise of 75bps in Fed Funds takes the current monetary cycle to the tightest since the Volcker era, and Powell made it abundantly clear that the Fed will stick to its tightening until the job is done and inflation is heading firmly back to the 2-2.5% target range.

The Fed is now expecting the policy rate to reach around 4.5% by the end of 2022, 100bps higher than they were anticipating only 3 months ago, and for the rate to move higher in the first half of 2023, and then stay close to or above 4% until the end of 2024. What was also evident from the Fed’s statement was the very considerable uncertainty around medium term expectations, with its forecasts for Fed Funds in 2024 in an exceptionally wide range. The policy tilt is now firmly towards a hard landing and the risk of policy error has increased significantly.

Bond markets reacted with another substantial lurch down, taking yields across most government bonds up by 100bps or more from end July levels, to the highest since before the Global Financial Crisis (GFC). A much higher discount rate combined with the growing risks of a hard landing pushed most equity markets to lows for the year and underpinned a further sharp rise in the dollar.

This caps one of the most extraordinary years ever for bond markets. This year’s returns have been by far the worst and have been no better than equity markets. While bond markets can be expected to fall and yields to rise in the early stages of a monetary tightening cycle it is extremely unusual for safe haven assets to offer no protection whatsoever compared with riskier asset classes. This has undermined the performance of the traditional balanced portfolio, the typical 60/40 equity/bond split, and also raises questions about more broadly diversified global multi-asset portfolios, with diversification seemingly of little benefit when nearly all asset classes have been under pressure.

This concern overlooks several factors. First, some asset classes have been resilient; parts of infrastructure and green energy have performed well, as have pockets of real estate where income is linked to inflation. Second, multi-strategy hedge funds, which have offered minimal returns for several years, have been beneficiaries of the trends in markets and have produced meaningful positive returns.

Third, not all bond markets have suffered sharp falls; China is the only major country that has been easing policy this year and bond yields have been relatively stable, providing good downside protection. Fourth, several equity markets have held up in local currency terms, notably Japan and the UK, along with some emerging markets, and some style factors have also performed significantly better than market averages, with value stocks adding good diversification benefits at various times through the past year. It remains the case that the broader the diversification is across non-correlated assets the better will be the performance.

By virtue of not being tied to one single asset class or to a restricted investible universe, multi-asset funds can take advantage of various regional, sectorial, currency, asset, and manager opportunities. Careful asset allocation and portfolio construction are the cornerstones of multi-asset investing and ultimately are the most effective way to maximise the probability of delivering on a certain outcome, whilst providing a palatable journey. Although market volatility is unavoidable and can have brutal effects on short term performance, as has been the case this year, it remains vital to keep focusing on the long-term performance as measured against the risk and return outcomes expected.

We do not believe that the case for multi-asset global diversification has been diminished by the experience of the past year. The dramatic rise in safe haven government bond yields comes from an historically low base and has undermined all bond markets. The ultra- loose monetary period has been brought to an end, with the exception of in Japan, and is returning bond yields to more normal levels. While yields could well rise further before the cycle turns,

there are now some attractive nominal and real yields on offer in many parts of the bond universe, and these provide good diversification benefits which were much reduced or non-existent when yields were structurally low throughout the post- GFC period.

The $ is king – but not forever

Perhaps the biggest impediment to performance of multi-asset portfolios this year has been the US dollar has surged relentlessly higher against nearly all currencies, reaching its highest levels on a trade weighted basis for over 20 years, thus having a damaging impact on financial conditions globally.

However, we are confident that the dollar’s inexorable rise of the past two years will in due course come to an end. Timing movements in currency markets over the shorter term is notoriously difficult and risky, and not a strategy we deploy, but on a longer-term purchasing power parity (PPP) basis the dollar is significantly overvalued and has been buoyed by the more aggressive policy tightening of the Fed compared with other central banks. At some stage next year, it is highly likely that the Fed will pause or even cut rates, while other central banks will still be tightening, and the worst of the energy crisis in Europe is likely to be over; this could be a catalyst for a turn in the dollar, a much needed respite for global economies.

We are already seeing the foundations for the recovery in markets which lies ahead. Timing, as ever, is highly uncertain and markets are likely to remain under pressure in the shorter term as central banks have further tightening to do, and the uncertainties surrounding the depth and duration of the economic slowdown are intense.

But by the end of this year most of the policy rate rises in the US will be behind us, and inflation is likely to have peaked. We have already seen sharp falls in commodity prices in recent months, including the critical natural gas markets in Europe, and there is increasing evidence that supply chain pressures are easing. The end of the ultra-loose policy regime, which resulted in unsustainably low interest rates and government bond yields, is creating considerable pain in markets during the adjustment phase but returns these key markets to more normalised and sustainable levels and is ultimately a welcome development.

This is a cycle triggered by ultra-loose policy and post- pandemic imbalances unleashing strong inflationary forces, inflamed but not caused by Russia’s invasion of Ukraine. Central banks have been way behind the curve in addressing the inflation surge but are now in full inflation-fighting mode and will bring it under control in due course.

Unlike in the last great inflation surge in the 1970’s, inflation expectations have remained well anchored, making the job of central banks to control inflation more manageable, with a commensurately lower risk of inflicting severe damage on economies. There will almost certainly be falls in housing markets across much of the developed world and a rise in unemployment as economies inevitably slowdown, but the household and corporate sectors enter the tougher period in a healthy financial state, and, most importantly, banks have very strong balance sheets and large capital buffers to weather the storm.

There will be bumps on the way and some casualties among more highly leveraged parts of the economy, but these are likely to be containable and there are no significant systemic risks in sight.

The best strategy when times are dire and sentiment is low is to stay invested and rely on globally diversified portfolios to navigate through volatile markets and capture the recovery that inevitably starts when hopes are at their lowest.

The strongest advantage of multi-asset funds is their much larger investible universe and their ability to invest wherever there are hidden opportunities or lower risks, helping to manage the drawdown and capture the upside. Markets invariably offer the best opportunities when fear and uncertainty are at their greatest. The carnage across virtually all financial markets and asset classes so far this year might not yet represent the moment of maximum risk aversion, but it has brought that time much closer.

With peak inflation approaching, policy tightening well underway and growth slumping, markets will in due course start to discount the recovery which will surely come. Patience, a longer-term perspective, and sensible diversification are invaluable at times like this, to avoid missing out on the early fruits of that 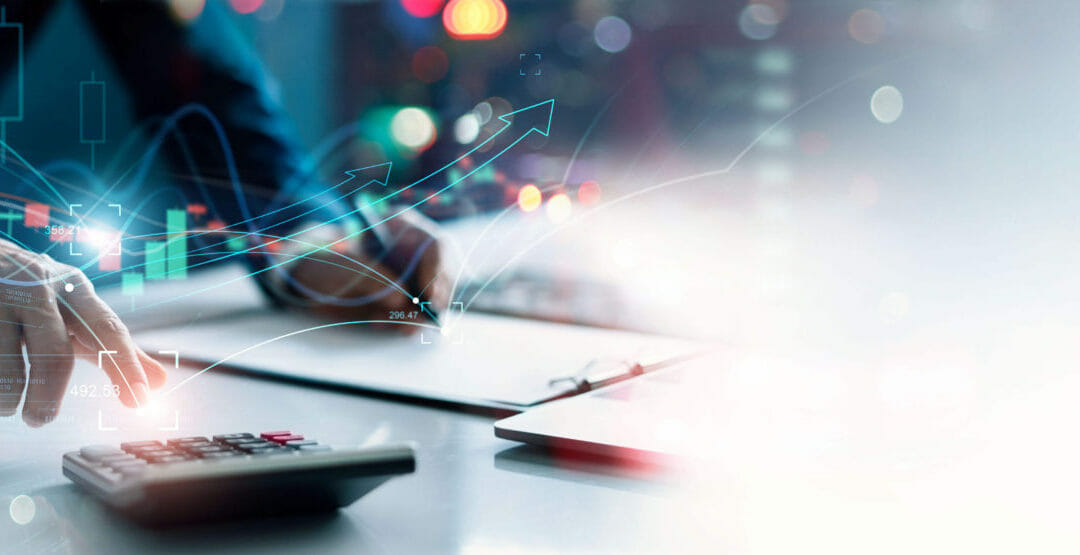 A discussion, not a debate: lifting the lid on active and passive investing 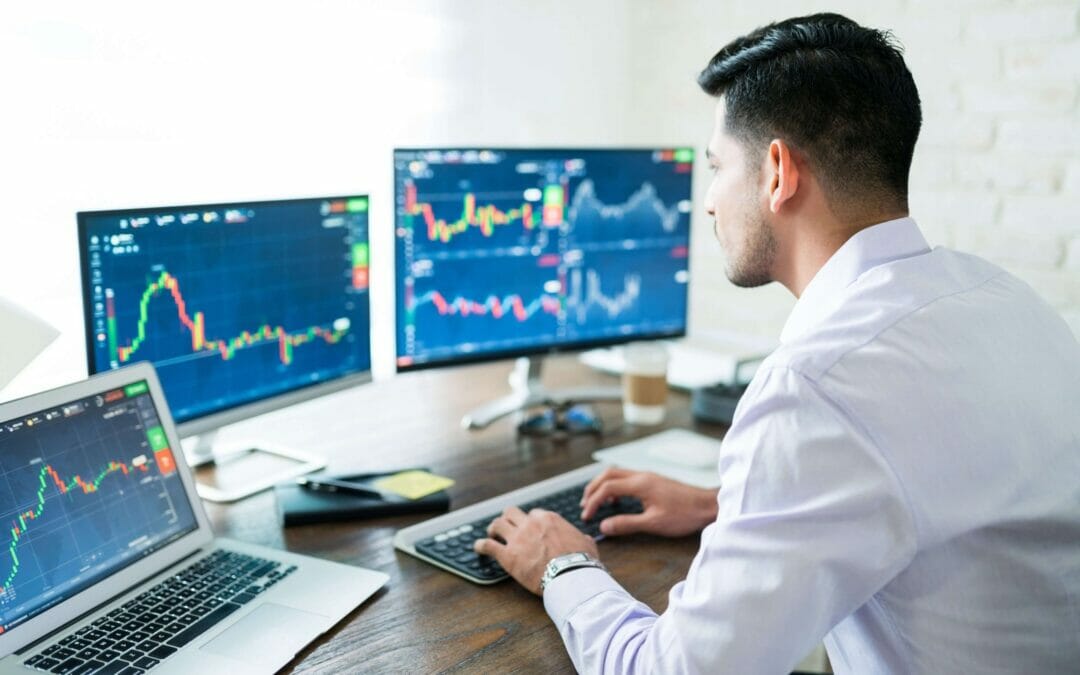 By Ben Seager-Scott, Head of Multi-Asset Funds at leading wealth manager Evelyn Partners For several decades government bonds played a crucial role in most portfolios - institutional, professional and private - thanks to some key characteristics. They offered... 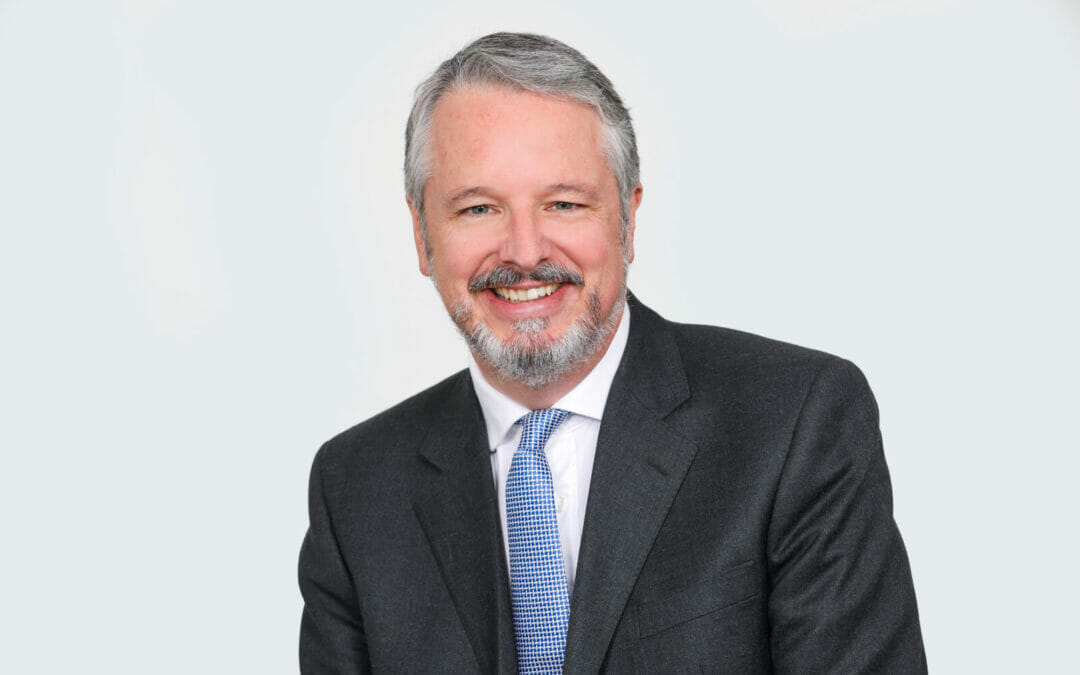 2022 has been a torrid time for bond exposure in multi-asset portfolios. But does this mean there are now opportunities for those who know where to look? John Stopford, Head of Multi-Asset Income and co-Portfolio Manager, Diversified Income Fund, Ninety One, shares... 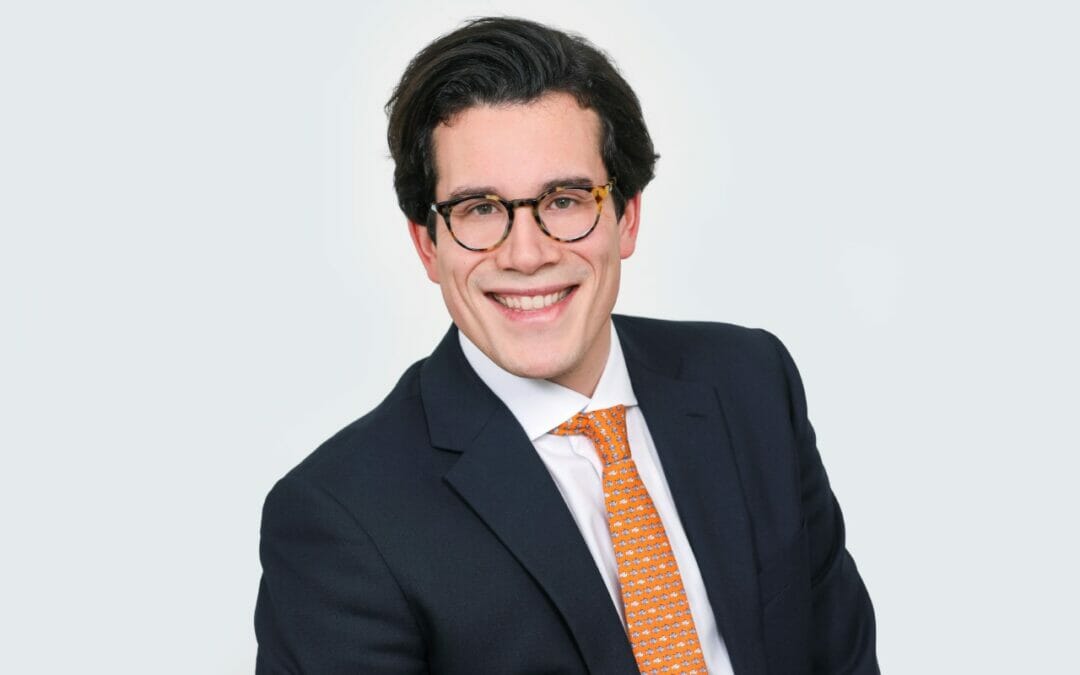 Written by Jason Borbora-Sheen, co-Portfolio Manager, Ninety One Diversified Income Fund Tight monetary and liquidity policy remains the focus in the US, and we believe the full impact of this policy has yet to fully play out across markets. Given the lags with which... 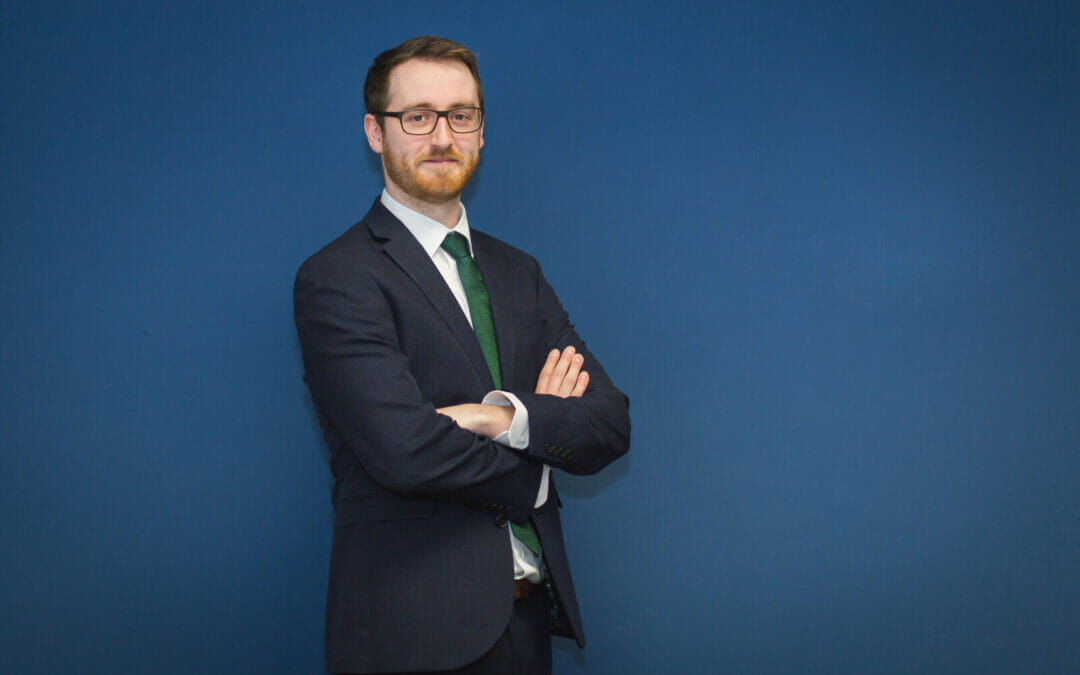 By Chris Rush, Investment Manager at IBOSS, part of the Kingswood Group So far, two areas, in particular, have influenced both relative and absolute returns in 2022. Bond duration has brought considerable losses to many low-risk portfolios and target-dated retirement...