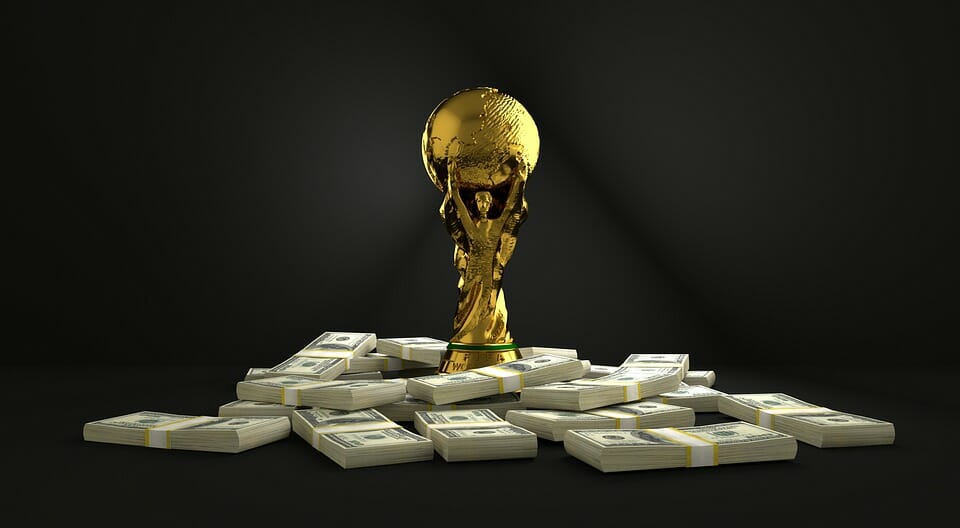 With World Cup fever in full swing, Luis García Álvarez, Equity Portfolio Manager of the MAPFRE AM Behavioral Fund and Co-Director of the Executive Program on Investment in Value and Behavioral Finance organized by ICADE Business School, has been looking at the World Cup from an investor’s perspective.

Luis Garcia said: “After no small amount of controversy, the FIFA World Cup 2022 has finally kicked off in Qatar. Over the course of the tournament, fans of the beautiful game will be spending many hours in front of their TV screens, enjoying what is arguably the world’s greatest sporting spectacle. However, if there’s one thing unites us as mutual fund managers, it’s our tendency (which could be seen as both a virtue and a vice) to look for opportunities to improve our portfolio performance everywhere in our lives.”

“In my particular case, this habit becomes almost an involuntary reflex during the World Cup, because I manage a fund that’s almost 25% invested in sports-related companies, with almost half of these being football clubs that are traded on the stock exchange. As investors, what should we be focusing our attention on during this World Cup in Qatar, and what lessons can we learn from it? Let’s take a look…”

“Arrival of new investors. Perhaps the most obvious conclusion we’ll be able to reach after the competition has ended is that this sport continues to be the most powerful media content at global level. This isn’t anything new, but when you combine it with the development of improved financial controls and increasingly well-prepared management teams in recent years, it means that new investors have arrived (or are planning to arrive) in an industry that was once practically ignored. This was especially true for those who wanted their asset management approach to be highly rational. In particular, most of these new investors entering the world of soccer are coming from the Middle East (the region hosting the current World Cup) or North America (the region that will be hosting the next one in 2026).”

“Business models are competing too. This mass arrival of new investors, into a market where supply is almost completely inelastic (meaning it’s virtually impossible to create new football clubs from scratch), is causing prices for these assets to rise sharply, and this trend is likely to continue. In our opinion, this influx of new money should result in attractive returns for those who are able to look ahead and select the right assets. However, as we’ve already been seeing in other sports such as golf and the booming racquet sport known as padel, the investor profile that ends up prevailing is far from insignificant, because the industry’s long-term financial sustainability is at stake. The good news is that it seems as though regulatory bodies have a clear idea of the direction they want this trend to take, and are imposing restrictive measures, among them stricter financial controls.”

“Investment with a social impact. If there’s one thing that has characterized the weeks and months leading up to this World Cup in Qatar, it’s the controversies surrounding the social and ethical implications that choosing this host country has had, with the situation further clouded by suspicions surrounding possible governance failures at FIFA when the host country was being selected. The world of sports (and specifically the world of football) is probably the best common ground we have available to us to make a positive impact on society through the concept of unity, to test and implement technologies that can improve how we care for the environment, and to promote good governance in our institutions. This is why it seems surprising that, at least up until now, ESG investment has received so little attention in this particular area.”

“Infrastructure as a source of revenue. Another aspect we’ll no doubt notice during the tournament is the enormous amount of investment that has been dedicated to building monumental stadiums specifically for this World Cup event. It’s very likely that many of these impressive assets will become white elephants shortly after the final whistle has blown on the World Cup matches they are hosting right now. In Europe, however, the opposite trend is very evident, where there are increasing efforts to ensure that sports infrastructure assets will continue to be used in an ongoing, efficient, and sustainable manner. If they include spaces suitable for hosting corporate events, conferences, concerts, or other sporting events, why should the clubs that own stadiums limit their commercial activities to hosting a match once every two weeks? Embracing this mindset opens up new avenues, which have already been tested with great success in the USA, to expand revenue streams while at the same time diversifying a club’s business activities to avoid exclusive dependence on their team’s success on the pitch.”

“Media hype versus the fundamentals. Finally, if there’s one thing that best sums up the World Cup, it’s the enormous amount of attention it attracts from a wide range of media sources. This is a phenomenon that also affects the soccer clubs that have shares traded on the stock market. Will any of the club’s star players be injured while playing on their national team? Or will they become famous for their World Cup heroics, sending their transfer price through the roof? For investors focused on the long term, as is our case, the impact of these headline-grabbing events should be fairly limited. However, they can also cause share prices to experience extreme short-term variations, either up or down. Media hype is an investor’s worst enemy because it clouds rational judgement and overshadows information that is actually important. On the flip side, it can also be a boon to those who are able to control their emotions and analyze the situation rationally, because extraordinary opportunities can arise in a way that only occurs when the market temporarily loses its head.”