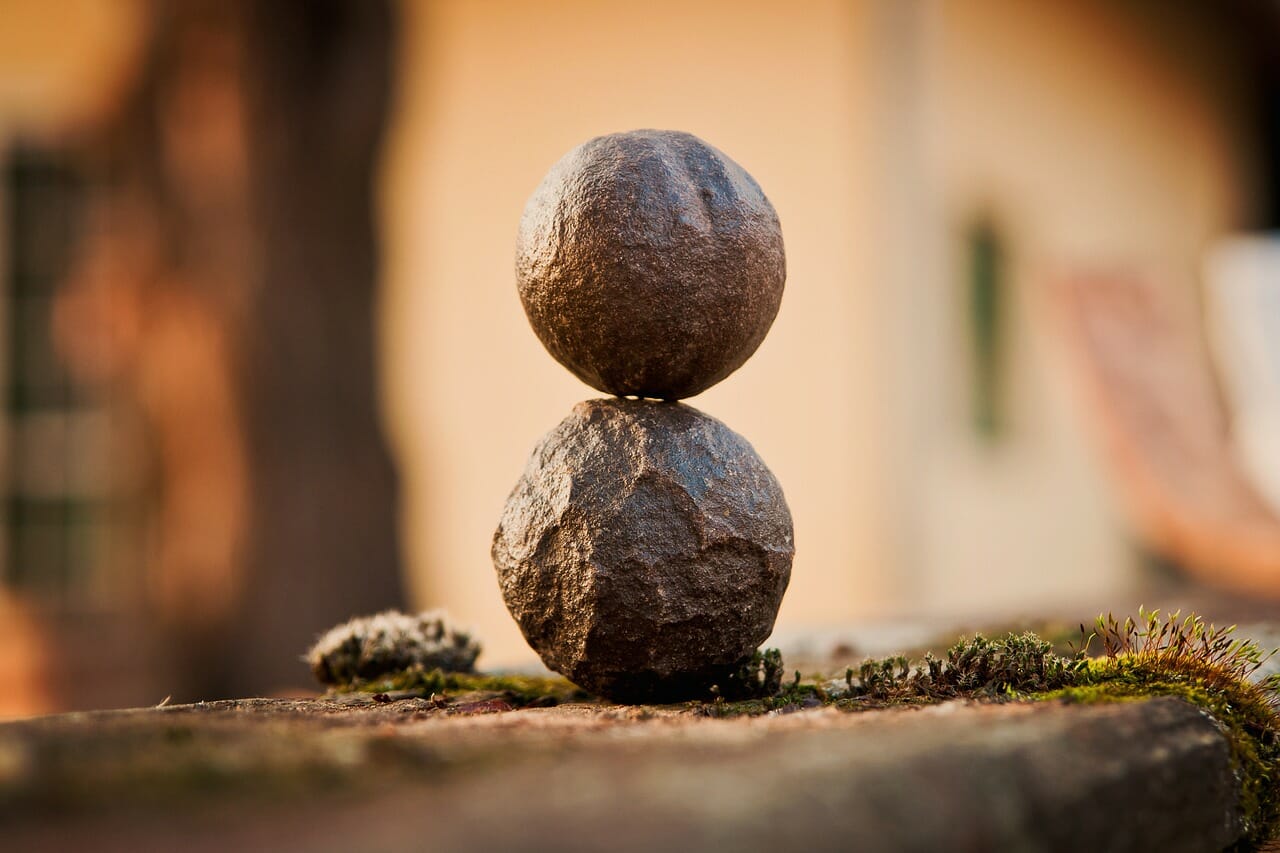 The East and West appear to be headed in different directions in terms of their economic prospects. The East may benefit from China’s easing and supportive growth characteristics.

Meanwhile, the West is mired in slowing growth, excessive levels of inflation and central banks ever more eager to take down inflation through conventional tool kits designed to slow demand.

Of course, this significantly raises the odds of a recession should they collectively follow through on the tightening plans which the markets have currently priced in. So, this is the question: to what degree would inflation, or the economy, need to fall in order to induce a pivot to something more dovish?

In terms of the recent data flow, there is little to stand in the way of the US Federal Reserve (Fed) proceeding on course. Payrolls look healthy, and yet again inflation surprised to the upside. We do see metrics suggesting inflation could/should begin to ease, but the Fed has set its course and is likely to stick to it until firmer data points to the contrary.

This does change the outlook and the construct of portfolios moving forward—to remain defensive— but we do (cautiously) focus on opportunities, such as China, which has a much more sanguine macro profile.

The risks to the downside are many and we remain wholly focused on them. Chief among them is the risk to global demand and growth.

There are also systemic risks building up, mainly embedded in Europe where the European Central Bank (ECB) is preparing to tighten monetary policy but is facing difficult choices as it reduces easing facilities employed since 2012 to keep the European Union intact.

We downgraded growth assets to a larger underweight as well as defensive assets to just below neutral.

As rates continued to lift off on a higher inflation print, in June the Fed pivoted to a more aggressive stance—hiking by 75 basis points (bps) as opposed to the 50 bps expected just days before—taking a hard stance to use tight policy to reduce inflation while acknowledging that the risk of a hard landing would be on the rise.

Oddly, markets welcomed the pivot, bidding rates and to some extent equities, on the premise that there likely will be a recession, so they are now aiming to price the easing that will soon follow.

Markets do price in the future, but without any meaningful declines in jobs or earnings expectations, it is difficult to see how they can price through the pain ahead; the decline in equities is meaningful but it is still far from having taken out the excesses in the stimulus frenzy.

We downgraded developed market (DM) equities in favour of those from emerging markets (EM), mainly for the massive policy divergence between China and other continues, and because of relatively benign inflation conditions.

We also reduced commodity-linked equities in favour of more stable REITs given the impending recessionary hit to demand. On the defensive side, we reduced DM sovereigns and investment grade (IG) credit as rates in favour of EM local currency (LC), which offer better yield with rates showing remarkably less volatility than their DM counterparts, and also gold, which is a natural hedge to a policy mistake. 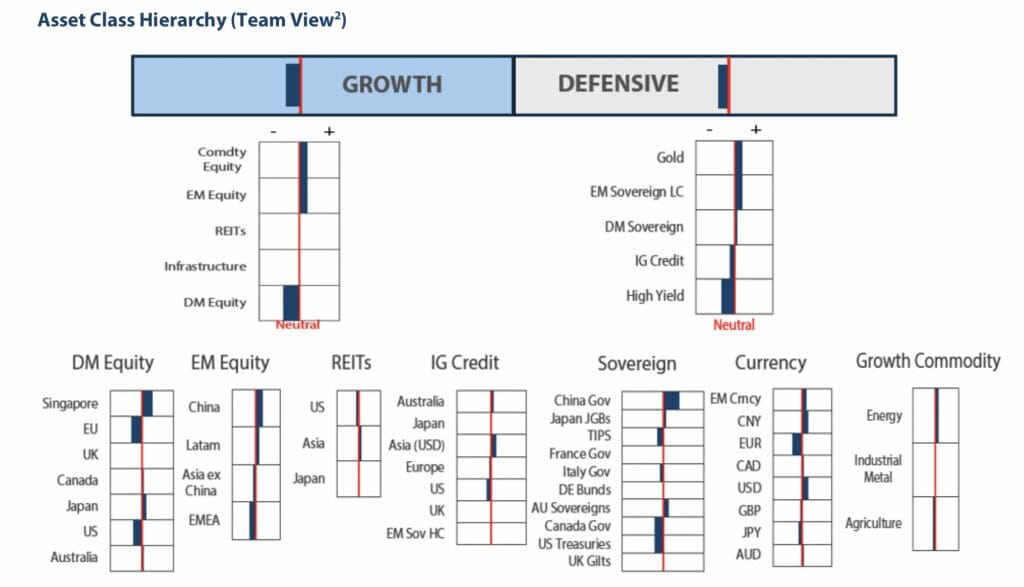 Outside of China, the June sell-off spared few markets. But the behaviour of the market since the abatement from the worst of the sell-off was informative.

First, our preferred equity exposure, which is a value tilt, sold off on par with “growthier” peers (different than its YTD relative resiliency).

Second, the energy sector, another of our preferred equity exposure, sold off aggressively (worse than the broad market) and the recovery since has been meagre at best. Both of these equity exposures benefit from improving demand—and if demand is at risk, these equity classes are also at risk.

Of course, market sentiment can shift on a dime, but the notion of deteriorating demand is certainly a growing risk that is consistent with a surprisingly hawkish Fed. The situation in China could not be more diametric with inflation in a normal range, while the People’s Bank of China (PBOC) and the broader government have taken strong actions to support growth in stark contrast to the West.

We certainly view Asia favourably, and more specifically China, pending the spread of new demand to its neighbours. However, we stay cautious on growth exposures in general, based on the extent of the rising risk that Western economies may fall into recession.