Head of Indian Equities at Baring Asset Management Ajay Argal gives his views, one year on from the Indian general election:

“One year on from the elections, and we remain positive on the prospects for India.

Market overly focused on the short-term

After a strong if volatile performance in the wake of the election last year, investors in India have seen some weakness over the past month.

Far from reflecting a weakening of the investment case, we believe this presents an opportunity as, in our assessment, the long-term investment case is undimmed and market expectations for earnings growth at companies had simply risen to levels which  were unrealistic in the short term.

It is our assessment that the government is operating much more effectively than the previous government, and we remain confident that the earnings growth being sought will start to come through in the coming quarters for the corporate sector.

Our confidence in the progress made by Mr Modi’s government can be seen in the legislative programme, where they successfully steered three out of five important bills through parliament.

The first of these was the Coal Mines (Special Provisions) Bill 2015, which allows private sector mining in the coal sector.

By permitting coal block auctions for private companies for captive use and direct allotment of coal mines to central and state public sector undertakings, domestic coal production and, in turn, domestic power generation, should increase substantially.

The second was the Insurance Laws (Amendment) Bill 2014, which allows foreign insurance companies to hold as much as 49% of domestic firms, up from 26%. In turn, that will facilitate foreign direct investment into India.

Finally, the Mines and Mineral (Development and Regulations) Amendment Bill 2015 lends clarity to the development of mines and the allotment of new mines by allowing the central government to invite competitive offers for grant of mineral concessions in the case of coal minerals, and state governments to do the same in the case of other minerals.

Not so bad news

Where investors have expressed concern has related to the much-anticipated Goods and Services Tax (India) Bill, which would go some way to create a common market in India by dismantling fiscal barriers between states, but has been deferred.

While this naturally disappointed investors, Finance Minister Arun Jaitley has committed to passing it in July. Furthermore, the authorities remain committed to the Land Acquisition Bill, albeit while recognising that there may need to be some compromises to get it through parliament.

In terms of other improvements, the working of government administration has certainly improved, as have business confidence and consumer confidence. Although this is not yet translating into capital spending, we have started to see higher activity in some areas, such as road construction orders.

As we mentioned after the election, Mr. Modi and the government have a mandate to govern for the next five years. In that context, we view the past twelve months as a good start.” 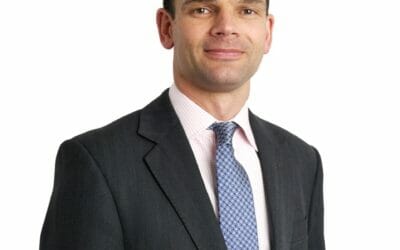