Blackfinch Ventures: In the spotlight

IFAM: The UK appears to have a strong start-up/ entrepreneurial culture – what do you put that down to?

RW: UK business and culture has long been infused with entrepreneurial spirit. History also tells us that the UK has consistently succeeded based on innovating in hard times. We are seeing history repeating itself in this great way now as many new firms successfully pivot with the pandemic.

Academia has also been key. Our world-leading educational institutions have ensured that the UK has always been very strong on research and development. This has led to a healthy spin-out culture with many start-ups growing directly from university-based innovation.

The Government has played an integral role in encouraging UK entrepreneurialism. This includes launching the Enterprise Investment Scheme (EIS) and Venture Capital Trust (VCT) in the mid-nineties to encourage investment in small, growing firms. There continues to be clear recognition of how vital entrepreneurialism is to the UK economy.

IFAM: Looking specifically at EIS, how does your approach align with the Government’s ethos on EIS?

RW: The Government’s changes to EIS in 2017, directing investment from asset-focused to innovative companies with genuine risk to capital, were an adjustment for investors. However, it demonstrated the Government’s ongoing commitment to EIS.

It has also made sure that EIS is about getting funding to firms which are rich in ideas and innovation and are going to power the future UK economy. This is evident in many aspects of legislation, including the increased amounts which clients can invest and which companies can raise.

With a technology mandate, we’re fully aligned with the Government’s sharpened focus on EIS. Through our extensive networks we’re connected to the kind of companies that the Government wants to support. We invest in the best new technology and technology-enabled firms from around the UK.

IFAM: Do you have any concerns that future Government changes could undermine the scheme’s effectiveness?

RW: We remain positive on Government support for EIS, which it launched in 1994. Moreover, alongside channeling money into new UK firms, over this time it has become a valuable tax-planning tool for investors. Taxation remains a key issue for the Government and taxpayers, but now more than ever, innovative early stage technology companies need investment to fuel theirs and the economy’s growth.

IFAM: If you could influence changes to the schemes, what would you suggest?

RW: Gaining EIS advance assurance can be a complex and slow process for early stage companies. It would be good to see this process streamlined and simplified so that it doesn’t create a barrier in terms of investment timescales.

IFAM: Has the continued confusion over Brexit affected the future of EIS?

RW: The UK Government announced new legislation for EIS from 2017, a year after the referendum result, so in this context its future has not been affected. In practice we are not seeing Brexit create a big impact in terms of the ambition of early stage technology companies. Their ability to react quickly in the marketplace has placed them at an advantage over larger firms in this respect.

IFAM: Do you see any clouds on the horizon such as Covid-19, trade wars or falling economic growth etc. that might spoil the party?

RW: Geopolitical tensions and economic instability will continue to influence investor sentiment. Clients could become more reticent about investing overall. The impact of the coronavirus pandemic on individuals and businesses also continues to be felt. Specifically, the rise of remote working is going to shape several industries and the impact of that is likely to be considerable.

However, the unlisted investee firms which make up EIS portfolios are likely to be slightly more insulated from economic shifts. Furthermore, as part of being innovative by nature, they’ll have an ability to keep adapting and evolving in this environment. Within the technology space, it’s these kinds of firms that we seek to support. 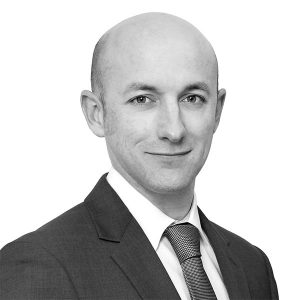 Reuben is Head of Ventures, Blackfinch Ventures. He is an award-winning entrepreneur with 15 years’ experience founding and growing start-ups. His smart home energy spinout, Joulo, won a British Gas Connected Homes award and was acquired by Quby. Reuben was a leading figure in entrepreneurship at the University of Southampton, founding the accelerator Future Worlds, and mentoring over 200 entrepreneurs and 50 companies. Reuben has a degree in Electronics, a PhD in integrated circuit design and is an inventor on five patents.

Asia report: Most markets higher as investors watch US chaos

US open: Stocks in the green despite anarchy at the Capitol

Engine No. 1 formally nominates four director candidates to Exxonmobil Board

The real and ongoing ramifications of the global pandemic

Save the dates and register now

Asia report: Most markets higher as investors watch US chaos

US open: Stocks in the green despite anarchy at the Capitol