Live in Italy for any length of time and you realise that Berlusconi is not the comic figure that many foreign media like to paint him. He is held in great esteem by much of the country’s population, especially the men who cannot help but be impressed by the tales of Bunga Bunga parties.

He may be doing a year’s community service at a nursing home after being convicted for tax fraud – his  sentence of four years inside was commuted to four hours work a week with the elderly   – but it would be a mistake to think that this man, who was President of the Italian Council of Ministers (the head of the Government) three times for over eight years, is going to sail off into the sunset. And let’s not forget, the Forbes magazine puts him as the richest man in Italy with assets of around $12 billion.

Say what you like, and we’ve all seen the pictures of Italians cringing after some of his antics, Berlusconi is still a huge figure in the country’s politics and what he instinctively understands is that having bad publicity is not as bad as having no publicity.

He is a colossal figure to many Italians, something which is not appreciated in the media outside of the country, and it’s likely he will remain so long after his obituaries have been written.

Having lived in Italy for a while, it quickly became apparent that his ownership of a number of the key television stations (via his company Mediaset) has a great advantage: he is forever on screen. Whatever he did, or said, was portrayed with a great respect that befits a statesmen, or the boss!

Every night Italians get treated to Berlusconi speeches, visits and pronouncements, even when the news of the day was the appointment of a new Prime Minister, or the salvage of an ocean liner off the Tuscan coast.

Good, or bad, Berlusconi is adept at picking up the vibes, of peddling a political personality that would have other European leaders red-faced and out on their ears.

Berlusconi is Teflon coated because he knows how to play the game – it may be a particularly Italian game, one whose rules are not immediately apparent to people outside of the country – but he is a master politician; one who knows how to work the ropes.

The last act of the Berlusconi opera is far from over – the fat lady has yet to sing. 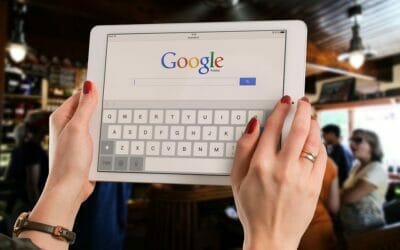 ‘Gross Domestic Product’ (GDP) is the most misunderstood finance term worldwide, with an average of over 165,000 searches each month for its definition.  That's according to new research by City Index. In this study, the experts utilised search analytics...