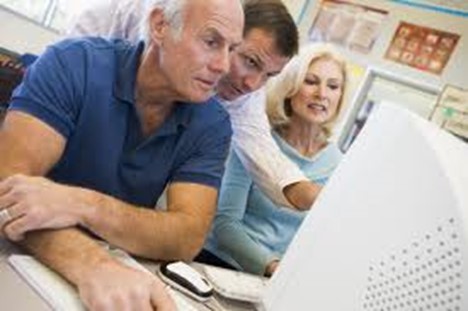 Closing the skills gap would provide a £150bn uplift to GVA by 2030[1], but the think tank’s research estimates that almost seven out of 10 businesses have not offered their employees any formal training in the last 12 months.

It comes as over half of business leaders (56%) thought that there should be more emphasis on retraining employees in the middle of their careers, and a massive majority of 97% agreed that offering formal training beyond the basic functions of a job has a positive effect on people’s performance at work. Yet, shockingly, 37% of businesses had never offered employees any formal training.

44% said that their reason for not doing so was that their staff ‘did not need any formal training’, which is concerning given about 94% of today’s workforce lack the full suite of skills they will require in 2030 to perform their jobs well[2].

Conversely, Never Too Late to Learn – containing research commissioned by Phoenix Insights, part of Phoenix Group, and carried out by Public First – reveals workers are overwhelmingly positive about the value of lifelong learning to them. 70% of people surveyed agree that today’s economy makes retraining more important than ever, while 74% felt that having access to more routes to formal training would help them adapt to longer careers – a likely consequence of living longer lives.

However, nearly half (48%) say they have never considered retraining themselves, rising to 60% of 45-54-year-olds. Moreover, three in five individuals believe the government can only expect people to retrain if they are guaranteed a job afterwards.

The researchers also examined the personal reasons preventing more midlife and older workers retraining and identified lack of familiarity with the education system, a need to balance work and caring responsibilities and low confidence as key barriers.

While workers are typically interested in upskilling, they are also risk averse which is why Phoenix Insights believes UK businesses can play a vital role in supporting employees and making the benefits of upskilling clearer.

The think tank, which was set up to address the challenge and opportunities of longer lives, is specifically calling for:

The report also raises serious questions about the government’s planned Lifelong Loan Entitlement (LLE) scheme. While 70% of employers are supportive of the LLE in principle, almost half (48%) don’t think their employees want to take on more debt.

“With more people living longer, how we upskill, reskill and retrain our workforce has never been more important – but this is no longer tomorrow’s problem. The government wants to unleash economic growth and we believe this cannot be achieved without investing in lifelong learning, today.

“Reskilling and retraining midlife and older workers would not only increase productivity and accelerate growth, but also help individuals prepare for living longer lives by enabling them to work for longer and save more.

“Breaking down barriers to lifelong learning can even help reverse the concerning trend of over 50s dropping out of the labour market, many of whom don’t have adequate savings for later life.

“Businesses are in a privileged position to lead change within their own workforces and we want them to make upskilling midlife and older workers the norm. With the right support from government and providers, employers can harness the power of lifelong learning to create better outcomes for business, the economy and individuals.”

“Our research shows that while people like the idea of lifelong learning, they don’t like the idea of a lifelong loan. Fear of taking on additional debt will be a huge barrier to mid- and late-career workers embracing the Lifelong Loan Entitlement, which is why we think there should be clearer assurances of job and career progression for everyone who retrains via the scheme. With some focused tweaks, the Lifelong Loan Entitlement can become a vital tool in helping over 40s make the shift they need to earn more, work longer and contribute to a productive, growth economy.”

A 42-year-old train driver who took part in focus groups for the research summarised midlife workers’ attitudes to reskilling, saying:

“It’s a gamble. Especially, if you’ve got mortgages, and if you’ve got children or whoever that depends on you… even if something new comes up. You look at it and go,  but what if?”

Never Too Late to Learn can be read in full from Tuesday 18 October at https://www.thephoenixgroup.com/views-insights/phoenix-insights/publications

[2] The economic case for reskilling in the UK: How employers can thrive by boosting workers’ skills | McKinsey

Not just a present for Christmas: Saving for children with investment companies

With Christmas around the corner, children are eagerly waiting to start opening advent calendars and counting down the days to see what might be under the tree for them. But parents and grandparents wanting to give a gift that lasts a bit longer might like to consider...

If you’re a Russian kleptocrat who wants to launder money through the UK to help finance Putin’s war in Ukraine, do it in Northern Ireland. New data has identified the province as the UK’s most vulnerable area for dirty money. The region’s exposure to money laundering...