There are two parts to any investment strategy, the long-term strategic positioning of a portfolio in pursuit of long-term objectives and the short-term tactical positioning, which tries to navigate the here and now. At Rowan Dartington, we espouse a wedding cake analogy, whereby 90% of our portfolio strategy is determined by the “fruit” part of the cake, or the asset allocation. This is why we meet and deliberate on a bi-monthly basis to make occasional changes to remain focused on the long-term.

The remainder of the cake is split equally between the “marzipan layer” of geographic positioning and our fixed interest duration, and the remaining 5% being the “icing”, which includes specific collective fund exposure and our direct equity stock selection. It is these last two that often grab attention, leading to questions such as whether we hold the Woodford UK equity income fund or if we had Carillion when it went under. These are, actually, the least relevant in terms of potential performance impact and miss the point entirely when judging the quality of investment management.

For the record, we don’t hold either. But the far more influential issue which should be discussed is asset allocation, and most importantly in 2018, whether we had significant US equity exposure and insignificant Emerging Market exposure. The former is up around 10% and the is latter down around 20%, year to date.

Overall, equities have gone roughly nowhere in 2018, excluding the US market, with the MSCI World ex-US up just 2.7% at the time of writing, which barely covers inflation. So, whilst it has been very easy this year to build a bearish scenario with all the media frenzy over Brexit and tariffs, investors have generally not lost and not gained. This is mainly down to a lack of sellers and a lack of buyers. The former have no attractive alternatives which can replace equities as part of a longer term strategy should they decide to sell, whilst the latter are too nervous to buy today, seeking out a lower buying opportunity which surely must present itself with all the bearish sentiment.

For the market to break out from this narrow trading range, there needs to be a catalyst which causes a change one way or the other. It is difficult to envisage a new negative that hasn’t already been thought of in the UK, bearing in mind the obsession with the Brexit turmoil. As for the tariffs, last week saw the US equity market hit new highs because the first stage of the next round of Chinese tariffs was only 10% for now, rising to 25% in the New Year. The interpretation of this was that Mr Trump clearly still wants to extract a deal and isn’t hell bent on penalising China at all costs in a rival superpower conquest. This illustrates a market mind-set that remains glass half-full, constantly trying to assess risks, discounting them as quickly as possible, whilst remaining fully exposed to equities. The outcome is a foregone conclusion given that there are few attractive alternatives to equities. Strategically for the longer-term, the opinion remains that investors want and need to remain exposed to equities and so will discount the global worries as they come along and assume all is well.

Although the market headlines reported that the US equity market hit new highs, which seems intuitively odd and somewhat irrational, it is important to dig under the bonnet to understand why this happened. The whole collective of the investment community isn’t stupid and misguided. Any investor who scoffs as a market moves and proclaims to know better and that the entire market collective is wrong, has a disproportionately high, opinion of his own abilities and knowledge. The net result of last week was a new market high but digging into this we observe that this headline was enabled by the Dow Jones Index and not the broader S&P 500 or the technology laden Nasdaq.

Looking at the very short-term, for September, the Nasdaq is down almost 3% whilst the S&P 500 is up 0.3% with the Dow leading the pack up 1.6%. Last week’s push forward was driven by large companies which have been impacted by the steel and aluminium tariffs amid concerns regarding Chinese export demand – companies such as Boeing and Caterpillar which have risen by 8.6% and 12.6% respectively in September. The darlings of Apple, Amazon, Facebook, Google & Netflix have been retreating with month to date movements of -4.3%, -4.7%, -7.0%, -4.3% and -1.8%. Clearly, this is the thinnest of wedding cake icing observations, but noteworthy nonetheless.

Over the last year, each time we have gathered around our asset allocation committee table and considered our “fruit cake” mix, there have been numerous areas of concern where we would feel more comfortable having less exposure. But the problem has repeatedly been that if we lighten up in equities in any geography, what do we do with the proceeds? Every time, the alternatives have looked less attractive than the existing investment, so we maintain the mix. The only exception to this has been UK equities after their strong rally in the second quarter which led us to switch more into overseas markets. It is important not to get consumed by the media frenzy of today and forget the longer-term strategic direction of an investment strategy. An overweight equity allocation and a consequent underweight to fixed interest does make sense if you believe that global growth will cope with the tariffs and as a result, interest rates will continue their gradual rise, mainly in the US, as we come off the liquidity support of QE.

If you actually look into the proportion of global GDP that is affected by even the worst-case scenario of a 25% tariff on all US imports from China, this is a relatively small number. Even with the Brexit developments, or rather lack of, whilst this has affected Sterling, this has pushed up the UK equity market for all the usual currency translation reasons. An investor with significant UK equity exposure is not negatively affected by weaker Sterling, due to over 70% of UK earnings being from overseas. Of course, there are impacted companies observing the worst-case scenarios, but we export relatively little in terms of our overall economy. The risk for German car manufacturers is that the UK choose to impose tariffs in retaliation for some other EU tariff or tariffs appear by default via some WTO rule or that the customs arrangements tie up cars at the docks. Neither the EU or Germany is going to insist on tariffs which will make one of their principal UK exports less competitive.

Clearly the acrimonious exchanges between Downing Street and Brussels do not help any board room in any UK or European company. Quite where we go from here is anyone’s guess, but we believe the collegiate will overcome the trepidatious way to agree a deal and a compromise will be found.  Bizarrely, Donald Tusk’s tweets, also involving cake, have delivered Theresa May some sympathy support and possibly hardened the anti-EU Sovereignty view. Interesting that another Donald should be engaged in this!  It is also amusing to watch the Labour party squirm over a potential second referendum. There are three inputs to this. Those in favour based on the principal of knowing what the vote is about this time and those against, citing the affront to democracy view. However, there is a third approach which is based on politics alone. If the Labour party ties itself to a second referendum and Theresa May manages to pluck an acceptable deal out of the hat, which gets through parliament, then this will look like a vacuous and irrelevant position which will then be viewed as anti-democratic and very left wing. Hence, the reason why Corbyn wants a General Election to decide the matter if parliament fails to agree whatever deal is on the table, but then that isn’t his privilege.

Coming back to investment strategy, we know that the Brexit issue will pass, but more impact would be a Labour Government brought about by Brexit chaos in parliament. Regardless, investors will presume this to be negative and any increase in that likelihood will further undermine the attractiveness of UK equities. Conversely, the US appears to be the main winner in the tariff war, but it also holds the cards as to when it steps back and agrees a deal, but it also owns the global reserve currency if the outcome is really nasty. Meanwhile, Emerging Markets have been very weak but could get weaker from here. For the long-term investor, buying China at a discount when it is successfully shifting its economy to domestic demand and away from export-led demand will be a sensible decision at some point. However, it requires a bet on the predictability of Donald Trump and when he will compromise which is never a cake walk.

A growing interest in platform research

Platform usage Defaqto asked advisers to advise, approximately, what percentage of new business they place 'on platform'. Their research indicates that 94% of respondents place 50% or more of their new business on a platform. This confirms the general, steady trend... 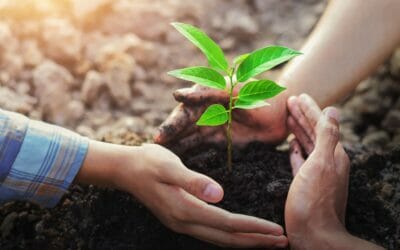 Over the next five years M&G aims to invest up to £5 billion in privately-owned enterprises that are tackling environmental and social challenges across the globe. The initiative is called Catalyst and IFA Magazine Editor, Sue Whitbread, recently spoke to Adrian...

Income in retirement: smoothed with profits could be key

Wesleyan highlights why a smoothed with profits approach could be key for advisers helping their clients to navigate an appropriate investment strategy in a decumulation phase. Establishing the right investment strategy to deliver a sustainable income through...