For the last few months IFA Magazine has been reporting updates on the ground breaking initiative led by Paul Wilson (pictured), Chairman of IFA Magazine publications. It aims to change the unwarranted negative narrative around EIS, VCT and BPR schemes.  With the schemes often erroneously associated with socially unacceptable aggressive tax schemes, the campaign aims to set the record straight and highlight the significant range of benefits they deliver – including huge social dividends. The aim is to provide the focus required to help advisers and investors to understand more about how the schemes work, what their objectives are and why they attract government support.

IFA Magazine’s sister publication EIS Magazine is driving forward this initiative arguing that it is time for these schemes to be considered in their own right as valuable investments, and for the broader impact they have on growth in the economy rather than simply for their tax efficiency.

The campaign working group has been active over the summer months. Indeed, readers will notice the hand of this policymaking group behind the content of the 2016 EIS Yearbook which will shortly be published. A copy will be distributed to all subscribers to IFA Magazine free of charge.

The working group met in September to agree the remit for communications. Given the broad industry wide interest that has emerged, a communications group has been appointed to co-ordinate the messages and messaging effectively between the primary players in the sector. It also provides the resource for briefing journalists, politicians and key business leaders of the details and the importance of supporting enterprise and job creation in this way.   The object of this is to ensure that, as advisers, you can be reassured that your clients will be able to invest in EIS with confidence that these are mainstream investments, no different from ISAs when it comes to tax management acceptability, which are focused on delivering returns through success in the underlying investments they support.

Essential to the success of the campaign going forward will be an Adviser Committee which can feedback the needs of Investment Advisers for which nominations are currently being taken.

Campaign leader Paul Wilson comments: “It seems that Brexit vote could deliver particular benefits for the sector – indeed we can point to this as a silver lining in the Brexit clouds for those who voted ‘Remain’.  Focusing investment in British industry will be paramount for a Britain outside the EU in whatever form Brexit takes. This means that support for our campaign is likely to grow as the sector expands exponentially over the next few years. In the UK, whatever the many political differences which so clearly exist, all parties appear to be committed to supporting enterprise activity and job creation here in the UK. This makes our job all the more important, that we work together to shape what this should look like.

So what’s next for the campaign?  “The Communications Group meets in October and it is anticipated that will generate much output right across the field of influence around EIS” said Wilson. “Also I’m pleased to report that the EIS Yearbook 2016 will provide the first tangible evidence of this new approach. In my opinion it is essential reference material for every adviser, If EIS is not something you currently consider for clients, this guide is an excellent way to bring yourself up to date before clients start asking for these investments directly.” 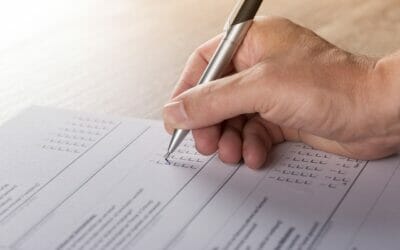