From today, China’s domestic companies are going to be more relevant for IFAs and their clients.

MSCI, the world’s largest stock index provider, has for the first time agreed to include the country’s mainland domestic stocks in one of its key indices.

China’s A shares, some 222 companies, will now be added to the MSCI Emerging Markets Index.

So, like it, or not (and there are worries about the transparency of some Chinese companies), these stocks are now on our radars.

Bill Maldonado, CEO, Asia Pacific, HSBC Global Asset Management, said: “The newly announced decision by MSCI to include China A-shares signals a significant step in the opening up of Chinese capital markets to international investors, in a coordinated and controlled manner. While the inclusion is unlikely to be the catalyst that sparks a re-rating of the market in the short term, it is conducive to capital inflows to the onshore equity market in the long run.

“As the global economy shifts from West to East and China continues to progress its RMB internationalisation agenda, more international investors will recognise the immense investment opportunities China offers and gradually start getting and increasing exposure to the country in their diversified portfolios. The Chinese equity market offers unique opportunities across sectors including technology and ‘new economy’ stocks which we believe are key growth contributors to our Chinese equity portfolios. ”

Analysts Mike van Dulken and Henry Croft at Accendo Markets told their clients this morning: “MSCI finally including some China mainland stocks (A-shares) in its indices, thereby obliging $1.6tn of tracker funds to hold the shares, has done little to boost investor mood. It had been on the cards for years, many of those included were already available via the new HK trading links and they will still only represent a small portion (0.7%) of MSCI’s flagship index.”

Aidan Yao, Senior Emerging Asia Economist at AXA Investment Managers (AXA IM) said: “After three failed attempts, MSCI finally granted China’s A-shares the membership to its global equity indices. Although only a symbolic event – insofar as its influence on near-term capital flows is concerned, symbolism matters for China’s retail-dominant market (via its impact on sentiment) and the Chinese leaders, who will see this as another milestone for financial liberalisation.

“Together with RMB’s inclusion in the Special Drawing Right (SDR) and future inclusion of China bonds in global fixed income indices, we think today’s MSCI move will help to accelerate China’s financial integration into the rest of the world. For global investors, while the inclusion will not trigger an immediate and wholesale change in their asset allocation, it will put Chinese equities on the map. Ignoring this market will become increasingly difficult, as Chinese assets are making their way into global benchmarks.

“Below we discuss the key issues relating to the MSCI inclusion in more details:

“For Beijing, the MSCI decision will be seen as another recognition for China’s financial liberalization. Together with RMB’s entry into the SDR and future inclusion of China bonds in global indices, the MSCI move could encourage the Chinese leaders to speed up capital market development. We are at the initial stages of China’s financial integration into the global system, whose impact could be as powerful and profound as its economic integration in the past decades.

“As it currently stands, Chinese equities are not unattractive from a valuation (Shanghai trades at 16 times PE) and earnings growth perspective. With macro condition stable and RMB actually appreciating lately, investing in Chinese stocks does not seem like a bad trade. Longer-term, however, the market outlook will depend on how the structural imbalances in the economy can be resolved by reforms.

“We are encouraged by the recent progress on financial deleveraging, as it shows that Beijing is committed to do what’s needed despite the short-term pains. We think the pace of reforms could accelerate after the leadership transition in the fall, and such is needed to underpin our cautiously constructive outlook on the Chinese economy/market over the medium to long term.” 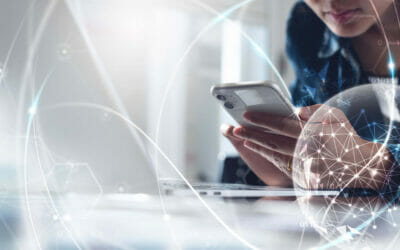