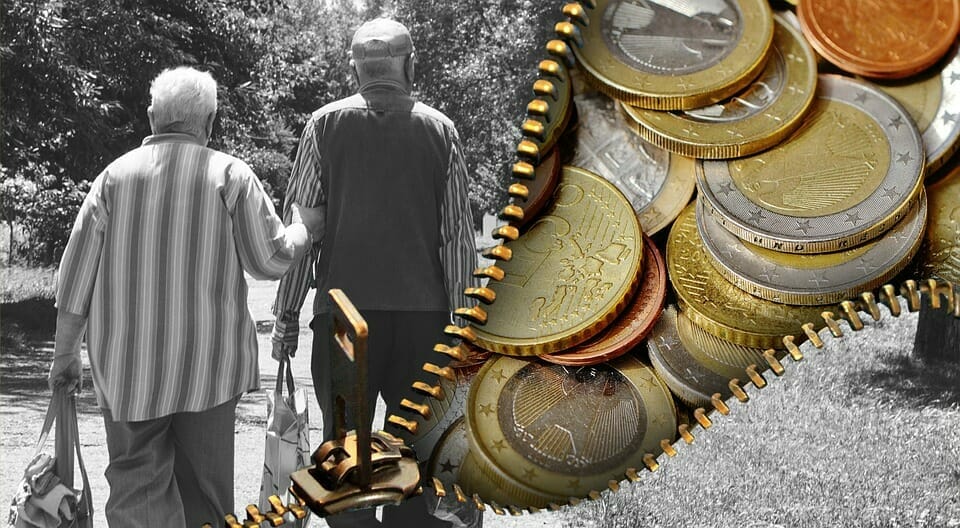 As the economic landscape continues to deteriorate and consumers feel the pressure on their finances, almost one in ten (8%) are searching for a second job to increase their income, according to new insights1published today by Standard Life, part of Phoenix Group.

And, it’s women who are more likely to be look for a second job to boost their income than men (10% vs. 6% respectively). Those seeking extra forms of employment are likely to be ethnically diverse too with 19% of those of mixed ethnicity seeking an additional job, compared to 14% of black people, 12% of Asian people and 7% of white people.

The new findings are contained in Standard Life’s Retirement Voice study which captures the views and attitudes of working-age and retired British people about retirement planning and their finances. In its second year running, the research was conducted among almost 6,000 consumers across the UK – spanning five generations, a variety of cultural backgrounds and a broad range of household affluence.

Millennials and minorities are seeking work that pays more

With the majority (58%) of consumers admitting they are concerned about running out of money in the current climate, many people are looking at ways to boost their take-home pay. Indeed, one in ten (10%) of those aged between 26 and 41 plan to change their current job for one that pays better. Asian (11%) and black people (12%) are also more than twice as likely as white people (5%) to say they’re thinking of finding new employment to improve their finances.

The current economic environment is forcing a new generation of pensioners to unretire with Standard Life’s research revealing that 15% of retirees over the age of 65 saying that they have returned to work. The necessity to return to work has fallen disproportionally on women over men with more than a third (36%) citing that they did so as their pension didn’t give them enough to live on, compared to just 18% of men.

But it’s not just pensioners that are unretiring. Many soon to be pensioners are now re-thinking their plans, with 13% of over 55s delaying retirement because of the cost-of-living crisis.

As well as pushing people to remain in or go back to work, the cost-of-living crisis is also forcing people to consider cutting back on their everyday spending as they contend with soaring bills. Non-essential outlays bear the brunt of people’s saving push with the spend on TV subscriptions (50%), luxury leisure memberships (45%), gym memberships (36%) and music subscriptions (31%) most likely to be stopped or reduced in the scramble to boost income levels.

While a quarter (25%) have had to curtail their savings, a much smaller amount say they would cut back their pension contributions as a first port of call (8%) – similar to those who would stop utilities payments (9%).

Sangita Chawla, Chief Marketing Officer (CMO), at Standard Life commented: “We’re seeing immense pressures on people’s finances resulting in many being forced to seek new ways of increasing or supplementing their income. There’s a clear trend in people searching for second jobs, putting the brakes on their retirement plans and even returning to work having previously retired.

“As people look for cost savings, they’re more likely to stop or reduce regular payments towards TV subscriptions and phone contracts before considering adjusting their pension contributions. Despite the pressure, it’s encouraging to see that pension saving is considered to be on a par with utilities, with few saying that it would be a top priority to cut out this form of saving and lose its long-term benefit.”

This is reflected in the behaviours Standard Life has seen from its own customers in the last few months, with very few choosing to stop their pension contributions. The vast majority of customers would consider other ways to free up money first before making a change to their current contribution patterns.

Between June and October, just over 700 customers contacted Standard Life for help with the increased cost of living – signalling a shift in requirements to now fund non-essential costs. Customers who plan to reduce debt or use their funds for day-today living is slowly increasing.

Sangita Chawla, CMO at Standard Life, continued: “It’s understandable that people are reviewing their finances and working out how best to cope with the current financial stresses, and while the number of calls from our own customers triggered by the cost of living are currently low, now that it’s now getting darker and colder, energy consumption and the associated costs are likely to increase. Combined with increasing interest rates impacting mortgages, and accommodation costs including rent and energy prices, there’s every possibility that more will seek support and guidance to get them through the winter and beyond.”

AJ Bell head of policy development Rachel Vahey comments on the DWP's plan to keep Automatic Enrolment trigger at £10,000. She said: “It’s no surprise the DWP has opted to keep the status quo for 2023-24 for automatic enrolment triggers and limits. Keeping a £10,000...