CPI inflation hits 6.2% in February – what do investment experts say? 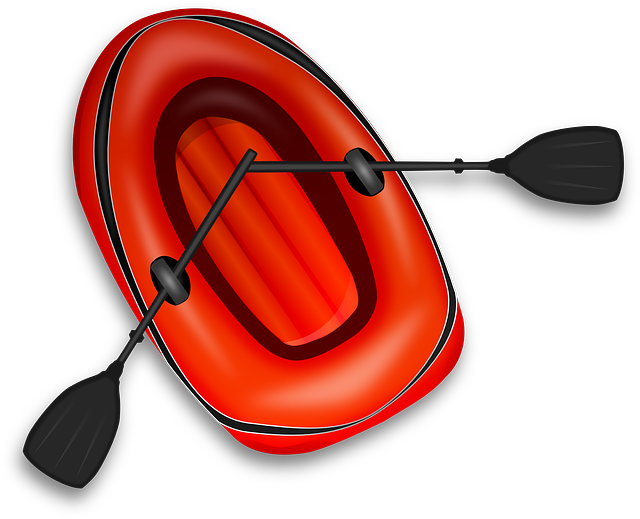 According to the ONS report out today, the largest upward contributions to the February 2022 CPIH 12-month inflation rate came from housing and household services (1.39 percentage points, principally from electricity, gas and other fuels, and owner occupiers’ housing costs) and transport (1.26 percentage points, principally from motor fuels and second-hand cars). With CPI now more than three times the Bank of England’s inflation target, there are clearly massive implications for policy makers as well as for ordinary citizens just trying to make ends meet.

But what do investment experts think of today’s announcement? We’ve gathered some opinions to help shape your thinking:

Colin Dyer, Client Director at abrdn, commented: “With inflation soaring to 6.2% in February, the Chancellor is now under greater pressure to respond to the cost of living crisis when he delivers his Spring Statement later today.

“The Bank of England is suggesting inflation increases could hit double digit figures later this year, and despite raising interest rates last week, the global nature of the issues causing it means this response is likely to only have a marginal effect on households.

“Unless the Chancellor has a silver bullet in the works, many will need to cut back on spending to get by, particularly those relying on their savings like retirees. For those that can, and would be comfortable with a degree of risk, now is a perfect time to explore other options for their savings, looking at what could provide a greater return in the long run. It might feel daunting to invest when the stock market is volatile, but the focus should be on the long-term benefits of investing, including the ability to achieve positive returns to counter inflation.”

Sarah Giarrusso, Investment Strategist at Tilney Smith & Williamson, is quick to remind us that we’re still a way off the inflationary peak as she comments:

“Elevated energy prices are at the forefront of everyone’s minds. The surge in prices has shown little sign of abating and the war in Ukraine is likely to mean energy prices will remain high and volatile. Economists have been quick to revise up their inflation forecasts to reflect current circumstances and annual CPI is not expected to peak until Q2 of this year at 7.5% compared with previous forecasts which expected a peak in Q1. This is in line with the Bank of England’s forecasts and decision last week to raise interest rates a further 0.25% to 0.75%. The BOE has made it clear that it is more concerned about rising inflation than moderating growth. Further interest rate increases are expected over the coming months with money markets pricing in a base rate of 2% by the end of the year.

“Although war in Ukraine has increased risks to both inflation and growth, we should not lose sight of fundamentals which remain strong. Earnings growth in equity markets has resumed an upward trajectory and low levels of unemployment prevail in developed economies around the world.”

Paul Craig, portfolio manager at Quilter Investors, also points out the tricky situation Chancellor Sunak now finds himself in as he comments:

“On the morning of Chancellor Rishi Sunak’s Spring Statement, the UK has once again posted inflation numbers not seen for 30 years. Inflation hit 6.2% in the year to February 2022, with the biggest contribution coming from the soaring energy, fuel and food prices, among others.

“Last week the Bank of England hiked interest rates for a third time up to 0.75% to battle soaring inflation, which it now expects to hit 8% later this spring. Many are already feeling the squeeze financially, yet there is no doubt much worse to come considering we are facing a major cost-of-living crisis alongside other fiscal pressures.

“All eyes will be on the Chancellor today as he presents his Spring Statement and announces measures the government will take to tackle the ongoing cost-of-living crisis. This morning’s inflation data shows just how dire the situation is, and there is a clear need for the government to act to help save many from slipping into financial difficulty as their wages are quickly swallowed up.

“Earlier this week and after some hesitancy, Thérèse Coffey committed to reinstating the triple lock uplift on state pensions next year. While necessary given rising costs, the commitment will be costly for the government should inflation continue on its current upward trajectory as expected.

“Markets and developed economies are continuing to battle soaring inflation alongside the uncertainty surrounding Russia’s war on Ukraine. Given the delicate market environment, investors will need to watch the data and markets closely and allocate accordingly. Diversification, active management and prudency will be key.”

“Markets and developed economies are continuing to digest soaring inflation alongside the uncertainty surrounding Russia’s war on Ukraine. Mapping to prior events has been a common discipline, but the truth is that no investors have lived through these exact circumstances. Given this delicate market environment, investors will need to watch the data and markets closely and allocate accordingly. Diversification, active management and prudency will be key.”

Jamie Jenkins, director of policy and external affairs at Royal London also warns of the cost of living crisis which is rapidly hitting UK citizens as he comments:

“Energy costs are pushing inflation to its highest level in 30 years, and energy bills are the expense of most concern to households. Pay growth is relatively strong at a little under 4%, but this is out-paced by the combination of inflation and increased National Insurance Contributions due to take effect from April.

“Following two years of extraordinary measures from the Government to deal with the pandemic, we find ourselves lurching towards a cost of living crisis. All eyes will be on the Chancellor this afternoon as he weighs up his options to help.”

Derrick Dunne, CEO of YOU Asset Management, sees the inflationary outlook hanging over us for many months to come as he comments:

“Way ahead of expectations, the 0.7% increase we see today is a hefty uplift, and further intensifies the pressure for The Bank of England, who just last week revised its forecast for inflation to peak at 7.7% during the second quarter – almost quadruple its 2% target. An additional hike to the base rate is now looking increasingly likely come May, but the Bank must play a careful balancing act to avoid exacerbating the cost-of-living crisis which is already raging across the UK.

“Against this backdrop it’s rumoured that the Chancellor will today announce new measures – including cuts to fuel duty – to help those hit the hardest by surging household costs. Exactly what will come of the Spring Statement remains to be seen, but what we do know is that the spectre of inflation will hang over us for many months yet. For savers and investors, having an appropriately diversified portfolio – with investments able to perform in an inflationary environment – will be the best precautionary measure they can take right now.”

Danni Hewson, AJ Bell financial analyst, points out that there are some obvious factors at play and that double digit inflation looks nailed on commenting:

“Post-Christmas sales petered out in February pushing up the cost of shoes and clothing just as many people were being asked to head back into the office which required a slightly less relaxed wardrobe and maybe a few bulky sweaters. The cold snap that had many of us nervously eyeing our thermostats came at a price – it might have been the price capped back in October, but it was still considerably higher than the year before. And February had the highest average diesel prices ever recorded by the ONS but motorists would queue round the block if they spotted diesel at 151.7p a litre today.

“Because, put simply, what people experienced in February was just the tip of the inflation iceberg. Putting Russia’s invasion of Ukraine aside for the moment, next month’s rise in the energy price cap is massive. Even if the current warm spell continues, just keeping the lights on is going to ratchet up the pressure on household budgets. The prices of products leaving the factory gate are now at the highest level for 14 years and food products are right at the top of the pile. And the cost of those materials is also heading just one way and that’s where the subject of war can’t be ignored any longer.

“Since the 24th of February the price of oil, gas, wheat, metals and vegetable oil have soared. Making stuff, transporting stuff and ultimately buying stuff is only getting more expensive. The Bank of England had hoped for 7.5% to be the peak of this price pain, but it’s already accepted the landscape has changed. Prices will get higher than had been forecast, they’ll stay higher for longer than forecast and for the first time in forty years double digit inflation doesn’t just look likely, it looks nailed on.

“A happy co-incidence or unfortunate timing, these figures won’t tell the Chancellor anything he doesn’t already know. But knowing and understanding are two different things. The cost of living is a crisis, it’s pushing some households deep into debt and deeper into despair. Yesterday’s borrowing figures gave Rishi Sunak some wiggle room, the economy has been recovering after its Covid nap but the next few months could stifle growth which leaves the Chancellor with quite a tight rope to walk.”