Most advisers in a recent survey (taken before the EU Referendum) said that they viewed Brexit as the biggest global macro-economic challenge to investment growth (looking six months out).

Nearly 75% of respondents put Brexit at the top of the pile of challenges, closely followed by the US elections (61% of respondents) and the slowing growth in China (61%). Lower down the scale came concerns over leveraged economies’ ability to reduce debt, which worried nearly 40% of IFAs.

The figures come from the Barings’ IFA Barometer and they also showed that just over a half of IFAs say they are encouraging clients to consider greater diversification of assets, while a quarter say they are specifically encouraging investment in multi asset products to combat current market volatility.

As a general view, just shy of half of the respondents are net favourable towards multi asset growth products.

Head of Multi asset & Income at Barings Marino Valensise said: “Before the referendum, a vote for Brexit was perceived by UK IFAs as the biggest threat, and we are now in that volatile landscape. IFAs and their clients are asking what they can do to mitigate risks. With the Brexit vote now cast, the feared uncertainty and volatility has certainly played out, as much on the political stage as in markets, and looks set to continue as the Brexit decoupling gets underway.”

As for the stock market and the big question as to whether there will be a major global correction, most IFAs (83%) predict that over the next three years, the UK economy will predominantly experience on-target inflation (inflation between 0%-2%, in line with Bank of England targets). What worries them more than any stock market volatility, is a prolonged low interest rate environment.

Valensise added: “Given the market uncertainty, it is good to see a high percentage of IFAs who are recommending clients increase exposure to multi asset products, which can limit downside risks while making the most of growth opportunities. Barings has been at the forefront of multi asset investing and innovation, creating solutions for a whole range of client needs and market conditions, something which is more important now than ever.” 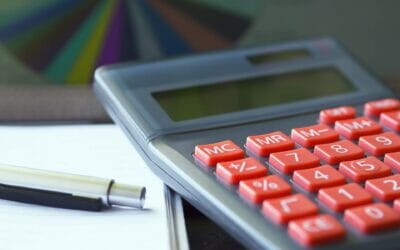