So the spotlight has been firmly focused on annuities – and not before time, too. (See this month’s News section.) It’s not just Pensions Minister Steve Webb, but the FCA itself, that are getting angsty about the suitability of the existing system. And maybe it’s time to discuss the alternatives? Because yes, there ARE alternatives.

For a comparison point, and in very basic terms, when your client retires from an insured pension they’ll generally receive a statement summarising their fund value and what income that value can buy with and without tax free cash of 25%. Once the decision is made, the fund buys the rights to a certain income, with perhaps some bells and whistles (guaranteed periods, widow’s benefits). The End.

Now, I know this will sound bizarre, but there is a more exciting option. Place that same client in a product that offers drawdown – and suddenly the fund value becomes a much more interesting matter.

The first decision you and your client – let’s call him Bob Sterling – face is whether to draw the full 25% Tax Free Lump Sum at once, or whether to take it in stages? So if Bob has a £400,000 pension pot he can draw up to £100,000 in cash, and the remainder is normally used to calculate an income.

Sure, there’ll be charges associated with staged drawdown, but let’s focus on the potential benefits, the first of which is flexibility. In cases where perhaps cash needs to be built up, or where investments need to mature, staged drawdown offers the opportunity to take an affordable lump sum at a time when it’s needed. At the outset, Bob decides to draw the £50,000 cash available in the scheme bank account, and therefore crystallises £200,000 of his £400,000.

The second benefit to this is that the uncrystallised pot is free to grow, and this increases the tax free cash. In Bob’s case he has £350,000 remaining in his pension fund, of which, £200,000 is uncrystallised. So when he revisits the fund in 5 years when his investments have matured. He may find that his fund has grown and that his uncrystallised element has increased to £220,000. So he can now take an additional tax free cash sum of £55,000 (25% of £220,000).

Bob now has a fully crystallised fund which will be used to build a pension income.

Flexibility All the Way

Drawdown pensions are calculated using the same initial tools as annuities, but they do not have the hefty additional cost implications of insurance company fees.

In drawdown, Bob can draw anywhere between 0-120% (unlimited in Flexible Drawdown) of that calculated income, which will in most cases be more favourable than an annuity. Bob is still consulting, and earning a sporadic income, and he doesn’t want to pay a higher rate of income tax than is absolutely necessary. He chooses the level of income that suits him.

The beauty of this structure is that Bob is still in a self-invested product. As long as the cash in the pension scheme bank account allows for the level of income he has chosen, the rest can remain invested as flexibly as the pension rules allowed pre-retirement. Considering drawdown pensions are recalculated on a 3 year basis (annually after 75) the growth of the fund is still of key importance.

John, a 60 year old male from Reading, wants to use his £315,000 pension fund to provide him an income plus at least a 50% pension for his wife upon his death – and the result is that drawdown achieves just over £1,000 more income per annum. This figure assumes the sustainable 100% was chosen making the maximum 120% just under £5,000 more than the annuity. This also does not factor in the death benefits in drawdown, where the entire remaining fund on death is used to calculate the spouse’s income, potentially generating a higher income than 50%.

Pensioners are living longer, more active lives. Why wouldn’t they want to keep their options open? 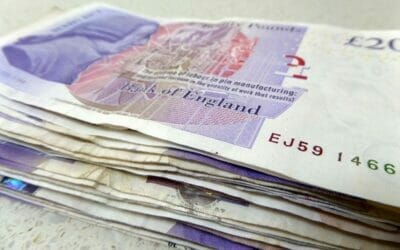