Earth Overshoot Day – will 2020 be a turning point? 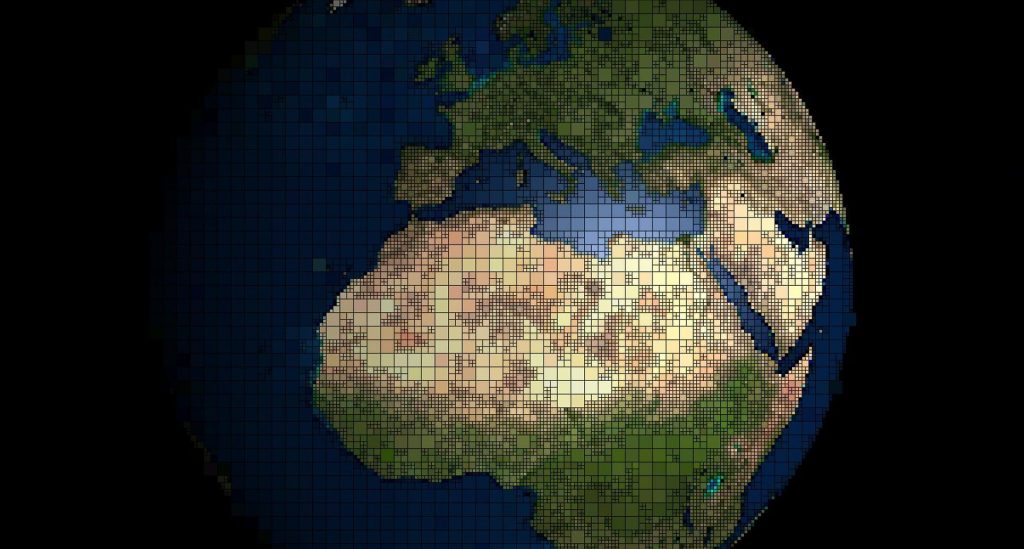 22 August 2020 is this year’s Earth Overshoot Day, an inauspicious annual milestone marking the date at which the planet overshot its ecological boundaries for the year. Put another way, we are currently using our natural resources 1.6 times faster than ecosystems can regenerate.

Nearly every calendar  year, since the event has been marked, it has crept in earlier, reflecting the inexorable pressure that a growing economy and rising consumption levels – the ever greater demand for “stuff” – places on the planet. Until 2020, that is.

While not entirely cause for celebration given the circumstances, it offers hope by demonstrating that the trajectory we’ve been on is reversible. It points to the opportunity we have to rebuild society with a greater focus on sustainability. 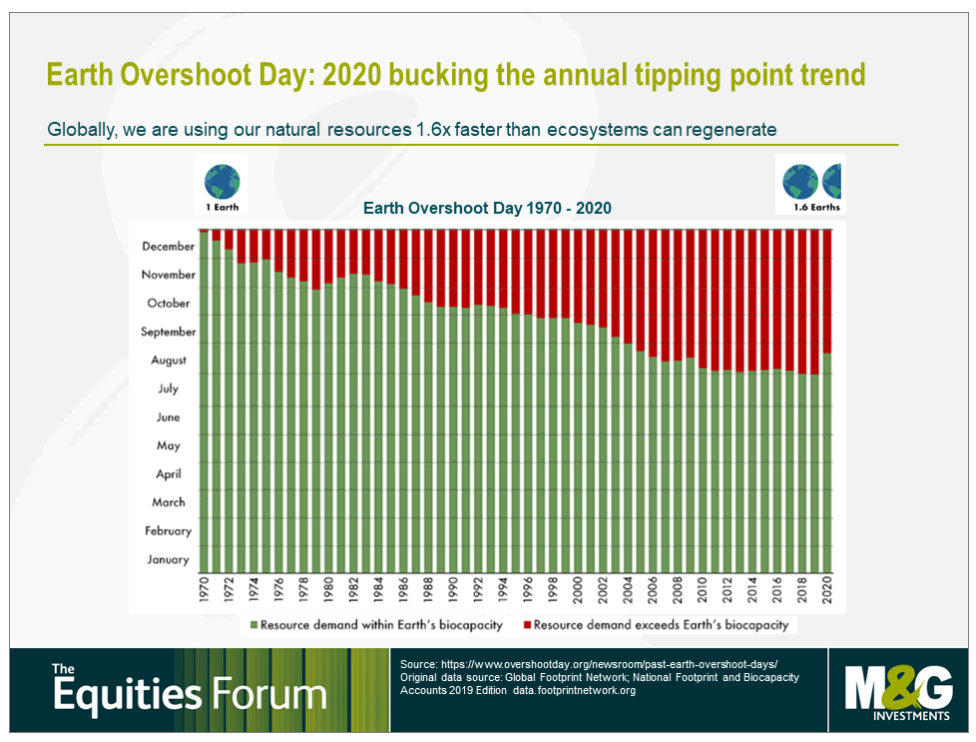 The three weeks of breathing space afforded to the planet this year has of course come at the expense of the economy and much else. The effective shutdown of the global economy, induced by the coronavirus pandemic, reduced humanity’s annual ecological footprint by 9.3%, according to estimates from the Global Footprint Network, which calculates the Earth Overshoot Day every year.

It is increasingly commonplace to talk about the ‘carbon budget’ we need to adhere to if we are to keep global temperature rises to well below the 2° C level at which, according to the United Nations (UN) ‘catastrophic and irreversible’ climate change becomes inevitable. The estimated limit is 450 ppm (parts per million) of carbon dioxide equivalent in the atmosphere, and we are currently at the record level of 417 ppm – and rising.

Earth Overshoot Day is important because it represents the broader ‘resource budget’ that we have left to spend, covering all the natural resources that we use up every year. This includes diminishing reserves of oil and gas, minerals like copper and iron ore, and productive land on which we can grow crops.

It also captures the atmosphere’s capacity to absorb greenhouse gas emissions, the ocean’s capacity to avoid dangerous acidification as it warms, the capacity of tropical rainforests – the ‘lungs of the earth’ – to cope with logging and exploitation of natural resources… and the list goes on.

Plastic pollution is one of the many symptoms of our overuse of natural resources. A recent study sponsored by the Pew Charitable Trusts and Systemiq1 suggests ocean plastic could triple by 2040 and recommends switching to biodegradable and compostable alternatives for certain packaging – supporting organic carbon replenishment. The world produces around 3592 million metric tons of plastic each year, with only around 9% of the total historical plastic production recycled3. Much of the rest leaks into the environment with the result that, by 2050, there is expected to be a greater weight of plastic in the ocean than fish.

On climate change, a landmark IPCC (Intergovernmental Panel on Climate Change) report from 2018 highlighted in stark terms that we have little more than 10 years to transform our industrial and energy systems, otherwise we will reach the limit of our ability to slow global heating  in any meaningful way.

Continue reading article…
Page 1 of 2
12Next

Why companies need a purpose

Intergen 2020: will Covid-19 change the way your advice business connects with clients in future?

Blackfinch Group Expands its Distribution Team with Hire from SimplyBiz