The Economic Pressures To Watch Over The Coming Weeks

Head of Investment Research at Prudential Portfolio Management Group (PPMG) David Shairp outlines the economic pressures to watch over the coming weeks as the initial reaction to the Referendum result begins to settle down.

“The latest bout of “risk on” (where investors move to riskier, more volatile investments) has left several asset classes looking historically overvalued, according to our percentile framework. Equities look moderately overvalued, while our measure of government bonds suggests that they are expensive – all the more so given the dramatic recent declines in yields.

“The upshot of less favourable valuations is that prospective long-term returns will become less attractive, which has been a continuing refrain from the PPMG Long Term Investment Strategy team over the past seven years. The medium to long term is likely to be a future of more meagre returns, where the generation of ’alpha’ (value added by outperforming specific benchmarks) becomes increasingly important as confidence in returns from ‘beta’ (broad exposure to asset classes) reduces.”

“The rebound in markets towards the end of last week was from oversold levels. It owed itself in part to the repricing of monetary policy expectations, and markets have pushed out the next rise in US interest rates to the end of 2018. The Bank of England Governor Mark Carney stated that there is scope for interest rates to be cut over the summer, potentially with additional quantitative easing, and markets have responded by pricing in a 60% chance of a cut in rates at the 14 July MPC meeting. A summer of more stable markets, that are underlined by easier policy from central banks, which boosts risk appetite may be the short-term prospect but will do relatively little to change the medium-term fundamental picture – barring evidence of a re-acceleration in global economic activity.

“The upshot is that UK equities have surprisingly moved to become very overbought vs global equities when measured in local currency terms. So, if the UK authorities are ready to support asset prices regardless, sterling could remain a vulnerable currency, despite its sizeable declines to date.”

“The Leave vote at the UK referendum represents a stagflationary shock for the UK – and a deflationary shock for the Eurozone, likely to lead to reduced activity. At this stage, PPMG’s tentative prediction is that we should plan for a ‘hard’ Brexit scenario, which could see growth fall sharply to between 0%-1% during the period of renegotiation, with a rise in consumer price inflation towards 3%-4% a year.

“In the post referendum environment, it has probably become harder for the UK to finance its current account deficit, which came in at 6.9% of GDP in Q1 2016, following a record deficit of 5.4% for the whole of 2015. While the 9% fall in sterling in effective terms, since the pre-referendum peak, should provide some short-term support to the economy, it is unlikely to lead to a rapid improvement in the current account. It is also notable that UK risk premiums (the compensation for taking on the risk of holding sterling assets) are lower than are probably needed at this stage of the adjustment cycle.”

Portfolio analysis – cautious and patient will win the race

“One of the tenets of crises is that amid the turbulence they tend to throw up opportunities, and we believe that a cautious approach at this stage, while we await greater clarity on the political and economic environment, will stand us in good stead.

“PPMG is a patient investor with a long-term track record of decisive asset allocation shifts over the past 70 years, as well as solid performance, demonstrates that it has the capability to take advantage of market dislocations. More than ever, a strategic belief in the benefits of diversification has helped portfolios to weather the turbulence that has affected markets so far.

“We pride ourselves on the disciplined framework provided by our long-term investment strategy team, which sets the strategic asset allocation parameters and which has ensured that PPMG has remained relatively immune to market falls over the past month.

“We are confident that this approach will help weather the worst downside of the market storms that are breaking over the UK and European economies and that the rigour and discipline of our patient, long-term investment process will continue to deliver good risk-adjusted performance for our clients.”

PPMG is a team of investment professionals with expertise in capital markets research, investment strategy design, liability management, alternative investments and portfolio management. It manages over £150 billion on behalf of Prudential UK & Europe. 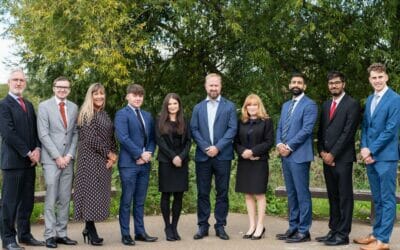 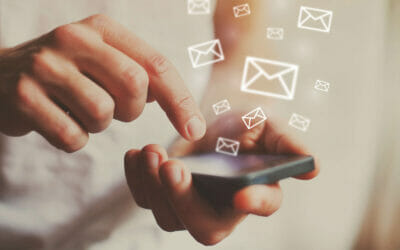 As we look forward to 2023, you might be looking to review your content. If you like the idea of emailing your clients a regular newsletter, but you want to send them something engaging, where do you start? Faith Liversedge has some ideas.  Hands up, who ran a...