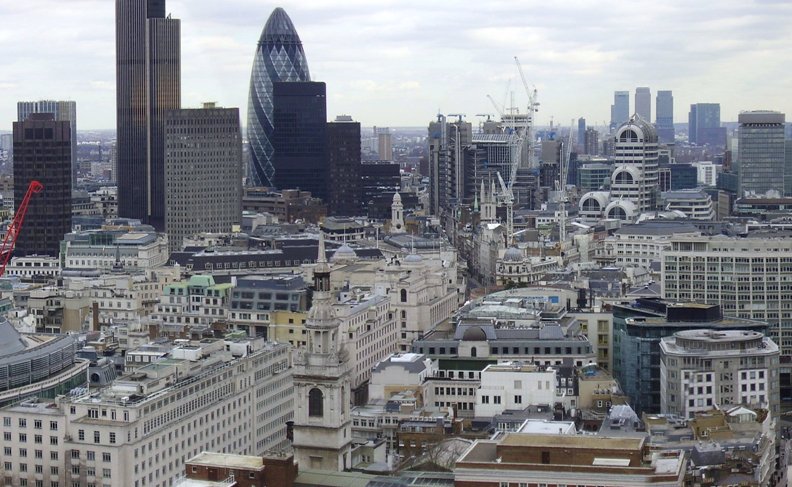 According to the latest data from the EY Financial Services Brexit Tracker, 44% (97 out of 222) of financial services firms have now moved or plan to move some UK operations and/or staff to the EU since the referendum.

While this figure hasn’t moved in the last quarter, it has changed significantly over the course of the last almost six years. Amid the ongoing uncertainty around extensions, trade deals and decisions on key factors such as equivalence, the EY Brexit Tracker recorded a steady uptick in firms announcing and acting on operational moves until the end of the transition period (December 2020), and then a slower but still incremental rise until December 2021.

The triggering of Article 50 on 29 March 2017 was a key milestone, by which point in time 24% (53/222) of companies monitored had made public Brexit-related announcements covering intentions to relocate UK staff and/or operations. This rose to 32% (72/222) just over a year later in June 2018 and to 42% (94/222) in October 2020. As firms planned for every eventuality, the EY Brexit Tracker showed that the majority of moves were made well ahead of the December 2020 Brexit deadline and, as a result, the number of announcements on operational decisions has moved very little since that point. It would appear from the data that preparations for Brexit peaked by 2020.

Since the transition period ended on 31 December 2020, the EY Brexit Tracker has captured a number of revisions to staff relocation announcements. Over the last quarter, some firms that had initially projected high numbers of staff moves to Europe in anticipation of losing access to the single market, have now revised down the number of roles they will relocate to the continent to serve client needs.

The total number of announced Brexit-related job relocations from the UK to Europe has fallen to just above 7,000 in the last quarter, from 7,600 in March 2021, and 10,500 in March 2017 after Article 50 was triggered. In the immediate months after the referendum in 2016, the total number of planned jobs leaving the UK, according to public pronouncements reached 12,500 as many firms, particularly those in the investment banking sector, prepared for a possible ‘hard Brexit’.

Firms reaffirm commitment to London and the UK

Conversely, the number of new hires which have been publicly linked to Brexit since the referendum across Europe (2,900) and the UK (2,500) has risen to 5,400, from just over 5,000 last quarter (October – December 2021). The increase is predominantly driven by an uptick in the number of staff hired in London.

Omar Ali, EMEIA Financial Services Leader at EY, comments: “In the months following the referendum, financial firms voiced their intentions to bolster EU subsidiaries, move staff abroad and relocate headquarters in preparation for all possible scenarios. The high number of potential job relocations reported in 2016 aligned with the uncertainty which surrounded the City’s ongoing relationship with Europe at the time. As firms gained greater clarity on what the post-Brexit landscape would look like, plans were consolidated and, in some cases, firms revised down the number of people they would need to relocate.

“Most firms finalised the majority of essential operational moves well ahead of the 2020 Brexit deadline and were able to serve clients in the UK and EU without undue disruption. While numbers have now stabilised, there will remain a degree of fluidity for some years to come, and staff and operational moves across European financial markets will continue as firms navigate ongoing geo-political uncertainty, post-pandemic dynamics and regulatory requirements, including the ECB’s upcoming ‘desk-mapping’ review. Cross-border access remains a priority for both UK and EU firms as they look to create the most efficient, liquid markets that offer end users the best choice and prices, but overall, Brexit-related decisions are increasingly becoming integrated into businesses’ broader operational considerations in line with their wider growth and transformation strategies.

“When it comes to cross-border access outside of the EU, the UK has signed a number of trade deals over recent years with key markets including Australia and Japan. The data provisions in these agreements will help underpin an increase in cross-border financial services. More significant is the proposed financial services mutual recognition deal with Switzerland, which has the potential to become a gold standard template for other jurisdictions to replicate.”

Asset moves accelerated ahead of the end of the transition period

Since the UK’s EU referendum, 24 firms have publicly declared they will transfer just over £1.3trn of UK assets to the EU. This figure has remained broadly flat over the past 18 months, having climbed steadily from around £800bn in early 2019. The data shows a last-minute increase in firms announcing asset moves in the months before the end of the transition period on 31 December 2020, having learned that the UK-EU trade deal would not offer concessions for the UK’s financial services sector.

Dublin crowned winner as the location of choice for operational moves

Since the EU referendum, 41% (90 out of 222) of firms monitored by the EY Financial Services Brexit Tracker have confirmed at least one location in Europe to which they have moved or are considering moving or adding staff and/or operations. Dublin remains the most popular destination for staff relocations and new European hubs or offices, with 36 financial services firms announcing intentions to relocate UK operations and/or staff to the city. Luxembourg is the second most popular destination for the firms in scope of the EY Brexit Tracker, attracting 29 companies in total, followed by Frankfurt with 23 companies, and Paris with 21. Other named locations include Madrid (8), Amsterdam (8), Milan (7) and Brussels (6).

When it comes to the number of people who have been, or plan to be, relocated to one single destination, Paris scores highest, attracting around 2,800 UK employees, followed by Frankfurt (around 1,800) and Dublin (around 1,200).

Frankfurt and Paris are the most popular relocation destinations for the banking sector, attracting 19 and 15 investment banks respectively, whereas wealth and asset managers have primarily chosen Dublin (18 companies) and Luxembourg (14 companies). Insurers have opted for a variety of different locations, including Dublin (6), Brussels (4), Luxembourg (4) and Paris (2).

Omar Ali concludes: “Financial services firms faced the upheaval and uncertainty that followed the referendum with pragmatism and focused on minimising the impact of any change on the consumers and the businesses they serve. Contingency plans were enacted to mitigate the impact of a ‘hard Brexit’, and as such, any disruption at the end of the transition period was minimal. The speed and quality of this preparation has meant that almost six years on from the referendum, the UK – and wider European – financial sector has emerged strongly and remains prominent on the global stage.

“The UK industry, which was arguably under the most threat from Brexit, continues to agree trade deals and attract business from across Europe and beyond as it increasingly concentrates on innovating services and products and implementing new and more tailored regulation. In the last year alone, the UK financial services market has driven progress on FinTech, the transition to net zero, diversity and inclusion, AI and central bank digital currencies.

“Throughout Brexit and the pandemic, we have seen firms across Europe demonstrate resilience, agility and a commitment to the consumers and businesses they serve, which is encouraging as we face into new, geopolitical challenges. When it comes to the future of global financial services, I have no doubt that both the UK and EU will continue to be world leading markets, driving innovation, progress and growth.”