Financial services profession’s confidence in UK economic outlook is on the up, says CISI

The financial services profession’s confidence in the UK’s economic prospects has improved over the last 12 months, according to the latest Chartered Institute for Securities & Investment (CISI) survey.

The CISI confidence indicator (sum of positives less sum of negatives) is -5 compared to -16 at the end of 2016.

Respondents were asked to compare how they felt about the UK’s economic prospects now compared with six months ago.

The CISI has conducted the poll on average every six-12 months since Spring 2012.

Simon Culhane, Chartered FCSI, CISI CEO said: “Although we are still sub-zero at -5 in terms of sentiment, the financial services profession is showing a steady and improved growth in confidence in outlook for the UK economy, compared with the end of 2016.

“The result of our survey is in line with the latest forecast for the outlook for manufacturing for the year, with that sector expecting expansion by 2% according to the EEF manufacturers’ organisation.

“The confidence level in our survey peaked in Autumn 2013 at 54%. From my own conversations with UK financial services CEOs I believe it is possible that our profession’s confidence levels in the UK’s economic outlook will become even more positive once we have moved beyond Brexit.” 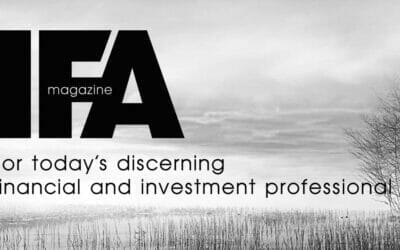 Other than fixed income, what other options are available for advisers to consider in order to deliver a steady and consistent level of income within client portfolios? James Robson and Pietro Nicholls of RM Funds talk to Sue Whitbread about how secured lending can...

Ryan Hughes, head of active portfolios at AJ Bell, highlights some of the funds which he feels are well positioned to deliver income for investors in current market conditions Investing for income has been a popular investment strategy for advisers and UK investors...

Patrick Connolly, head of communications at Chase de Vere, summarises the firm's approach At Chase de Vere, our starting position is that income investors should have a guaranteed income to, at the very least, cover their basic living costs. For those in retirement...