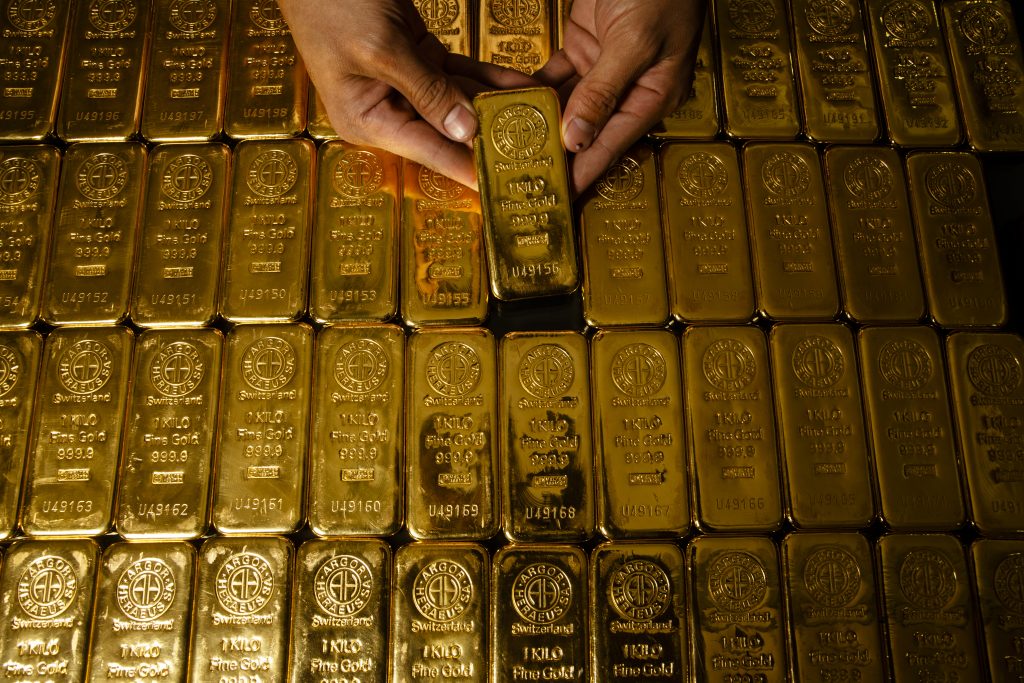 WisdomTree provides a detailed gold outlook to the fourth quarter of 2021. The outlook discusses the performance of the gold price based on three potential scenarios. The comment below was written by Nitesh Shah, Director, Research at WisdomTree.

We start 2021 with the hope that COVID-19 vaccines will offer a route out of the malaise that the pandemic has wreaked on the health of the human population and the economies that we operate in. However, as has been abundantly clear in December 2020, the path to the recovery is likely to have many bumps along the road. In December 2020, a mutant form of the virus had become prevalent in large parts of the UK, forcing renewed social distancing measures and disrupting business activity once again. In order to contain this mutant form of the virus which scientists claim has a higher transmission rate, many countries are shutting their borders to the UK. That the virus is mutating, should not come to a surprise, as that is what viruses do. When it mutates with adverse characteristics – in this case with a higher transmission rate – that’s where we have a problem. It is unlikely that the UK is the only country to have an adversely mutated form of the virus. So, we start the year 2021 with a lot of uncertainty as to how many more bumps in the road will face. As in 2020, gold is likely to serve as strong hedge against these uncertainties.

However, at the same time, we have been living in a global pandemic shock for more than three quarters of a year and institutions have had an attempt to mitigate some of the economic fallout from the situation. We have seen the largest fiscal and monetary response to an economic shock seen in history. The US for example has just approved (December 28th 2020) a US$900bn in COVID stimulus spending, which is part of US$2.3trn bill that will keep the US government funded until September 2021. But the sitting President wants higher monetary transfers to households, potentially raising governments debts further. These bold monetary and fiscal decisions, while necessary, are likely to be highly distortionary. The potential for elevated inflation in coming years is heightened. The burden of increased government indebtedness is also likely to be damaging to those on the hook to repay it. This burden often falls on the younger, less asset rich segment of the population. This is likely to play a strain on the intergenerational social contract. Which opens up the question whether 2021 could become another year of social unrest. Once again, gold as a hedge against geopolitical risk may be seen as a valued asset.

Using our model framework, explained in our blog “Gold: how we value the precious metal”, we provide some scenarios for gold prices until Q4 2021.

In the figure, we show 3 distinct forecasts:

Consensus has adjusted to the Federal Reserve’s new inflation targeting regime, where the central bank looks at average inflation and thus will let inflation rise above 2% to compensate for periods when it has been below.

Consensus expects inflation to rise substantially above 2%, hitting 2.6% in the middle of 2021. In part that reflects rising energy costs after sharp declines earlier in 2020. But even core (PCE) inflation is expected to pick up from 1.4% currently to 2.0% in Q2 2021, indicating a more broad-based increase in prices.

Over the forecast horizon, the market expects 10-year Treasury yields to more than double from the 0.50% low reached in August 2020. That in part reflects the rising indebtedness of the US government. Spending on COVID-19 stimulus could rise beyond the US$900bn package just approved if the Trump Administration can convince Republicans to approve his proposal before he leaves the Whitehouse (which is unlikely, but not a zero-probability event).  It does not appear that consensus is pricing in any Yield Curve Control here. The yield on Treasury inflation protected securities (TIPS) remains negative and very low at -1.03%. The widening differentials between real and nominal Treasury yields indicate higher inflation expectations.

Even though consensus is expecting rising Treasury yields in a market of flat policy interest rates, consensus expects US dollar depreciation to continue. This divergence between the US dollar and Treasuries is consistent with rising indebtedness concerns.

The consensus view appears to be pricing in a straight-line recovery with very few bumps along the road. However, on the ground in the UK we are witnessing a substantial bump in the road which is echoed throughout Europe as stricter social distancing rules and lockdowns in various forms have been put in place due to a more infectious mutation of the virus spreading. The consensus surveys were largely taken before this came to light. In 2021 many people will receive a COVID-19 vaccine but the operational challenge to get an entire population inoculated cannot be underestimated. With this in mind, we doubt that central banks will be in any hurry to communicate a path towards tightening rates or broader policy any time soon. The taper tantrums of 2013 are all too raw in the Federal Reserve’s memory and so US central bank will be averse to even hinting at tightening prematurely. One potential avenue is for the Fed to undertake Yield Curve Control. That is likely to constrain Treasury yields (relative to what consensus is expecting).

The looser monetary policy could also weaken the US dollar further than in the consensus case.

As the central bank experiments further with new monetary policy tools and we see US dollar debasement, investor sentiment towards gold increases and positioning in gold futures rise to 350k net long. The further negative real yields go, the greater the appeal of gold will become.

In this scenario we play devil’s advocate: what if economic conditions improve and the Fed is keen to keep inflation below 2% to anchor long-term expectations? Given that the Fed changed its inflation regime in 2020, this scenario is the least likely but it’s worth exploring its implications.

Firstly, inflation will remain below 2% for the forecast horizon. Rising rates could see 10-year Treasury yields increase to 1.8% (i.e. more than three times higher than where we were in August 2020).

The US dollar could also appreciate if the Fed moves more aggressively than other central banks in tightening rates. Fears of US dollar debasement recede.

Assuming there is a genuine improvement in economic conditions that are not inflationary and the market doesn’t believe the Fed is making a policy error, positioning in gold futures could decline closer to its historic average of 100,000 contracts net long.

In this scenario, gold could fall to US$1595/oz, retracing back to levels last seen in April 2020.

We generally believe that economic uncertainty will persist during this unusual pandemic crisis that hasn’t been fully resolved yet. While the consensus scenario provides a path to regain gold’s lost ground, we believe that gold could rise substantially higher in the economic uncertainty scenario. We can’t rule out a scenario where the economy improves considerably. However, we are sceptical that the Fed would behave in a very hawkish fashion and, therefore, put a low probability to the hawkish Fed scenario.