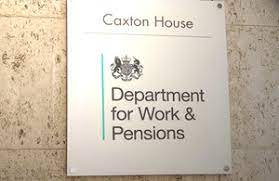 Commenting on this morning’s news that Guy Opperman MP has resigned as Pensions Minister  – you can find the details of this in our earlier report  – Jon Greer, head of retirement policy at Quilter, is sad to see him go:

“The government continues to haemorrhage high profile ministers and it is the turn of Guy Opperman today who has only just overtaken Sir Steve Webb as the longest serving pensions minister since the post was first created in 1998.

“This marks the end of a fairly long period of stability in the post, which has typically been a revolving door with many ministers using it as a springboard to jobs in the Treasury. Pensions by their very nature are long term and pension policy benefits from long standing ministers. Setting retirement policy and ensuring we have a well-functioning state pension system is a long-term project but it is unlikely we’ll see the kind of stability Opperman brought for some time now. In just 24 years there have been 14 ministers with only Sir Steve Webb staying for longer than two years.

“During his time in the post, Opperman has been an influential figure in driving a number of considerable projects and policies such as the upcoming pensions dashboard, which will allow users to see all their pension policies in one place.

“Opperman was quick to grasp the issues in pension landscape but progress was often hampered by the political backdrop such as Brexit, Tory infighting and the pandemic.

“There still needs to be huge swathes of change within pensions but this needs to be led not only be the DWP but also the Treasury. One such area is Automatic Enrolment, where progress has been hindered in part by the Treasury, which often kicked the can down the road or stifled evolution due to cost. This may be one area of regret for the outgoing minister.

“Opperman has been keen to drive customer engagement and help people understand their pension and get value for money. He has been a leading force in pushing for ESG in pensions and investments and developing the available types of pensions such as Collective Defined Contribution (CDC). It is without doubt sad to see him go.”