In this blog for IFA Magazine, a selection of mortgage and finance experts comment on the Halifax July House Price Index published this morning:

Andrew Montlake, managing director of the UK-wide mortgage broker, Coreco: “With a deep and lasting recession forecast, the property market now has one hell of a fight on its hands. The Halifax is right that people shouldn’t read too much into a single month’s fall, but after Thursday’s troubling forecast by the Bank of England many almost certainly will. The resilience of the jobs market will be key. If the predicted recession sees unemployment rise sharply, the property market will take a hit. However, even amid the apocalyptic statements from Threadneedle Street, the lack of supply is the property market’s joker, and will support prices in the tough year or two ahead. However, we may have just seen the last of annual price growth being in double digits.”

Gindy Mathoon, founder of Derby-based mortgage broker, Create Finance: “With the base rate rising by 0.5% this week, we may soon start to see people downsize or sell their properties so that they can cope with the cost of living crisis. This could result in a wave of properties coming onto the market, which would see property prices decrease. With short-term fixed rates increasing, applicants are now increasingly opting to fix for a longer term because of the uncertainty in the current financial climate. What we are also likely to see is people extending their mortgage terms just to cope with the increased cost of their mortgage payments. If the bleak economic predictions of the Bank of England prove true, the property market is going to be tested like never before.”

Ross Boyd, founder of the always-on mortgage comparison platform, Dashly.com: “Forget tailwinds, it’s all about headwinds from now on. July’s house price index, which suggests a still robust property market, is largely irrelevant after yesterday’s sombre statement from the Bank of England. All eyes now are on what’s coming next and if the Bank of England is provided right, it isn’t pretty. The property market simply will not escape the next year or two unscathed. Rising rates and terrifying forecasts from the Bank of England will make people even more cautious and cool demand, which will put downward pressure on prices. We expect the property market to continue to cool throughout 2022 and in 2023. For people who are currently locked into some of the lowest mortgage rates ever, the rate shock when they remortgage will be extreme. The pending remortgage crunch will significantly add to the cost of living crisis and put further pressure on household finances.”

Mark Hosker, director of Bradford-based Cyborg Finance: “Following the Bank of England’s deeply unsettling prognosis for the UK economy, lenders will continue to factor in potential future rate announcements in the next few months and that will almost certainly hit demand, which will hit prices. Existing mortgage borrowers with six months or less remaining on their initial term should start the discussion with their mortgage adviser today because the rate shock could otherwise be extreme.”

Graham Cox, founder of the Bristol-based broker, SelfEmployedMortgageHub.com: “The Bank of England base rate could be around 3% by the year-end as it seeks to control inflation. Mortgage rates, if that happens, will be around 5%. This will be catastrophic for anyone coming off a fixed rate and needing to remortgage. For years, ultra-low rates have masked the economic reality of an over-indebted nation and a Ponzi housing market. I believe prices are about to fall, and quickly, possibly by 5%-10% over the next 12 months.”

Mark Robinson, Managing Director of Southampton-based Albion Forest Mortgages: “With supply so limited, I am expecting house prices to continue to rise over the next 12 months, albeit far more gradually than in previous years. We’re still seeing a decent level of mortgage offers so people are certainly still buying. The bottom line is that, even amid the cost of living crisis and with a protracted recession looming, people will always need to move for a variety of reasons, and it’s still usually cheaper to buy own that to rent. Deposits, as ever, are key, so it’s no surprise that the Bank of Mum and Dad is currently working overtime.”

Edward Checkley, managing director of London-based property finance specialists, Advias: “Looking forward to 2023, if inflation stays high and interest rates continue to rise, which now seem set in stone, property values will almost certainly see a correction. We may see short-term corrections in regional locations, where buyers fought over idyllic property and areas during the pandemic. A compensating factor for the market in general may be the relatively weak pound and the international appeal of London, which may entice foreign property investment into the capital.”

Jamie Lennox, director at Norwich-based mortgage broker, Dimora Mortgages: “Although July continued to see strong demand for mortgages, activity levels are definitely starting to tail off. When speaking to local agents, they are seeing fewer listings come to the market, which could be due to the cost of living crisis or the fact we are now heading into the holiday season. A recession doesn’t automatically mean house prices collapse. However, a lot will depend on mortgage lenders still being willing to lend in potentially challenging economic conditions. If they stay as they are, I feel the market will stabilise. If lenders become more restrictive, we could see prices drop. Ultimately it’s a flip of a coin on what can happen from here.”

Lewis Shaw, founder of Mansfield-based Shaw Financial Services: “July was notably quieter although that’s to be expected with schools breaking up and families taking holidays. August will be the same, which allows for a brief respite before the market kicks off again in September. As a result, prices will stop rising, and the Bank of England’s 0.5% rate hike on Thursday is sure to dampen demand for new borrowing. However, even if we enter a long recession, we are unlikely to see a house price crash because we have such a chronic shortage of housing stock and bank liquidity is still good. All eyes are now on the jobs market.”

Rob Peters, director of Altrincham-based Simple Fast Mortgage: “Even though a recession in the UK is now a nailed-on certainty, this does not mean the property market will crash. In fact, a crash is fairly unlikely. Instead, house price growth looks set to stabilise. The rampaging house price growth of recent years just cannot be sustained. The global financial crisis of 2008-2009 was linked to a US sub-prime mortgage crisis and poor regulation regarding the stability of the banking sector. This just isn’t the case today.”

Sabrina Hall of Lichfield-based Kind Financial Services: “The market is still strong but it’s looking like we are seeing an end to the craziness of one property getting 20 to 30 views and resulting in a bidding war. Despite the cost of living crisis and the restrictions on affordability I’m still seeing a lot of demand from house buyers and it doesn’t seem to have put buyers off up till now so this will help to keep the mortgage market from crashing. I expect by the end of the year we will be on our way to seeing some correction of the boom that happened during Covid.”

Andrew Simmonds, director at Bristol-based Parker’s Estate Agents: “We are seeing more stock enter the marketplace than we have experienced in the past 12 months, but buyers are now contracting back into their shells a little. The rest of 2022 will be interesting. I certainly do not see the same growth as previous years, perhaps fairly static values and certainly not prices falling, at least yet.”

Karen Noye, mortgage expert at Quilter: “For the first time in 13 months, house prices have failed to rise month on month. With the Bank of England base rate now at 1.75% and jumping ever higher, this may now be the beginning of a trend where house prices show some weakness.

“According to this morning’s Halifax house price index, the much-anticipated reversal of house prices may have just begun to materialise with a small decline of 0.1%. This is down from a 1.8% rise in June, representing a considerable slowdown during the summer month. Quarterly and annual changes remain high, however, and the average house price in the UK sits at an incredible £293,221.

“The pandemic put the housing market into overdrive after the flurry of activity which was at that point based on a change in working habits, the race for space, the stamp duty holiday and ultra-low interest rates. Now that the restrictions of the pandemic have eased and working habits have bedded in people’s immediate desire to move has abated. Similarly, the stamp duty holiday has been finished for some time now and interest rates are skyrocketing meaning cheap mortgage deals are a thing of the past.

“All these factors or more importantly a lack of these factors will reduce demand. Repossessions may increase as people struggle to pay for the increased cost of living and mortgage payments and therefore more stock may find its way onto the market. A lack of demand and an increase of stock will have the natural effect of pushing down prices.

“The autumn and winter could prove to be the tipping point for many as they struggle with increased bills and opt to move to smaller accommodation.” 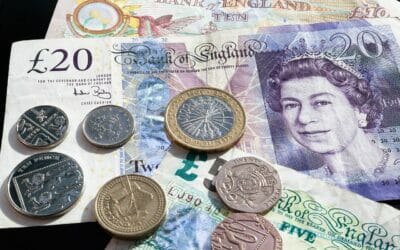 Virgin breach 4% barrier with fixed rates – for a 10-year fix.

As Virgin breach the symbolic 4% barrier with fixed rates - for a 10-year fix - brokers comment on this development: Justin Moy, Managing Director at EHF Mortgages: "This is great news and a significant landmark in the current market. Long-term, low loan-to-value... 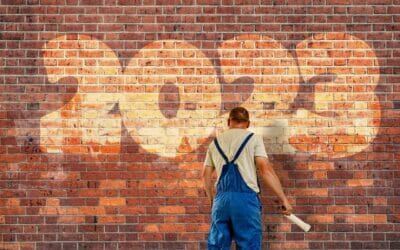 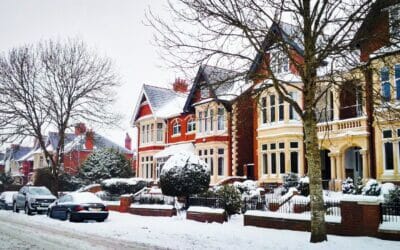