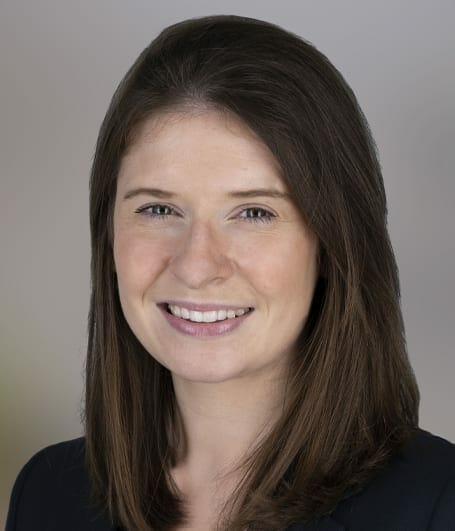 Coercive control and economic abuse are rife within wealthy divorces but family courts continue to fail the victims.  Financial Advisers are in a position to potentially spot the signs of this happening within client scenarios. But do you know what to look out for? Harriet Donovan, a solicitor at Stowe Family Law, shares her expert insight into some of the considerations involved and things you can do to help identify some of those who may be at risk

This is an extremely hot topic at the moment as financial abuse can occur across the board, not just among the wealthy. The Domestic Abuse Act 2021 introduced economic control into law as a form of abuse. For the high-net-worth divorcees, this is often even more of a concern; the key disputes inevitably happening over wealth or expensive assets (also known as a ‘handbag divorce’).

What is even more worrying, however, is that the Family Courts are not properly equipped to deal with these kinds of divorces and can actually be the facilitators of further abuse. Lack of understanding, and the tools to manage coercive control and economic abuse after the divorce proceedings mean that the financial remedy process does not also secure a fair outcome for the victim of abuse.

For survivors of economic abuse, the effects can be life-changing, with long-term implications for their mental and financial health.

However, until recently, this form of abuse had never been recognised in law. The Domestic Abuse Act of 2021 finally addressed this, and measures were put in place to protect victim-survivors of economic abuse.

Within the Act, the definition of domestic abuse was broadened to include economic abuse, in the hope that it will provide victim-survivors with easier access to support that meets their needs and circumstances and ensure that professionals have the tools to help.

What is economic abuse?

Economic abuse is often subtle and difficult to identify, meaning it can go unnoticed for some time. It frequently overlaps with other forms of abuse, including physical, sexual and emotional abuse, but can take place on its own.

There is a strong link between coercive control and economic abuse, as coercive control is defined as one person exerting control over another, which includes isolating them from sources of support and exploiting their resources or capacities for personal gain, depriving them of the means for independence, resistance and ability to escape.

Economic abuse can take many forms, but often involves the perpetrator controlling or restricting a person’s ability to acquire and maintain money or other resources.

Often the perpetrator will have sole access to the family’s finances, capital and income, restricting the victim-survivor’s access to money, credit facilities, goods, services, food, clothing, education, training, or employment.

The red flags of economic abuse?

Below are some of the more obvious signs, but this list is by no means exhaustive, as economic abuse can present in many different ways and behaviours. Financial advisers who are working closely with clients may be able to help identify when some of these are occurring such as:

An important change brought about by the Domestic Abuse Act was that it added post-separation abuse to the existing controlling or coercive behaviour offence.

For economic abuse victim-survivors, this is key, as when economic abuse exists within a relationship, it is common for the control to continue post separation.

In these cases, when separated couples deal with their finances, the perpetrator continues the abuse by limiting access to marital assets as a form of control.

Perpetrators may start to relocate or conceal their assets, using it as another opportunity to exercise their control. They may attempt to restrict the victim-survivors access to funds, reduce their maintenance payments, or change their personal circumstances, such as resigning from their job or retiring early to manipulate their wealth and cause financial hardship.

The aim of this is to leave the victim with no income, encouraging them to return to their abuser, given they have limited freedom.

As family lawyers, we often see the perpetrator use the legal system to their advantage by making the process extremely difficult, for example by failing to disclose marital assets, causing further worry and stress, and resulting in legal costs increasingly significantly.

The role of the family court

It is often reported that the family courts permit and facilitate perpetrators control by allowing their behaviour to continue for a lengthy period, due to the restrictions within the law, which allows all individuals to have a ‘fair trial’.

Certainly, the family court focus on individuals attempting mediation or voluntary disclosure, can delay a victim-survivor of economic abuse from getting access to funds via a financial settlement, meaning the abuse can continue further.

In these cases, it is also common that the victim-survivor will not have the means to pay for legal representation due to restrictions to finances by their perpetrator, leaving them at a disadvantage.

The role of financial professionals

Accountants, financial advisers and tax specialists are often one of the few individuals who will get insight into a family’s finances and be in a position to potentially spot evidence of control, exploitation, or sabotage.

It is therefore crucial that professionals remain vigilant and have the awareness of this type of control, and when they believe it is taking place, attempt to shut down opportunities.

They also need to highlight to individuals the consequences of certain types of arrangements, and signpost victim-survivors to specialist support when required, for example the Financial Support Line for Victims of Domestic Abuse, run by Money Advice Plus.

While the Domestic Abuse Act went some way, more needs to be done to raise awareness of economic abuse.

All professionals involved, including financial and legal, need specialist training so they can properly advise victims of economic abuse and provide them with the appropriate services and resources to help them.

Victims also need help rebuilding their lives, providing them with access to their personal belongings, such as passport and identity documents, financial records, money, and help improve credit ratings, so they can regain control of their finances.

Heightened risk from the cost-of-living crisis

As the cost-of-living crisis deepens, it is having a considerable impact on people in abusive relationships.

Financial tensions exponentially increase the risk of physical, emotional, and financial abuse.  More people feel trapped, as they cannot afford to leave their abusive partner. Access to money can be an insurmountable barrier when it comes to leaving an abuser or seeking support.

In a recent nationwide survey conducted by Stowe into the impact of the cost-of-living crisis on relationships, a quarter of people were remaining in their current relationship for fear of not being able to afford life on their own.

With ever-increasing costs and bills set to continue to rise, financial tensions in relationships are at an all-time high, and the likelihood of abusive behaviour is stronger than ever.

Therefore, it is critical that all professionals are alert and diligent in their approach to spotting the signs of economic abuse and signposting victims to the correct support and resources.