Invesco – Bye Bye Boris. What does his exit mean for the UK? 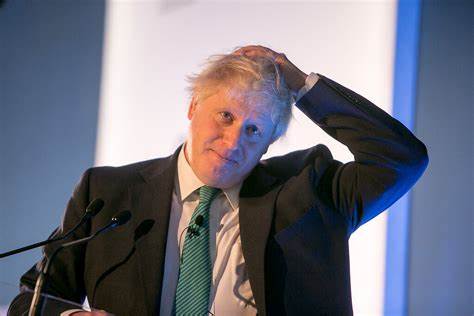 On a day when UK domestic politics again dominate headlines, there’s inevitable concern that to-ings and fro-ings at Number 10, and Number 11, will damage sentiment both towards – and within – the UK economy. Clearly this is not helpful for anyone: uncertainty never is. But how damaging is it for UK Equities? Three things to point out:

What remains unchanged is that the UK offers in our view substantial valuation opportunity in cash generative businesses, many of which are global in their activities, and among the leaders in their field.And while Sterling remains weak, there could be opportunities to buy high-quality, international companies at a double discount.

There’s no clear frontrunner for the new Conservative leader right now. This means that the polls will likely remain volatile. Even after a decision is made, the approval of a much-needed fiscal package to help the UK consumer is not guaranteed. Unfortunately, the UK economy will continue to wither in the interim as a result.

The Multi Asset team has had a negative view of the UK economy for some time. Out of the major developed economies, it’s here that we see the highest risk of a recession. Sterling weakness has been the way to play this view.

We think the UK consumer will see the greatest real income squeeze. National insurance contributions have risen, and Brexit related idiosyncratic developments have added more fuel to the inflation fire pushing food and energy bills substantially higher. The UK is enduring some of the highest inflation rates of any industrialised country.

It’s hard to turn more constructive on the UK economy right now. Not only are economic fundamentals weakening, but the profound risk of a policy error is significant. Given the current pressures, we think it’s become even harder for the government to unify around a clear strategy going forward.

In some of our Multi Asset portfolios, we’ve been outright short UK Sterling vs the US Dollar. Today’s events don’t change our view and we remain medium-term GBP bears.

The resignation of the UK’s prime minister is just one more item to add to the growing list of challenges the UK faces as the economy grapples with a combination of high inflation and slowing growth.

UK interest rates have already been raised five times since December and currently stand at 1.25%, with expectations of further hikes later into the year.

We have increased both duration and credit risk in our portfolios as a result of the higher yields available.  Inflationary pressures will likely persist given the severe supply side constraints in certain sectors of the global economy and the tightness in the labour market. Nonetheless, corporate bond yields of 4% are increasingly fairly pricing those inflationary risks.

We expect the cooling economy to result in a gradual reduction in inflation – and indeed this outlook is already being reflected in certain fixed-income markets.