Investing in the metaverse: where to find real value 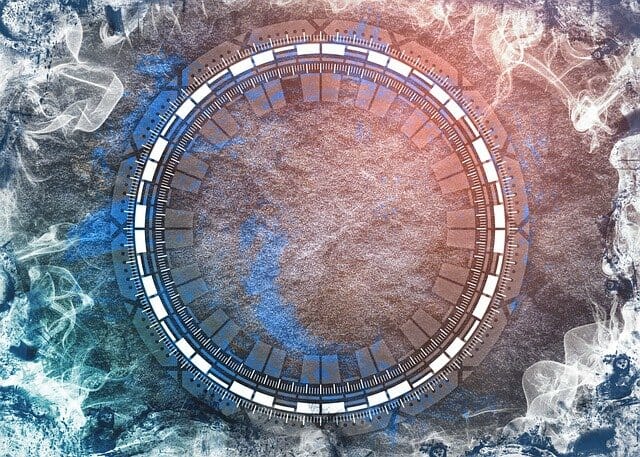 The metaverse is still a fuzzy concept – but Jeffrey Faustin, Chief Investment Officer at Jenson Funding Partners, believes there are opportunities to find real-world returns on stocks with solid business strategies today as he explores in this article.

What exactly is the metaverse? Ask five people and you’re likely to get five different answers. People know it’s important because everyone is talking about it. But it remains a hard concept to pin down. Even referring to a singular metaverse is loaded with presumptions – why not ‘metaverses’?

Still, there are good reasons to follow the trend. The obvious one is that many of the world’s biggest companies – like Google, Microsoft, and of course, Meta – are spending billions on it.

Investors are understandably intrigued. But how do you find companies with real potential in the context of so much speculation? I believe it’s possible – if you know where to look.

Making sense of the metaverse

The metaverse is a fuzzy concept and it has several definitions. For the sake of getting to a working definition, however, we can identify a few key features. Firstly, the metaverse isn’t a single thing. The metaverse also won’t come with a launch date – in other words, there won’t be a binary on/off moment.

This has investment strategy implications. For most, success isn’t about backing a big winner. It’s not picking the Google of Web 3.0, and it’s not picking the right Bored Ape NFT (although digital assets have a big role to play).

To most investors, success in the metaverse will be about selling pickaxes in a gold rush. Hear me out.

How to sift through the noise – and find real value

There’s no small amount of irony in using an adage about gold prospecting in the 1800s to describe high-tech developments in 2022. But it’s surprisingly apt. Scouring the Yukon for flecks of gold was a notoriously fickle and thankless task.

Very few prospectors made any money at all. But selling kit – like pickaxes or denim jeans – could be lucrative. Crucially, you didn’t have to descend into the depths of a mountain to do it.

Finding future giants is extremely difficult but finding companies that will service them is less so. Take DreamReality Interactive, an award-winning company that builds VR and augmented reality (AR) assets for other developers to use.

What’s more, lots of those technologies, like virtual reality (VR), already have a strong commercial appeal today. Investors shouldn’t look to companies that promise to dominate the metaverse in ten years – they should look at companies with a strong business case today.

Take Focus MRS, an edtech company that builds mixed-reality environments for remote learning. There’s room for a mixed-reality edtech technology in the metaverse of the future, but it’s just as interesting today.

The metaverse is a new market, but it’s a market all the same. That means it follows the same rules as other markets – it’s vulnerable to speculation, and there will inevitably be some who try to capitalise on the confusion and promise to give you the world in five or ten years.

To get past that, investors must focus on the value proposition offered by companies today. This is just plain good investment fundamentals – what problem does this company solve? Why is this company able to solve this problem in a way that no one else can, or no one else does as effectively? And is it able to do so in a profitable way?

Yes, these things are difficult to predict. But that’s why it’s so important to keep as much of your decision-making grounded in the present. Has the market demonstrated a willingness to buy into a solution? You can often get a good idea by looking at early signs such as order numbers or new customers.

The metaverse is a fascinating trend and one that’s essential for investors to have on their radar. But be wary of tunnel vision. Keep your portfolio balanced and diversified – always prudent investment advice, whatever the theme you’re looking at.

No one knows what the metaverse will look like a decade from now. Frankly, no one can agree on what it means today. But that doesn’t detract from the investment potential it holds. Finding value is possible, just make sure you keep both feet rooted in the real world – even if you’re gazing into a virtual one.