#IWD2022: women 47% more likely to use new investment platforms compared to traditional ones 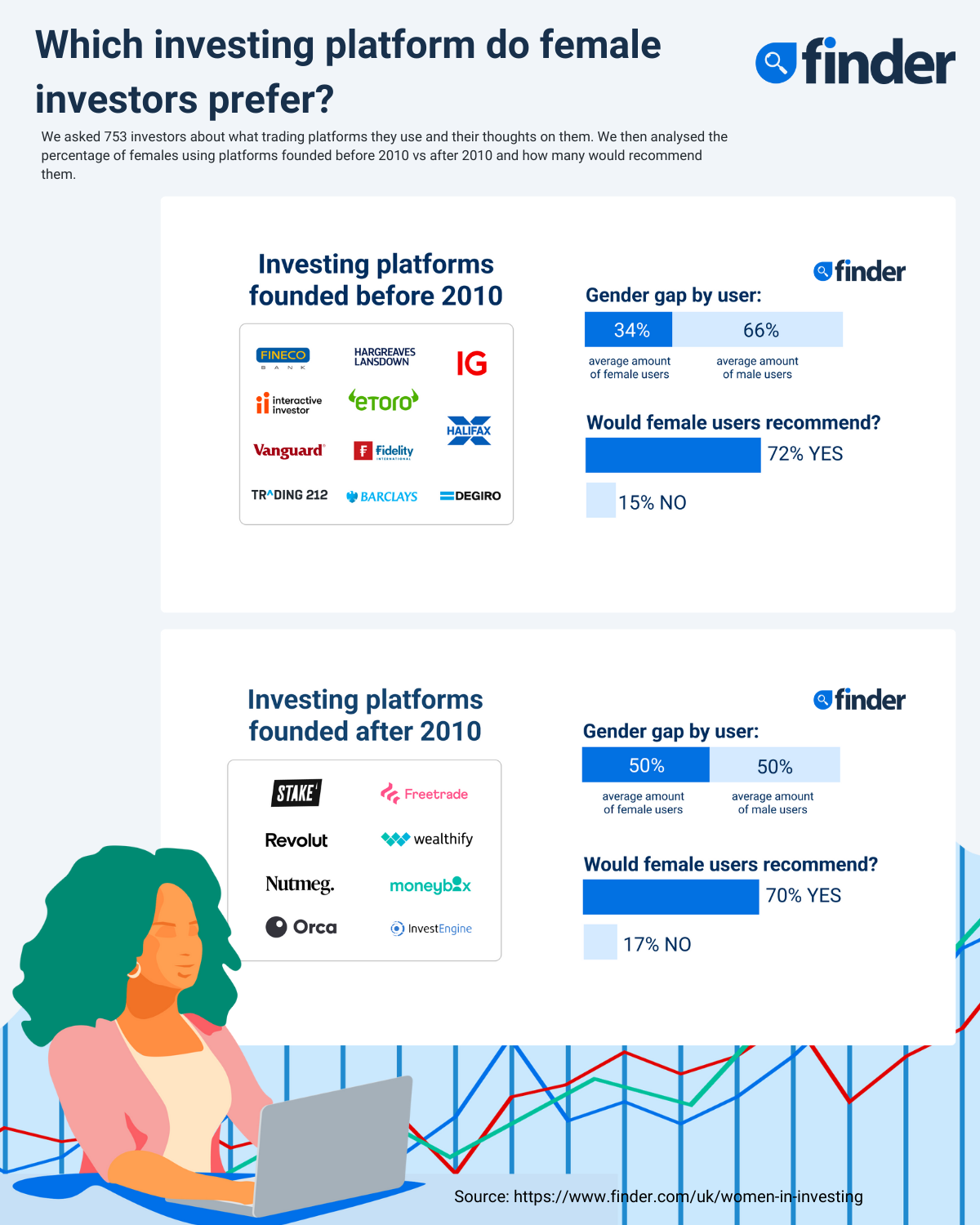 On the eve of International Women’s Day 2022, new research from personal finance comparison site finder.com highlights how newer investment platforms such as Nutmeg and eToro seem to be gaining more favour with female investors than more established counterparts like HL, Halifax Share Dealing and AJ Bell

Women who invest are 47% more likely to use share-trading platforms founded after 2010 according to an analysis by finder.com, a personal finance comparison site.

By analysing survey data from 753 customers of all the major trading apps in the UK, Finder discovered that share-trading companies founded after 2010, such as Freetrade, eToro and Nutmeg had an equal share of male and female customers at 50% each.

In comparison, most people using investing platforms founded before 2010, such as Hargreaves Lansdown, AJ Bell and Halifax Share Dealing, were men (66%), and just a third (34%) were women.

These findings indicate that newer platforms seem to be attracting more female users and closing the gender gap when it comes to investing. This might be due to significant advertising of newer apps through a range of media that include social media.

Interestingly, there doesn’t seem to be much difference in customer satisfaction between older and newer platform users who are women. Around 7 in 10 (72%) women who use trading platforms founded before 2010 said they were satisfied with them, while 70% were happy with platforms founded after 2010.
To see the research in full visit: https://www.finder.com/uk/women-in-investing

Zoe Stabler DipFA, investment specialist at finder.com, gives her thoughts on the analysis:

“In what has traditionally been a male-dominated sector, it’s positive that newer share trading platforms seem to be attracting more women.

“For any new investor, regardless of gender, it’s wise to explore all options and do thorough research from a variety of different sources before making a decision.

“Our survey found that men were twice as likely to use investment news sites for research, while the top source for women was YouTube.”