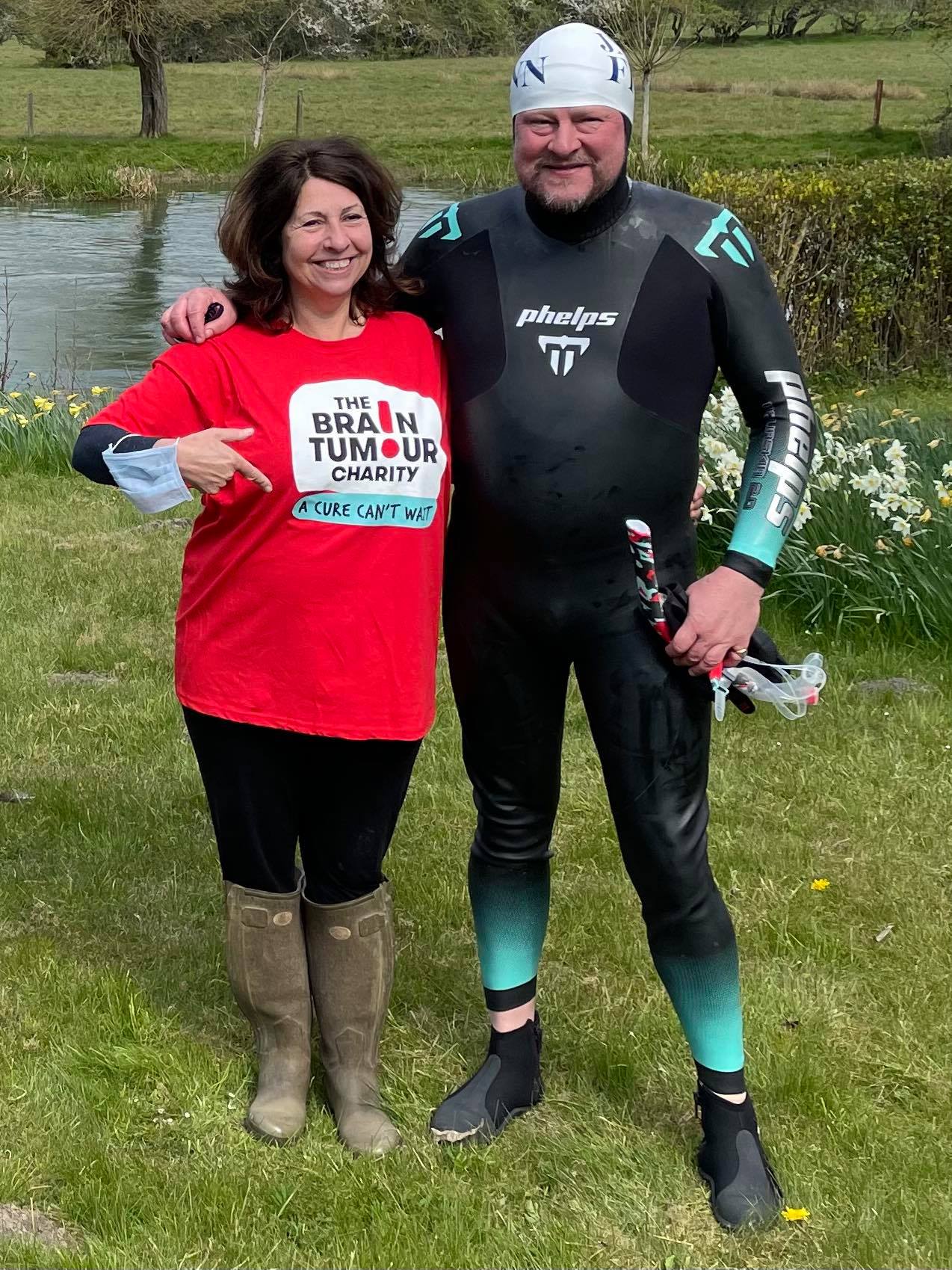 Sir John Royden, Head of Research at JM Finn, attempted to be the 8th person to ever continuously swim the full 42.8 mile length of Lake Geneva in July last year raising vital research funds for The Brain Tumour Charity. John swam for an incredible 22 hours and covered 28 miles before being pulled from the water by the safety staff on board the support boat.

John is courageously returning to Lake Geneva next week to continuously swim the last 15 miles to be able to say he has completed the full length of it.

Sir John Royden Head of Research, JM Finn said “I have been completely overwhelmed by the number of people who have supported my efforts to swim Lake Geneva. I am committed to completing the swim to honour every person and every single penny donated.”

As well as raising huge awareness of brain tumours and The Brain Tumour Charity, John and his partner, Sarah have (to date) raised a fantastic £408,000, making a huge impact on The Charity’s vital work.

Brain tumours are the biggest cancer killer of children and adults under 40. Brain tumour also reduce average life expectancy by 27 years – the highest of any cancer. Despite these stark statistics, research into brain tumours is woefully underfunded with less than 3% of the yearly UK cancer research spend going to this devastating cancer type.

Tragically, John lost his dear sister, Emma, to a brain tumour in 2003 when she was just 32 years of age.

John said: “One distinguishing feature about my sister Emma was that she was loved and liked by everyone that she met. On the Venn Diagram, that puts her with a big overlap with the angel category.  Nobody ever had a bad word about her. Mind you, I think that is also true of our mother.”

“Emma was the inspiration for me starting this swim and I am determined to finish it in her memory. There was very limited treatment available to her when she was diagnosed and quite frankly little has changed in 19 years. She did have a brain operation but that just added three rather poor-quality months to her life.”

Although finishing the full distance this year will not result in John’s name being added to the ‘list of legends’ of those who have completed the swim, John is absolutely determined and will still undertake the last 15 miles under The Lake Geneva Swimming Association rules.

John will finish his Lake Geneva swim from Monday 25 July. You can follow his training and swim itself through the social media links below: