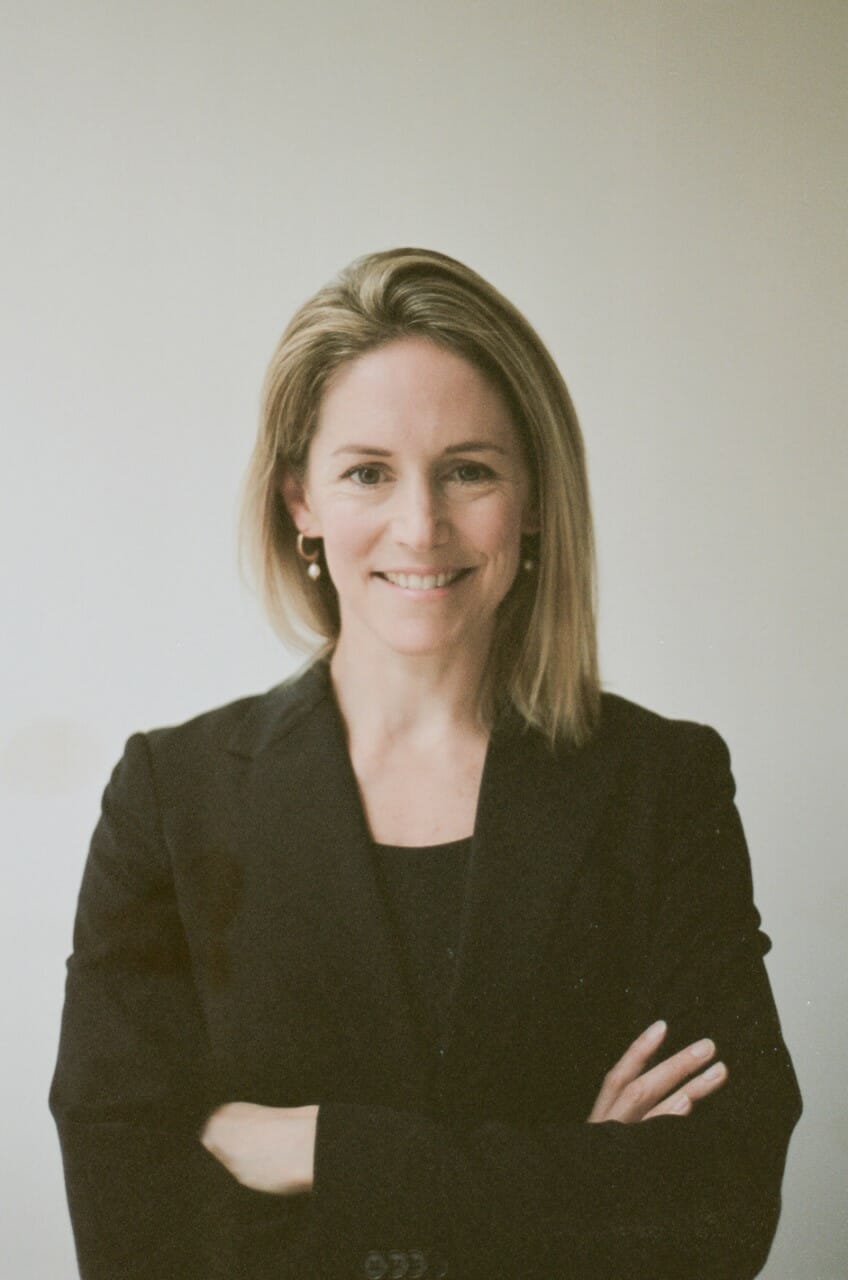 Now in our fourth year of London Climate Action Week, expectations of the role of finance in achieving our net zero ambitions in the UK have never been as intense.

This year it feels like there is unprecedented momentum combined with equally tough questions being asked of net zero. What it’s going to take to get there? Who cares if we do? Who cares if we don’t? Can it be anything other than greenwash?

The COP26 summit accelerated a number of crucial sustainable initiatives. The International Sustainability Standards Board (ISSB) is bringing the much-demanded convergence of ESG standards closer.

And the Glasgow Financial Alliance for Net Zero (GFANZ) is driving the agenda among the finance sector, steered by our ex-Bank of England governor Mark Carney.

Then in April the UK became the first country to make the Task Force for Climate-related Financial Disclosure (TCFD) mandatory for large cap companies. This was also headed up by Carney.

So, feeling quite encouraged, you can imagine my surprise at an FT Moral Money conference last month to hear the Head of Sustainable Investment at HSBC AM, Stuart Kirk, accuse Carney for hyperbole on climate risk in a speech entitled “Why investors need not worry about climate risk”.

Once jaws were picked up off the floor, it was time for us sustainable investment ‘nut jobs’ to face some uncomfortable questions. If Kirk is right, even a little bit, then banks are finding no incentive nor rationale to be concerned.

The economic impacts of a +3 degree world are notoriously and uniquely hard to predict. But ultimately, if the banks don’t need to care, then sustainable finance is surely set to fail. Are we deluded to think there’s real momentum happening? Are we sleepwalking into doing business as usual in a haze of greenwash? This is a very real concern, but I believe there are reasons to be cheerful.

No going back
The FTSE 100’s climate disclosures since 2015 show some interesting trends. The visual below shows a count of companies who reference two key phrases: “net zero” and “TCFD”. In the space of just 4 years, the number of companies talking about net zero in their Annual Reports went from 3 to 69. 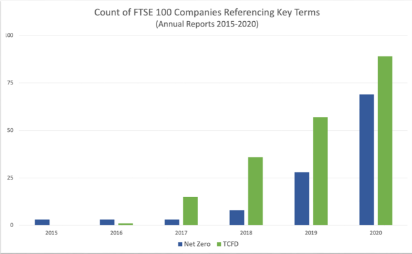 This is a danger. But also striking is the traction shown by the TCFD. The number of companies referencing “TCFD” overtook “net zero” in 2017 as soon as it was published. By 2020, 89 of the largest UK companies were talking about it.

Most importantly, they will start to be held to account. US, European and UK regulators are tightening up rules around ESG claims, framing greenwashing as nothing less than fraud. And as climate risk disclosure improves, investors will increasingly have more information on which to make better decisions, and keep raising the bar.

If Kirk is right, then some of the largest companies in the world must be getting it wrong. I find that hard to believe. I don’t see us going back.

From posturing to possibility

Sustainable finance is going through some growing pains and tough questions are being asked of everyone posturing as green and good and filling their boots with pledges and promises.

No-one ever said decarbonizing the global economy while balancing the dynamics of global supply chains and needs of developing populations would be easy. While there are multiple sustainability agendas, London Climate Action Week will be focusing on net zero. While championing every initiative from grassroot to global, we must be prepared to hold ourselves to account and call out greenwashing.

To solve this challenge at scale, AI technology is being adopted by the TCFD body as well as the SEC itself to verify whether corporate disclosures are compliant. We believe the investment industry should have the same powers.

There is a heightened need for simple tools that leverage clever tech for cutting through corporate reports to surface meaningful disclosure – to give greater agency to those within the investment sector who hear Kirk but care anyway, and can move the needle by holding companies to account.