#LCAW2022: Why Hydrogen is the simplest yet most complicated solution – Rahab Paracha 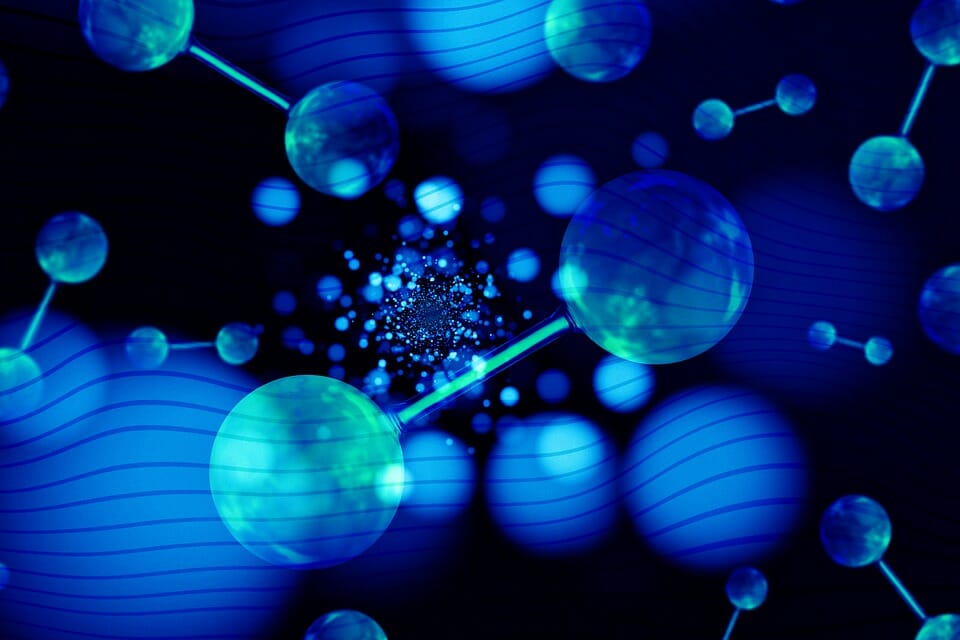 Hydrogen is the simplest and most prevalent element in our universe. Yet turning it into clean energy is complicated indeed, notes Rathbones sustainable multi-asset investment specialist Rahab Paracha.

Hydrogen: fuel of the future?

Many people – rightly or wrongly – have high hopes for using hydrogen to reduce emissions and keep climate change at bay. The pledge to limit global warming to significantly less than 2 degrees Celsius above pre-industrial levels (preferably 1.5 degrees) has been widely accepted. Yet big changes are needed to energy usage to meet these targets and governments’ blueprints tend to be vague on the detail.

The International Energy Agency forecasts energy demand will rise 50% by 2050. Such an increase, if powered by fossil fuels, would make limiting global warming to 1.5 degrees virtually impossible. We need an abundant and clean energy source that allows us to shift away from fossil fuels and decarbonise a number of difficult sectors including transport, steel, cement and agriculture. That’s why hydrogen is getting many people excited.

Hydrogen is the lightest and most abundant element, estimated to make up almost three quarters of the mass of the visible universe. It acts as an energy carrier which means it can store and deliver usable energy when burnt – and most importantly it burns cleanly. Unlike fossil fuels which release carbon dioxide, when we burn hydrogen in the air (to release the stored energy) the only waste product is water vapour (as the hydrogen combines with oxygen).

The main issue, however, is getting the hydrogen in the first place. While it is abundant, it normally doesn’t exist by itself in nature, so instead has be produced from compounds that contain it. Ways of doing this include using fossil fuels (e.g. coal or natural gas), nuclear power, biogas and renewable power such as solar and wind. These different methods of producing hydrogen gas can themselves emit carbon and therefore have varying levels of environmental impacts.

Most of the hydrogen produced today is ‘grey’. This is done through a process called natural gas steam reforming or steam methane reformation, where natural gas or methane is split into hydrogen but also carbon dioxide. Per tonne of hydrogen, about 10 tonnes of CO2 are generated as waste and released into the atmosphere – not a huge help in reaching net-zero after all! In fact, around 6% of current global natural gas usage produces hydrogen in this way.

To try and stop this excess carbon dioxide polluting the atmosphere, you’ve then got ‘blue’ hydrogen. This is where the carbon dioxide is captured after the reaction and stored underground via industrial carbon capture and storage (CCS). But this is also not a perfect solution as typically only 80-90% of the CO2 can be captured, at best. One of Shell’s blue hydrogen plants manages to sequester just 48%, giving it the carbon footprint of 1.2 million petrol cars. There are also
considerable costs to storing carbon underground.

You’ve then got the holy grail: ‘green’ hydrogen. This method uses electrolysis to break down water into hydrogen and oxygen, therefore no carbon emissions. If renewable energy is used to perform the electrolysis this method is genuinely climate neutral – hurrah! And because it uses electricity, it also offers the potential to divert any excess electricity – which is hard to store (like surplus wind or solar power) – to electrolysis, using it to create hydrogen gas that can be stored and fed back into the grid for future energy needs when demand rises.

The future is green – or is it?

It seems to be a no-brainer then that green hydrogen will be essential in helping economies achieve net zero emissions by 2050. So, what’s stopping us? Green hydrogen is currently expensive and inefficient – which is why it contributes only around 1% of all hydrogen production. Today, there are merely a handful of green hydrogen projects that are commercially viable, and many in the industry believe it won’t become widely viable until at least 2030.

In part, this is because green hydrogen relies upon the capacity of electricity generation and the affordability of renewable energy – itself a work in progress, as we’ve seen recently on our power bills.

Also, a lot of energy can be lost during the process of electrolysis, which is why we say it’s inefficient. There’s an immediate energy loss because it takes a lot of power to break the chemical bond between oxygen and hydrogen. This means, on average, the cost of hydrogen per kilowatt hour is greater than the electricity it’s derived from. Another stumbling block for a hydrogen energy revolution is storage and transport.

Hydrogen molecules are so small that they can leak out of containers, meaning pipe networks previously used for natural gas or methane may have to be upgraded before they are fit for hydrogen. And, of course, other infrastructure also needs to be built up – for example refuelling stations – to encourage widespread adoption by consumers.

As is often the case, if we want the ‘hydrogen economy’ to help our journey to a low-carbon future, we need a little help from the government to put the regulations and policies in place to incentivise investment and consumer take-up. Encouragingly, this seems to be happening. According to a report from the Hydrogen Council, at the beginning of 2021 over 30 countries had released hydrogen roadmaps. That had led to 200 hydrogen projects and governments worldwide had committed more than $70 billion in public funding.

While we believe hydrogen is a strong contender for helping solve our clean energy conundrum, we are a little more sceptical than the average bear when it comes to hydrogen opportunities right now.

That’s not to say there aren’t some very exciting new green technologies out there which could help to partially replace fossil fuels with green hydrogen within the next 20-30 years. But rather, no matter how good a sustainability story may sound, we remain disciplined with our investment approach: looking for quality companies which have strong management and a history of putting money to work effectively, as well as financial discipline and sensible levels of debt.

We aren’t interested in getting pulled into the hype and investing in speculative areas. There are a few different approaches you can take to invest in hydrogen. You can take the direct route: there are many ‘pure play’ companies that are developing the bedrock technologies. They tend to be in their early growth phases and have attracted a lot of attention in recent years.

Some of these companies focus on producing green hydrogen, while others specialise in manufacturing the
fuel cells needed to make hydrogen fuel function for buses, trucks, trains and ships. Some companies do both. The explosion of interest in hydrogen has meant many of these companies are on pretty spicy valuations (although some have become a little cheaper in recent times), despite being loss-making – some of them have failed to book any revenue at all for years.

For most, this isn’t expected to change for several years yet. Given our investment philosophy, we simply can’t invest in these companies as they stand. Many are highly volatile and their projects, technologies and business models are too untested for us to feel confident and comfortable that their ambitious visions and predictions for profitability will come to fruition.

And where they are profitable often they are too small to provide the liquidity we need. Instead, we believe a more prudent way to take advantage of growth trends in hydrogen is to invest in larger and well-established companies, whose fortunes are not entirely tied to the rise of the hydrogen economy. These businesses are able to lend their expertise to help accelerate adoption through pockets of investment. One great example is Linde, a multinational industrial gas and engineering services provider which we own in our sustainable multi-asset portfolios.

It plays a promising role that spans the breadth of the hydrogen market, from generation and liquefaction to transportation and storage. As an example of targeted investment, in 2019 Linde bought a minority stake in ITM Power and formed a joint venture with it to provide global green gas solutions at industrial scale using ITM Power’s modular electrolysis technology.

We also own SSE (a leader in wind and hydro power) and National Grid (a utility business focused on electricity and gas networks), both of which are investing in hydrogen projects. SSE has partnered with Equinor with the aim to build the world’s first blue hydrogen-fired power plants right here in the UK. And National Grid is building a UK facility to trial if hydrogen can replace gas in its existing pipe networks.

Continued investment into hydrogen technology is crucial if we want it to be a fuel of our future. Green hydrogen production costs have already fallen by 40% since 2015. They are expected to fall by a further 40% through to 2025 driven by declining renewable energy costs, improved electrolysis technology and good old-fashioned economies of scale. Even then, it’s important to acknowledge that this is going to be a marathon, not a sprint.

The most credible projections only forecast around 12-14% of total EU and UK energy demand being satisfied by hydrogen by 2050 – and that’s still 30 years away! Meanwhile, it’s really important that blue hydrogen generation isn’t captured itself by energy producers that may use it as a means to stay relevant and prolong the lifespan of their existing, dirty assets.