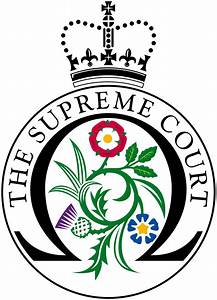 Published in The Times on September 18, 2020, the judgement finds that a transfer of a terminally ill person’s pension fund from one scheme to another which, though potentially conferring inheritance tax advantages on her sons, was done with the sole intention of avoiding any possibility of benefit accruing to her ex-husband, was not a “transfer of value” subject to tax.

When, however, the transferor then deliberately omitted to take any benefit under the new scheme, so that the entire benefit fell outside her estate on her death (and in the event went to her sons in accordance with her expressed wishes), that omission was “a transfer of value” on which inheritance tax was payable.

There was no material break in the chain of causation between the omission and the increase in value in her sons’ estates by virtue of the fact that the payment to the sons resulted from the exercise of a discretion by the pension scheme administrator.

The Supreme Court so held (Lord Hodge and Lord Sales dissenting in part) when allowing in part an appeal by the executors of the late Mrs Rachel Staveley against a decision of the Court of Appeal upholding notices of determination by HM Revenue and Customs in respect of both the transfer and the omission.

Mrs Staveley’s executors, Mr Richard Parry, a solicitor, and her two sons, had challenged the determinations before the First-tier Tribunal (Tax Chamber) which found tax payable on the omission but not the transfer.

On appeal and cross-appeal, the Upper Tribunal (Tax and Chancery Chamber) found no tax payable at all.