Meet the manager of the M&G Global Listed Infrastructure Fund

IFAM: We have seen an increasing number of dividend cuts driven by political reasons. How do you handle those?

AA: A couple of dividend suspensions in the fund were politically motivated. I would highlight Flughafen Zurich which, in our mind, did not need to cut the dividend, but given the bailout of airlines which were primary customers of the airport, it was difficult to be seen as passing on those subsidies to its shareholders in the form of dividends. The company has therefore temporarily suspended the dividend, but I expect that it will very capably reinstate the dividend at an appropriate time. The language around Sydney Airport’s dividend suspension was similar in the sense that it was the right thing to do. We understand the reasons for the actions taken and we will assess the outcome for these airport companies as the situation develops.

Unite Group’s dividend cut was also the right thing to do, in our view, after the student accommodation provider decided to forgo revenue despite contractual rights to rent. PrairieSky Royalty’s cut was a prudent measure reflecting the new realities of the energy sector, not in any way reflecting balance sheet strain as the company carries zero debt. Both companies remain committed to long-term dividend growth.

In general, we would look to sell a stock if the company had no intention of reinstating the dividend or returning to a path of dividend growth, but none of these holdings fall into that category.

IFAM: Are current valuations justified given the lack of visibility in earnings and the market volatility?

AA: As a listed infrastructure strategy we invest in reliable revenue and cashflow streams, the most critical element of that being revenues and cashflows which are completely independent of the economic backdrop, especially those derived from utilities. In terms of reliability of earnings, utilities are the only bastion of strength in the market at the moment with earnings expectations going up and for that reason we have been increasing our exposure to utilities which now stands at the highest weighting we have ever seen in the strategy at 37%. To put that into context, utilities account for just over 3% of the MSCI ACWI Index. It’s really about capitalising on the reliability of revenue and cashflow streams and therefore dividend growth to meet our objective of growing the income stream. There are other areas of the strategy which are dependable such as ‘social’ infrastructure where the revenue streams are paid regardless of whether the facilities are being used, for instance, civic infrastructure or educational infrastructure where the revenues continue despite being shut down. This asset class tends to be resilient. There is economic exposure from transportation infrastructure, for example, but we want that exposure for long-term growth.

Valuations vary by sector. In utilities, we have seen earnings revised higher, yet we haven’t seen a proportional increase in prices, so we have an attractive valuation proposition in the largest part of the portfolio. There are other areas of the strategy where valuations are depressed. I would highlight energy infrastructure and certain parts of transportation infrastructure, and we have appropriate weightings in those areas. This is where active management comes into play as we take advantage of relative valuation opportunities in the fund and rotate capital accordingly.

IFAM: To what extent are returns from listed infrastructure dependent on low rates

AA: In the long term, it shouldn’t matter, but in the short term, listed infrastructure can be influenced by volatility in the bond market. Because of our focus on long-term growth, we are indifferent towards rates in the short term. If we were just investing in businesses with a high yield and no growth, I would give you a different answer because we would be exposed to the bond-proxy type behaviour from those kinds of stocks when rates move higher. When we have seen volatility in listed infrastructure around bond market episodes, we have taken advantage of those opportunities because over the long term we want to see a growing economy that benefits the companies we are investing in, that comes with some inflation and some gentle rise in interest rates. All of that is welcome to us and to the businesses we are invested in for the fund.

IFAM: Does the portfolio have any geographic bias or aversion?

AA: Regional weightings are not determined by a top-down view and are mainly an outcome of bottom-up stock selection. They are also a function of our investible universe and the types of companies we are willing to invest in, taking into account physical asset, progressive dividend, strong governance and management. North America features highly for a number of reasons. It’s a deep market where we find many companies that meet our criteria. It is the only area of the world where we can find listed energy infrastructure businesses and one of the few areas where we can find listed communications infrastructure businesses. As a result, roughly half of the portfolio is exposed to North America. This is mainly an outcome. We also have a bias towards developed markets, simply because of the high-quality governance and dividend growth that we look for. We are also conscious of volatility and therefore careful about having too much exposure to emerging markets. We are mainly developed market-focused with mainstream currencies to deliver a rising income stream in sterling from a global portfolio of listed infrastructure businesses.

IFAM: What are your expectations for the fund’s distribution?

AA: There is still uncertainty about the economic recovery and various elements of listed infrastructure, but we took some significant action to increase the reliability of income and income growth in the portfolio by way of our initiatives in the utilities sector. Consequently, the fund’s distribution for the first half of the current fiscal year ending 31 March 2021 increased more than 20% compared to last year, although we would be wary of extrapolating this growth rate. When we model everything through with conservative assumptions, our expectation – and this is an expectation, not a promise – is that the typical dividend growth of 5-10% has moved down to 0-5%. We remain committed to the objective of growing the distribution in the current fiscal year. 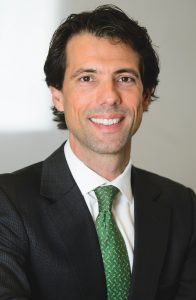 ‘How to gain traction in the Adviser Market,’ Hardman New Entrant Network Webinar

Record redundancies hit hundreds of thousands of people before Christmas

Nexus Investments: So why EIS?

Save the dates and register now

Record redundancies hit hundreds of thousands of people before Christmas

Nexus Investments: So why EIS?