Pensions – A Long and Winding Road

Steve Bee takes us on a whistle-stop tour of the new pension structure. It’s onerous, it’s scary for some, but it’s here to stay. So pay attention at the back

The world of pensions in the UK is constantly changing. Pension legislation used to change every once in a while in the good old days, then it started changing every year, then every few months, then every month, then weekly and nowadays it changes more or less every day. For all we know, some major changes will be announced tomorrow morning, or the next day, or even the day after that. Or maybe they won’t, but maybe something else will. That’s the way of it.

That makes pensions an engrossing and fascinating subject for the inner sanctum of supposed experts, but mind-bogglingly incomprehensible to normal people. Just because what you know (or think you know) was on the money last week doesn’t mean it’s right this week. You may be hopelessly out of date. Behind the times. You have to run to keep up with it. If you snooze, you lose.

The irony is that we need a constant pension system in which to invest our hard-earned money and we’re lucky enough to have just that; but the constancy we have in our pension system is oh-so unfortunately nothing other than constant change. Bad luck on us I guess.

But underneath all the chopping and changing, and the constant media noise on why you should do this or that, and why people wearing brown shoes on Wednesdays get better annuity rates than people who live in London, but don’t drive and all that nonsense, there are trends that can be made out by stepping back a bit and looking at the thing as a whole. There’s a certain direction that all the noise and confusion is going in. A defined path.

For the last fifteen years or so that direction has been determined by the transference of risk.

Employers have been transferring risk from themselves and their balance sheets to their employees, by switching off defined benefit (DB) schemes and replacing them with defined contribution (DC) schemes. At the same time, the government has been transferring risk and cost from the public purse to employers’ balance sheets by ending our weird 50-year experiment with the state second pension and contracting-out.

The transference of risk from employers to employees is pretty well understood these days, I suppose. The certainties that DB schemes gave to employees were only there because (and while) employers were prepared to underwrite the mortality and investment risks associated with promising defined levels of benefit payable from fixed points of time in the future. Once employers saw the generosity of doing that hit the bottom line of their balance sheets, it was not really surprising to see them abandon DB schemes in the way they did, and as quickly as they did.

Perhaps more important to the new direction was the long-term significance of the planned demise of the state second pension. You see, since 1961 we’ve had something odd going on in the UK. If employers didn’t run pension schemes of a certain standard for their employees, the state required them and their employees to participate in and contribute to an earnings-related state second pension that was run on a collective basis through the supposed efficiencies of the central state mechanism.

This earnings-related scheme was initially called the Graduated Pension, which morphed into a GTI version of itself called the State Earnings-Related Pension Scheme (SERPS) and latterly morphed once more, Doctor Who style, into the State Second Pension (S2P).

That’s the way it’s been in the UK ever since the momentous National Insurance changes that started in 1958 – back in the days when Buddy Holly was the new king of rock and roll and nobody had yet even heard of the Beatles or Bob Dylan. Those changes at the tail-end of the 1950s shaped the two-tier state pension system that we have had in place for over half a century since.

It is that that is changing now in the second decade of the 21st century, and it is that that is setting the direction of change that is running alongside the equally significant changes of heart that have taken place in boardrooms up and down the country, as employers have switched off their DB schemes, one at a time, and once and for all.

The death of the DB-style state second pension is happening right now too.

All employers will in future be required by law to provide a private-sector workplace pension scheme for their employees, and to contribute at least a minimum required amount to it for them. The pension scheme provided by employers has to pass muster, as defined in the legislation and regulations, and employers themselves will be held accountable for administering a process called ‘auto-enrolment’ to ensure the right employees are in their schemes and the wrong ones aren’t (unless they want to be and depending on what type of ‘wrong’ employee they are (there are two types). And, as is usual with pensions, of course, this is far from straightforward.

The way it is happening is that every employer will in the future effectively be required to do at a micro level within their own businesses what the state previously did for them at a macro level.

The future, in this context, is separately defined for each employer as starting on something called its Staging Date; a sort of go-live date when the auto-enrolment reforms hit their particular business straight between the eyes. Every employer in the UK has been allocated a Staging Date.

In that future, employers have, in effect, to replicate locally what the state used to do for them centrally. So what exactly did the state do centrally?

Well, for fifty years or so it ran a pension scheme (unfunded, but still a pension scheme) that passed muster. It populated it with the right people at each pay period and transferred the required pension contributions from both employers and employees, while ensuring the wrong people weren’t included in it or paying towards it. All of this was done through the National Insurance system.

What’s happening now is that employers themselves will have to sort out who’s who, eligibility-wise, at every weekly or monthly pay period – and either put them in their scheme or not, and allow some of those who are not put in to opt-in if they want to, but not to allow some of them opt in if they’re the wrong type of wrong and can only join in. [Interestingly, those who are in, whether put in or opted-in, can also opt-out if they wish and in that way the new system differs fundamentally from the old system; it has never been possible to opt-out of paying National Insurance contributions.]

Was There an Alternative?

There are some who say this simple process is a bit on the fiddly side, and that surely there must be an easier way of going about things? There were, of course, many alternatives, but that’s not the direction we’re going in and have been going in for nearly a decade now. That needs to be understood I think. Detail can be changed, of course, and we’ve already seen a lot of that and will doubtless see more, but changing direction, changing horses in mid-stream, is another thing altogether – and much, much less likely.

Obviously, if the idea was just to raise additional contributions of 3% from employers and 4% from employees, then that could have been done by simply introducing a new higher level of National Insurance contributions. If the idea was also to ensure that these new contributions should form funded benefits – rather than the previous idea of unfunded benefits held in the National Insurance fund, that could have been achieved by requiring people to contract-out of the state scheme and divert their NICs into a private-sector funded pension scheme.

All of the centralised machinery was in place to do that. Contribution collection systems for National Insurance are in place and understood by employers, and by those who run their accounts. The process of contracting-out with a choice of private pension provider has also been in place since 1961. That would not have been difficult to do – indeed, the reforms put in place very briefly in the political turmoil of the mid 1970s by the [Keith] Joseph reforms in 1974/75 were aimed at doing just that: using enforced contracting-out to generate a funded state reserve scheme.

In future, employees will eventually have a single, subsistence level state pension entitlement from the state, payable from a State Pension Age that will float on the foam of generational cohort changes in general mortality – and also, almost certainly, a DC pension pot that they will have almost complete control over, both in terms of the timing and the shape of the income they will draw from it.

The risks and costs of providing those DC pension pots will be passed to employers and the private pensions industry and the twin risks of mortalility and investment transferred to individuals. 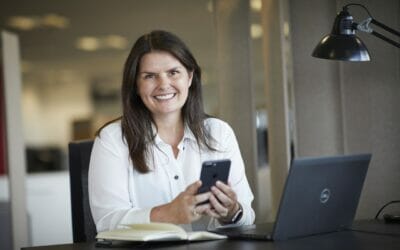