The round was led by Octopus Ventures and included Northern Gritstone, the Foresight Williams Technology Funds and the Innovation Fund, as well as receiving funding from Innovate UK. A spin-out of Sheffield University, it has used its in-depth research into Antimony, the semi-metal element, to develop a unique, patented approach to infrared sensors to dramatically improve their performance in LIDAR (light detection and ranging) systems. The new architecture is 10x more sensitive and with 50% more range compared to equivalent sensors, reducing the cost of manufacture of LIDAR sensors and opening up mass market adoption.

“We are delighted to be leading this investment round for Phlux Technology, as this innovative breakthrough is critical to the future direction of transport, communication and emission monitoring systems,” said Amy Nommeots-Nomm, Deep Tech Investor, Octopus Ventures. “Today, there is market consolidation among the silicon-based sensor companies, precisely because they can’t solve the problem that Phlux has cracked, making its potential hugely exciting.”

According to the Semiconductor Applications Catapult[1], the UK compound semiconductor market was worth around $8bn in 2020 rising to $11bn in 2024, which is around 8% of the global market. techUK[2] highlights the country’s strength in semiconductor design and Intellectual Property (IP) with 110 design firms based in the country, as well as leading in non-silicon-based compounds – the field that Phlux is emerging into. Phlux is based in one of the world’s leading centres for III-V semiconductor research, with world class research and facilities at Sheffield University, and The National Epitaxy Facility, which was awarded £12 million in funding from UK Research and Innovation (UKRI).

“Phlux Technology is a fantastic example of the exciting new generation of science and technology businesses in the North of England turning research into reality,” Duncan Johnson, CEO, Northern Gritstone. “The company’s innovative approach demonstrates how world beating technology, with the potential to change entire industries, is emerging from the Sheffield, Leeds and Manchester triangle. Northern Gritstone exists to support and supercharge businesses like Phlux.”

Infrared sensors, such as those that Phlux is building, have applications beyond LIDAR in satellite communications and enabling internet in remote regions, fibre telecoms, autonomous vehicles, gas sensing and quantum communications. Phlux was recently awarded an Innovate UK project with Quantum success story QLM, developing sensors for a LIDAR based camera monitoring greenhouse gas emissions.

“We are excited to be working with Phlux to develop sensors for our single-photon LIDAR for the measurement of greenhouse gas emissions,” said Murray Reed, Chief Executive officer, QLM. “Climate control requires very large-scale deployment of monitoring solutions, which demands low cost technology and complete supply chain control of critical components such as sensors. Phlux’s technology is particularly exciting as it offers a higher performing alternative to the current approach and opens up a new UK supplier with significant potential for us.”

Overcoming the limitations of silicon-based sensors

Phlux Technology was founded by Ben White, CEO, Professor Jo Shien Ng and Professor Chee Hing Tan, who met at Sheffield University where they researched novel semiconductor materials and devices for infrared detection. Unlike Moore’s Law for semiconductors which predicts performance improvement every 18 months, infrared sensors (InGaAs) have reached a plateau in terms of performance. Having studied alternatives for more than 10 years, the founders identified Antimony as a material capable of revolutionising the LIDAR sensor market. It opens access to the 1550nm infrared space, offering higher sensitivity and capacity as it operates in the ‘eye safe’ region of the electromagnetic spectrum.  Well over 1,000 times more photons can safely be launched compared to silicon compatible emitters, enabling Antimony based sensors to see further, with greater pixel density at a mass market cost.

“Our ambition is to become the Nvidia of the sensor market, starting off with delivering the world’s first LIDAR sensor chip using Antimony,” said Ben White, CEO and co-founder. “Industry will never achieve full autonomy with LIDAR if it relies on silicon-based sensors, so our approach will reshape the sensor market for robotics and self-driving machines. We are delighted to be spinning Phlux out of Sheffield University at a time when it has ambitious plans to become a global centre of excellence for semiconductor research and the UK is looking to demonstrate its capabilities as a global science superpower.”

In the first stage of commercialisation Phlux has developed a single element sensor with world leading sensitivity that is retrofittable into today’s LIDAR systems and will be part of the Phyllo series product line. Longer term, Phlux is building an integrated subsystem and array modules forming a high-performance sensor toolkit and over the next year, it will grow its engineering team in areas such as fabrication, mixed signal circuit design, optics and testing.

“Increasing sensor performance whilst driving down cost are key enablers for accelerating the uptake of higher levels of driving automation and with this seed funding, we look forward to seeing Phlux’s sensor technology transition to full commercialisation,” commented Matthew Burke, Head of Technology Ventures at Williams Advanced Engineering.

Commenting on the investment, Christopher Wiles, Investment Director at Foresight said: “Phlux’s innovative technology has the potential to become the prevailing standard in the automotive LIDAR systems. We look forward to supporting its entrepreneurial team as they deliver on this ambition.” 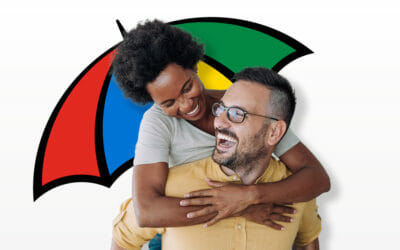