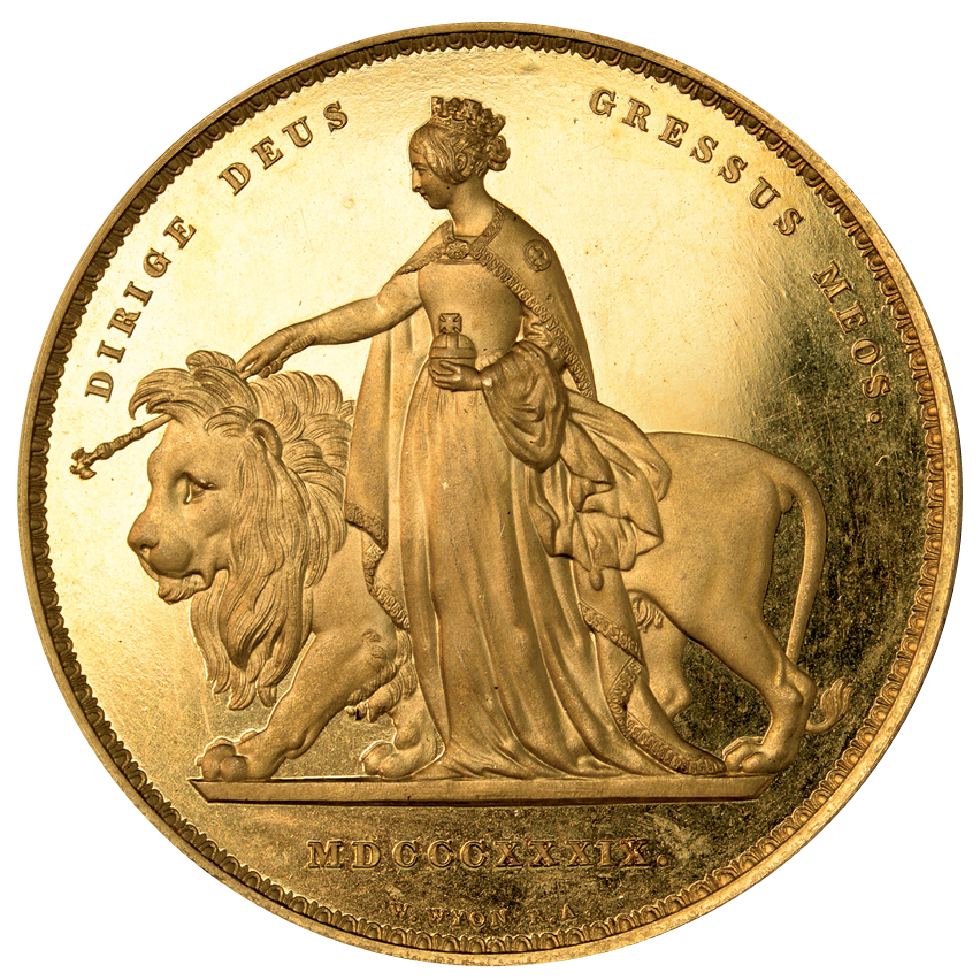 The Royal Mint has this week unveiled a new range of precious metals bars featuring iconic artwork from its archive of coins. The first in the ‘Great Engravers’ bullion bar series features ‘Una and the Lion’, originally created in 1839 by The Royal Mint’s Chief Engraver William Wyon.

The beauty and intricacy of Wyon’s design has made ‘Una and the Lion’ one of the world’s most desirable historic coins, and it now features on a bullion bar for the first time –  available in Gold (1oz) and Silver (1oz, 10oz and 100oz) in limited numbers. In the first three days of sales, over 60% of the Silver 1oz and 30% of the Gold 1oz have been reserved by precious metals investors.

The stunning new version of Una and the lion was created by Jody Clark, who is best known for his coinage portrait of Her Majesty The Queen – the official effigy struck on to all United Kingdom coins since 2015. The experienced artist has created many other deigns for The Royal Mint including the regal and renowned Queen’s Beasts Collection.

Andrew Dickey, Divisional Director of Precious Metals at The Royal Mint comments: “As a leader in precious metals, The Royal Mint’s bullion range is recognised by investors across the globe and admired for the standards of quality and accuracy that you’d expect from a world-leading mint. We’re delighted to add these new designs to our range, bringing a traditional design such as Una and the Lion to our modern range of bullion bars creates a juxtaposition we think will be popular with investors who have an eye for beauty.

Andrew continues, “Gold is regarded as a safe haven asset, and has increased in popularity this year as it has become more accessible. The new Una and the Lion range adds a contemporary twist for investors with a passion for modern design.”

The Great Engravers Una and the lion bullion range has been struck on a range of 999.9 fine gold and silver bars. Each bar is finished to The Royal Mint’s bullion standard, with the one-ounce gold bar presented in unique, secure, Royal Mint branded blister packaging.

The bars each have a limited around available.  Prices are live, in line with the metal price.

Numbers are as follows:

Una and the lion was first captured on coins by William Wyon RA, Chief Engraver at The Royal Mint from 1828 until his death. Wyon was inspired by the poem The Faërie Queene by Edmund Spenser, but fused his interpretation with reality, by depicting the young Queen Victoria as the focus of his design. His Una and the lion coin is considered as one of the most beautiful in coinage history, and became a natural choice for the first subject in a new bullion series.

The Royal Mint has been synonymous with precious metals for over 1,100 years and is the trusted home of gold in the UK.  They are the primary producer of bullion coins and bars in Britain, as well as offering digital investment opportunities and safe storage, combining a flair for design with expertise in metalwork. The form has evolved from coin to bar to digital asset, including Digi Gold and physically backed, exchange-traded commodities, as well as Little Treasures, a gold-backed savings account specifically for children, yet the value and appeal has been consistent.