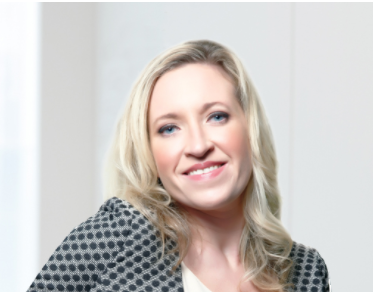 Pension scams can be absolutely devastating. Individuals are often approached by scammers offering pension investment opportunities out of the blue with genuine sounding investments. They are highly experienced at using sophisticated techniques to win trust before redirecting the individual’s hard-earned retirement savings leaving a trail of financial devastation and hardship in retirement behind them.

I am seeing a significant increase in the number of member complaints against trustees relating to pension scams. More often than not the trustees and their administrators have taken all reasonable precautionary steps and are not at fault. As a pensions lawyer I will work closely with them to shape a successful defence which helps avoid such complaints being escalated to the Pensions Ombudsman or the Courts. But wouldn’t it be great if the scams could be avoided in the first place? – That would surely be the preference of everyone (except, of course, the scammers).

Pensions scams aren’t new and the industry has been taking action to prevent them for years. The Pensions Regulator launched its Scorpion Campaign in 2013 – many in the industry will be familiar with the leaflet which schemes often send transferring members which warns them about predators stalking their pensions.

A further layer of protection for members was added by the Pension Schemes Act 2015 which imposed a legal requirement on trustees/their scheme managers to ensure members seeking to transfer funds of more than £30,000 had taken independent financial advice from an FCA authorised adviser.

Despite these steps the scammers have continued to dupe savers.

The latest protective steps have been introduced by the Pension Schemes Act 2021 and the regulations thereunder – trustees now have greater power to stop transfers being processed in certain circumstances.

From 30 November 2021 trustees and scheme managers will be required to conduct certain checks before permitting a transfer from their scheme. The checks consist of two conditions:

Condition 1 will be satisfied if the transfer is being made to:

These are assumed “safe destination vehicles”. In practice the trustees will need to obtain confirmation from the member of the type of arrangement they are transferring their benefit to.  If the arrangement features in the above list the trustees do not need to consider Condition 2. One point to note is that personal pension schemes were included in the safe vehicles destination list in the draft regulations, but no longer feature – vastly increasing the number of transfers which will need to be tested against Condition 2.

Condition 2 will be satisfied if the transfer does not exhibit any red flags (defined in the regulations). Trustees are under a duty to carry out checks to identify the presence of red and amber flags.

The examples of red and amber flags provided above are not the exhaustive lists but they do clearly demonstrate the added burden this will place on trustees and their administration teams.