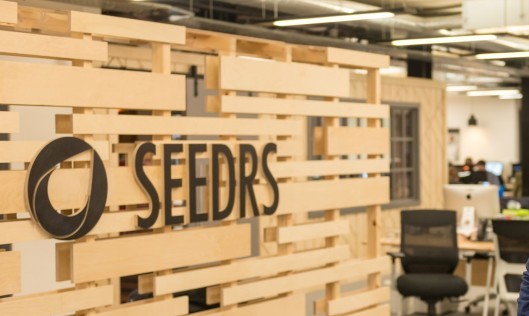 Current CEO and founder Jeff Lynn gets a seat at the head of table as Executive Chairman. He will focus on major strategic, commercial and corporate initiatives.

The company says the changes signal an aggressive growth stage.

Kelisky originally joined in January as COO and his promotion comes at the end of an 18-month process. This began in early 2016, when Lynn told the Board that as Seedrs moved from its start-up phase to being a true scale-up, he felt it would benefit from having a CEO who had already led a successful, high‐growth transformations in technology-driven businesses.

Kelisky has a strong pedigree, starting out as a programmer and systems engineer—and later became a salesman—at IBM during its Lou Gerstner-led renaissance.

Following an MBA at London Business School and several years consulting with AT Kearney, he joined Multimap, which was Europe’s leading provider of online mapping services. After a year he was promoted to CEO and led the business for five years before selling it to Microsoft in 2007.

He joined Microsoft with the sale of Multimap, serving as General Manager of the Bing Local Search and Mapping portfolio worldwide. He then joined Picsolve, a Fidelity-backed $75 million image capture business in the entertainment space, as CEO.

Kelisky said: ”I feel privileged and delighted to lead our incredibly talented team at Seedrs on our very bold mission. We have a track record of delivering many firsts to market in aligning the interests of smart investors and ambitious businesses in equity crowdfunding – and this is only the beginning. With the products and services in our pipeline today, I look forward to accelerating on that success and continuing Seedrs’ unique dedication to quality, transparency, and service to its fast growing customer base”.

Lynn added: “I am hugely excited about the transition we are announcing today. Jeff Kelisky is going to make an outstanding CEO, and I cannot fathom placing the company’s leadership into a better pair of hands. Meanwhile, I am very much looking forward to serving as Executive Chairman, where I will have the chance to focus on major initiatives where I feel I can add most value to the business, and indeed where I can support and learn from Jeff’s leadership as the company pursue aggressive growth in the months and years to come.”