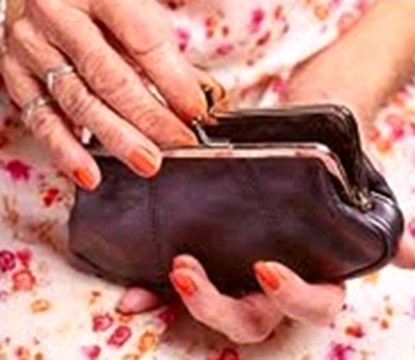 Three in ten (31%) people below State Pension age expect it to be their main source of income when they retire, rising to four in ten (39%) of those aged 55+, research by mutual life, pensions and investment company, Royal London, reveals.

The State Pension is the main source of income for more than half (54%) of people who currently receive it.

Along with five Royal London customers, Sarah Pennells, the mutual’s consumer finance specialist, undertook a week long ‘State Pension challenge’ to live on £185.15, the equivalent of the full State Pension.

The challenge encourages people to think about their pension provisions and how much they might need to save to live comfortably in retirement.

The survey of 4,000 adults reveals a shortfall in expectations, as people think they need £1,117 a month on average to live comfortably in retirement. The new State Pension pays up to £802, resulting in a shortfall of £315 per month.

More than half (52%) don’t think they would be able to live comfortably in retirement if the State Pension was their sole income.

Customers who took part in the State Pension Challenge said they realised if they didn’t have other pension provisions, their lifestyle in retirement would suffer.

Stevie-Leigh Edwards, from Epping Forest who took part in the challenge, said: “ I have realised that it’s just not doable to live on the State Pension alone. It’s hard enough to live on it and have a basic life, so it’s made me realise that come retirement my complete lifestyle would change if I didn’t have anything else to rely on.”

Workplace pensions are expected to be the main source of retirement income for many people, with around two in five (38%) choosing it. Those aged 55+ are most likely to have the State Pension as a main source of income (51%), compared to just a quarter (25%) of those aged 18-34.

Commenting on the finding from the retirement income research Sarah said: “Those relying on the State Pension as their main or only source of income will undoubtedly find budgeting extremely difficult, with today’s rising costs adding to the pressure.

“It’s important that everyone gets a pension forecast from gov.uk to show how much State Pension you’ll receive when you retire as you may not be entitled to the full amount.

“Planning for retirement may not be a top priority when day-to-day costs are spiralling, but it’s also important to look at how much income any workplace or private pensions could generate on top of your State Pension and see if there’s a gap between the life you’d like when you retire, and the life that’s affordable.”