Sterling slump: “A Government and central bank pulling in opposite directions is the stuff of a banana republic” – advisers and mortgage experts reaction 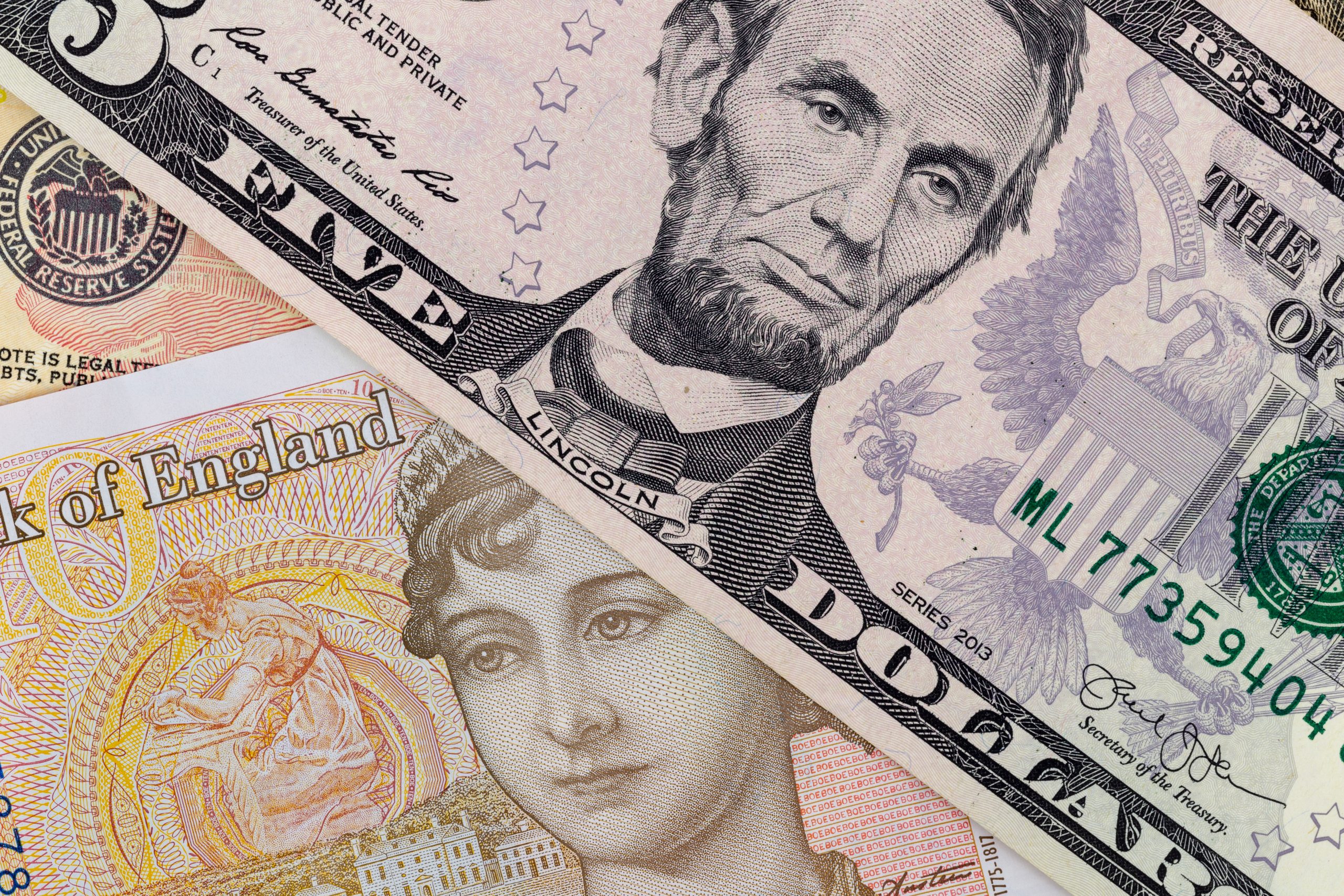 In response to concerns about the impact of Chancellor Kwarteng’s latest plans for tax cuts, in Asian trading overnight, Sterling hit a record low his morning against the greenback. It slumped as much as 4.9% to an all-time nadir of $1.0327, before stabilising at a higher level in early London trading –  although it is still down on the day. Needless to say, this pressure on Sterling is  concerning many financial advice and mortgage professionals as well as other business professionals, who have shared the following comments with IFA Magazine about what they see as the implications of the currency weakness:

Wes Wilkes, CEO at wealth managers Iron Market: “Welcome to 1971. Confidence in UK business and the economy was already wobbly at best, but Friday’s fiscal event has taken a sledgehammer to Sterling. It has single-handedly made the Bank of England’s challenge to get inflation under control an even more difficult task. The mini-Budget has shattered confidence in the UK across global financial markets, and that confidence was already extremely low. A potential emergency meeting of the MPC and an additional rate hike in an attempt to defend the pound could send markets into further turmoil and certainly will feel like a blow to millions of households with mortgages who are already having to tackle the higher cost of living. Fiscal and monetary policy have never seemed more disjointed.”

Rob Gill, managing director at mortgage broker Altura Mortgage Finance: “The big concern now is that the Bank of England will be forced to respond to the plummeting pound with an emergency rate hike within the next few days. This will likely cause turmoil amongst lenders and borrowers, both of whom are struggling to cope with the pace of change as it is, and potentially put the Bank of England on a collision cause with the government and their quest to stimulate the economy. A currency in freefall, the soaring cost of borrowing and a Government and central bank pulling in opposite directions is the stuff of a banana republic.”

David Robinson, co-founder at London-based Wildcat Law: “The markets are showing what they think of the “mini-Budget” and unfortunately, it’s not in Truss they trust, it’s the safety of the US Dollar. I’m sure many will be pointing out that nearly every major currency has weakened against the dollar, however the numbers show that Sterling has suffered more than most. Any minor uplift to household budgets given by the mini-Budget will be more than outweighed by the impacts of Sterling’s slide. Unfortunately, this is a classic case of not looking at the whole economic picture when coming up with policy. When the markets give such a damning verdict on policies supposed to be aimed at the economic markets, you know you have really missed the mark.”

Mark Robinson, Managing Director of Southampton-based Albion Forest Mortgages: “The Pound has fallen almost as low as the confidence in the current leadership. If this leads to more base rate rises it could be disastrous for all of us. Last week, I called the government short-sighted, but they must be getting cataract surgery this week to not see this coming. The Dollar equalling the pound is unheard of in my lifetime with its lowest value in nearly 40 years.”

Tim Mottram, financial planner at London-based Grey Parrot Financial Planning: “The UK economy imports more than it exports, and the revenues of the top 100 companies are obtained mainly overseas. That’s a double blow. What we import costs more, and revenues are worth less. Investors and savers are stuck. There are good fixed rate deals for savers, but why take them if the rate may be going up again soon? Investors may be highly cautious about investing in the markets when the coming recession hasn’t arrived. The government’s strategy has sent the pound crashing for good reason. The rest of the world thinks it’s a bad idea to cut taxes. The tax cuts are funded by borrowing at a time of increased interest rates and already high debt levels. A weakened pound makes many UK companies a target for takeover.”

Graham Cox, director of Bristol-based Self Employed Mortgage Hub: “If Sterling falls any more, it’s almost certain the Bank of England will be forced to step in and hike the base rate again, probably by at least 0.75% on top of the 0.5% increase last week. Unless the government steadies the ship, we’re heading for a house price crash of 20-40% over the next couple of years. There’s 1.8m borrowers coming off fixed rate deals next year. They simply won’t be able to afford the mortgage payments, forcing them to sell or be repossessed.”

Lewis Shaw, founder of Mansfield-based Shaw Financial Services: “It’s taken less than 18 months for the UK to become the sick man of Europe once again. If sterling continues tanking against the dollar, the Bank of England will have no option other than to call an emergency meeting to raise the base rate again. Ironically, the knock-on effect of an intra-meeting hike could spook markets further and send sterling even lower. The markets don’t like desperation and right now our economy has desperation all over it. At every stage in this debacle, we’ve been on the back foot. We need to regain momentum, which will mean real economic pain. The fiscal event last week by Kami-Kwasi has the potential to turn the UK into an emerging market, or worse still, a failed state.”

Edgar Rayo, chief economist at London-based finance broker, Finanze: “Imports will be more expensive so expect the prices of raw materials such as wheat and crude oil to rise, which will then push inflation higher. But sterling’s weakness also creates winners with the largest gains going to exporters as well as the housing market. Around 70% to 75% of FTSE 100 companies earn higher when they buy more pounds to convert their dollar revenues back into the local currency. This was the case when the FTSE surged 10.4% in March 2017 when the pound was battered 12.8% against the greenback. In addition, the UK real estate market can be more attractive to foreign buyers. Expect wealthy foreign investors from China and the Middle East to flood the UK property market with enquiries for property bargains just like what happened in 2016 when the pound slid to a 31-year low after the Brexit vote. In fact, the country secured 14% of total worldwide commercial real estate investment deals back then because of the Pound’s slump.”

Samuel Mather-Holgate of Swindon-based advisory firm, Mather & Murray Financial: “The collapse in sterling is a disaster for the new Government. In the same breath that they say they will fight inflation, they deliver this grossly unfair budget that has added to rising prices. Not only will the Bank of England have to step in to raise interest rates further, but a pathetically weak pound will mean anything we import in dollars (from oil and gas to iPhones) will cost more. The markets clearly don’t think Kwarteng’s budget is credible, so some of his policies need to be re-thought and then retracted. This country is being run by a confederacy of dunces.”

Anil Mistry, director at Leicester-based RNR Mortgage Solutions: “The Chancellor’s budget has done more worse than good, resulting in an all-time low for the pound against the dollar. The ramifications of this are extraordinary and the UK economy is now officially on red alert. This will now lead to more expensive fuel prices, leading to more expensive everyday goods as transport costs increase, plus more expensive imported goods. If there is an emergency MPC meeting, then another rate rise is almost guaranteed, which will then mean higher mortgage interest rates. The wholesale tax cuts announced last week are decimating confidence in the UK and will almost certainly put more people and businesses in an even more difficult position, which is quite the opposite of the Government’s intentions. On the flip side, if someone has money invested in the US markets and wants to sell them now, they are sitting pretty.”

Sam Alsop-Hall, chief strategy officer at Birmingham-based healthcare recruitment specialists Woodrow Mercer Healthcare: “As a business owner, Friday’s mini-budget and the Government’s tax-cutting policies make it feel like you’re shovelling snow while it’s still snowing. Worse still, the Government is filling up the snow machine with inflation, interest rates hikes and no support for the real issues facing businesses right now. There’s a real risk of an economic avalanche that could sweep sterling away.”

Rhys Schofield, managing director at Derbyshire-based mortgage advisors Peak Money: “Remember that magic money tree that the Tories used to bang on about? Seems that it does actually exist when it means giving tax cuts to your donor chums. I can’t actually recall a government more out of touch with the country and after 12 years in charge. This lot are definitely running on empty.”