#IWD2022: Stowe Family Law highlights need for law to “catch up and reflect trend of cohabitation” 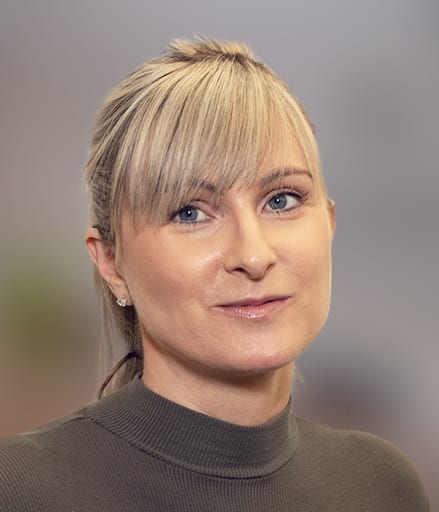 In celebration of this week’s International Women’s Day, IFA Magazine is highlighting just some of the many issues and challenges facing women with regards to their finances.

Below, Claire Chisnall(pictured), a solicitor at Stowe Family Law reflects on the findings of a survey done by the firm which revealed that 51% of Brits erroneously believe that couples who live together have the same legal rights as married couples, believing they are in what is known as a ‘common law marriage’. Clearly, this is an issue which affects many women – but equally lots of men to – and is also important for financial planners to consider when advising cohabiting couples.

The term ‘common law marriage’ – coined to describe a couple living together – is a myth that has created great confusion. This term has no legal basis, irrespective of how long a couple has lived together, meaning cohabiting couples have no financial protection should they split up.

Given that cohabiting couples make up the fastest-growing family type in the UK – currently 3.4 million (up 137% since 1996), the law would do well to catch up with this increasing trend.

With more and more people choosing to live together without getting married, couples need to be made aware of their choices when protecting themselves financially.

Financial protection is particularly important for high-net-worth individuals to consider. With so much at stake – from the main property to other assets – the financially weaker party will, in the event of a break-up, find themselves with no right to claim spousal maintenance, nor the ability to share pensions, nor the property (unless it is jointly owned).

If a cohabiting relationship breaks down, and there is property involved, this is governed by the law of property and the law of trusts. For couples who are not married, the prospects of seeking a share of the property, if it is in just one party’s name (on the title deeds), are significantly reduced.

This is also the case in the event of the wealthier of the two passing away. If there is no Will, unmarried cohabitees do not inherit under the rules of intestacy.

The good news is that a cohabitation agreement can be entered into at any time during a relationship and can cover multiple matters, including property rights, financial provision, children arrangements, and ownership of possessions should the relationship break down.

Surprisingly, Stowe Family Law’s survey revealed that only 9% of cohabiting couples have a cohabitation agreement in place, and as cohabitation numbers continue to rise, disputes over assets will only increase without such agreements.

The fact that so few people have a cohabitation agreement in place is largely because of the false notion that couples are legally protected by virtue of living together.

But despite the belief that cohabitation agreements aren’t worth the paper they are written on, costly legal fees can be avoided by having a clear agreement set out between the parties with their intentions concerning each property and/or asset held between them, either in their sole names or jointly.

A cohabitation agreement is a written document covering the assets and property of both parties in the relationship. They clearly define who owns the property/assets, what the financial agreements are whilst the parties live together, and how the property and assets should be divided upon separation.

While not a legally binding document, if properly prepared by a solicitor and both parties have sought independent legal advice, the agreement will likely be persuasive in court if a dispute arises regarding the property/assets upon separation.

Cohabitation agreements are most important in relation to property as there is legislation that protects the parties’ intentions, provided they are clearly set out, as opposed to maintenance for example, which is not protected for cohabiting couples at present.

The legislation that cohabiting couples are to rely upon following separation is very factually based, for example, who the legal owner of the property is, what contributions to the property both parties have made, and what the parties’ intention was when the property was purchased.

There is a lot of emphasis on the parties’ intention, specifically in cases when the legal ownership of a property does not reflect what the parties say was intended between them. This can be a difficult point in dispute, especially if there is nothing in writing to evidence what the parties intended, which can lead to costly litigation.

The agreement can be updated as the years pass, including if the parties have children, and this will ensure that the agreement accurately reflects the parties’ intentions at each stage in their lives together.

With more couples than ever choosing not to get married, there is a real need for the law to catch up to reflect the trend of cohabitation. But with this unlikely to happen any time soon, advice must be given to clients on how to protect themselves financially, and cohabitation agreements are an effective way of doing so.

Claire Chisnall is a solicitor at Stowe Family Law