Succession Group will launch its ‘founder’s day’ on Friday 22 June in memory of its founder Simon Chamberlain (pictured above).

Staff at all of firm’s offices will down tools at exactly midday on Friday to formally mark its first Founder’s Day. The day will consist of local charitable events run by employees to remember their founder and former CEO, Simon Chamberlain, who died unexpectedly last year, aged just 51.

Founder’s Day events have been organised by each of Succession’s 13 regional offices, and include activities ranging from 5km runs, BBQs, cake baking sales, and even a concert in Birmingham, which will play host to Local Heroes, comedian, Jasper Carrott, and ELO drummer, Bev Bevan.

Succession Group – the UK’s seventh largest financial services firm – has set aside £20,000 to match all money raised that day. The plan is to meet this target, and make Founder’s Day an annual fixture in its calendar.

The events (see below) have been months in the planning, and coordinated by Succession Giving – Succession Group’s charitable committee. Each regional hub has been given free rein to work with the charities it particularly wants to support in its area.

Succession Giving’s Chair, Mark Rogers (pictured left), said: “Every company has a responsibility to give back to the community it serves and our Founder’s Day events will be doing just this. Cancer Research UK is Succession Group’s main charity until 2020, but we plan to donate half of all funds generated by hub offices to local charities of their choice.”

Edinburgh – Packing and distributing clothing and gift bags for underprivileged and struggling families, in partnership with ‘Kids Love Clothes’

Harrogate – BBQ and raffle in support of Saint Michael’s Hospice 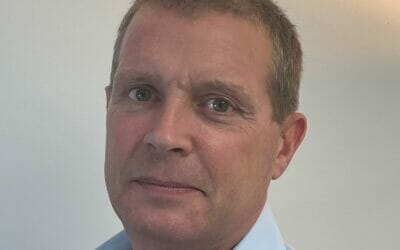