The ‘SOLVERS’: Investing in solutions to climate change 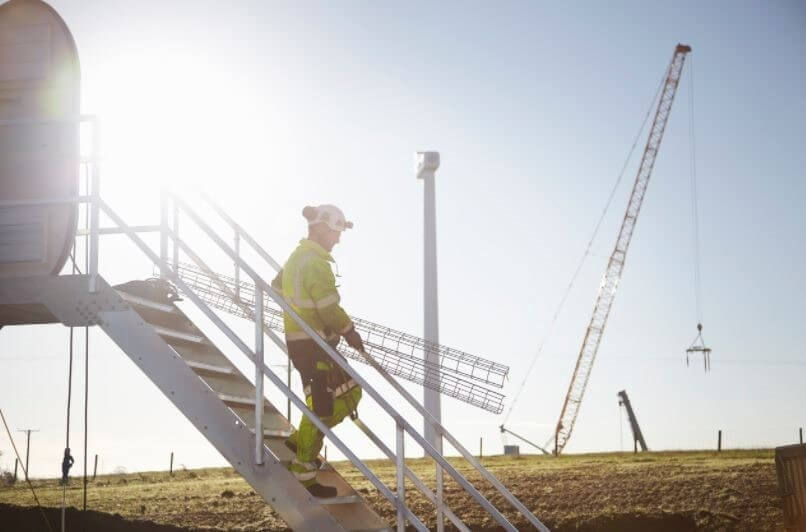 When investors reflect on the 2010s, one trend will probably shine bright in the memory: the ascending dominance of ‘Big Tech’.

The last decade has seen US technology companies flourish. They have taken commanding positions in their respective areas, like social media and online search, and disrupted other markets.

Their rise has been epitomised by the so-called ‘FAANG’ stocks: Facebook, Amazon, Apple, Netflix and Alphabet (Google’s parent). As confidence in their long-term prospects rose, their share prices – and those of peers – soared during the 2010s. The trend was catalysed further during the lockdowns of 2020, when global society became more dependent on technology for work and play, propelling the US stockmarket to new highs.

Irrespective of whether Big Tech continues its ascendence, there is an emerging theme that I believe will define global markets over the coming decade: the emergence of sustainability as an immediate and overarching priority for investors.

The simple truth is that transformational action on climate change can no longer be postponed.

The United Nations estimated in 2019 that global emissions must fall by 7% a year on average from 2020 to 2030 to get on track to limit the increase in the world’s average surface temperature to 1.5°C – a level at which the risks and impacts of climate change are lower. To meet this goal, agreed in the 2015 Paris Agreement, we must achieve net zero greenhouse gas emissions worldwide by 2050.

Rising to the challenge demands deep and far-reaching reductions in emissions across all aspects of the economy this decade. I see three key areas where companies can meaningfully help combat climate change.

The first is where their activities or products directly cut emissions, either by replacing carbon-intensive inputs with renewable alternatives or by designing components and systems that improve energy efficiency. The second is where companies help make industry and transportation – which account for 35% of global emissions combined – less polluting. The third is where companies contribute to a more circular economy by designing out waste and keeping materials in use.

When it comes to making the transition to a resource-efficient, low-carbon economy, it is European companies that are at the vanguard.

This should come as little surprise, since Europe has arguably taken more action than other major economies to address the causes of climate change, creating a supportive environment for green innovations to spawn.

European companies have gone on to become global leaders in their fields. I believe this trend is epitomised by a pioneering group that has developed solutions to the world’s most important challenges, and that we might dub the ‘SOLVERS’.

Schneider Electric – Schneider is a leader in energy-efficient electrical systems, from low-voltage devices to digital solutions that optimise processes across buildings, data centres, industry and the grid. The French group – rated “the world’s most sustainable company” in 2021 by Corporate Knights – enabled its customers to avoid 89 million tonnes of CO2 equivalent emissions in 2019, according to the company’s estimates.

Orsted – Ørsted is a leader in offshore wind power, having built more offshore wind farms than any company worldwide. By replacing fossil fuels with electricity harnessed from the wind, the Danish company – which aims to be carbon neutral by 2025 – estimates that it avoided 13 million tonnes of CO2 equivalent emissions in 2020.

Linde – Linde is a leader in the production of industrial gases, from life-saving oxygen in hospitals to hydrogen for clean fuels. The US-German group also provides gas processing solutions that enable companies to improve efficiency and cut emissions. Linde’s applications enabled approximately 100 million tonnes of CO2 equivalent emissions to be avoided in 2019, according to the company’s estimates.

Vestas – Vestas is a leader in the manufacture of wind turbines, being the largest provider and service operator of onshore turbines in the world. By enabling its customers to efficiently generate electricity from the wind, not fossil fuels, the Danish company states that its turbines avoided 186 million tonnes of CO2 equivalent emissions in 2020.

EDP Renováveis – EDP Renováveis is a leader in green energy, generating 100% of its electricity from renewable sources, mostly wind turbines. By enabling fossil fuels to be substituted, the Portuguese company said it helped global society avoid 19 million tonnes of CO2 equivalent emissions in 2019.

Rockwool – Rockwool is a leader in the manufacture of fire-resistant stone wool insulation, which significantly reduces the need for heating in homes and offices, and so energy consumption. Over the lifetime of building insulation it sold in 2019, the Danish company estimates that 200 million tonnes of CO2 equivalent emissions could be avoided

DS Smith – DS Smith is a leader in sustainable packaging, demonstrating the potential of closed-loop recycling – a process whereby waste is collected, recycled, then re-used to make the same product. By using recycled materials in its corrugated boxes, M&G estimates that the UK company saves 55 million trees a year from being cut down.

Much as the ‘FAANG’ acronym is more symbolic than complete – there are other global technology stocks, like Microsoft, that are omitted – this list is by no means exhaustive. There are many other companies spearheading sustainable solutions, including several based in North America.

European companies – and the solutions they are developing – appear pivotal to setting emissions on a downward trajectory, even though their names do not form a world-famous acronym just yet.