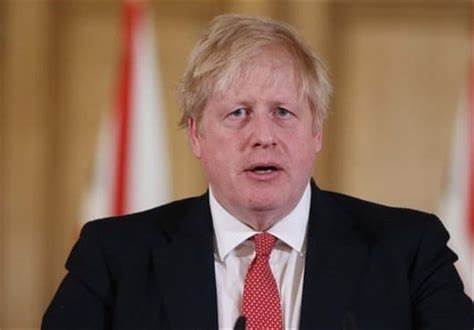 With 11 candidates declared in the Conservative Party leadership race and the UK facing the prospect of its fourth prime minister in six years, Stuart Clark, portfolio manager at Quilter Investors, has taken a look at what this political disruption means for investors and if they should be concerned by the risk politics can present to portfolios.

“Following a defiant last stand Prime Minister Johnson was left in no doubt that enough of his parliamentary colleagues had lost confidence in his ability to successfully govern and it was time to move on (or out as the case may be.)

“We will now see a leadership battle within the Conservative party to decide who the next prime minister will be, but there will be loud calls from the opposition for them to call a general election quickly in order to test their mandate with the electorate.  This is, of course, not a likely outcome and the new PM, whomever that may be, will want to utilise the still sizeable majority to push forward their own agenda while trying to successfully navigate through the various issues prevalent today.  Interestingly the market response was muted on the day suggesting that, in this instance at least, the inevitable demise had already been priced in.

“But will we see this muted response hold firm as the political situation progresses? While UK listed equities have performed well year to date compared to other regions, it is not because of its innovation or forward-thinking companies. Legacy companies, such as the oil majors and the banks, alongside tobacco and defence firms, have driven the returns in the FTSE.  Clearly the makeup of our home market has been beneficial in the current geopolitical and macro-economic environment we have found ourselves in and investors have been able to look past some of the country specific risk in favour of the international earnings of those larger cap companies – while value style investing may stay in favour for as long as inflation is high, the political situation can quickly change things.

“As with the run-up to the mid-terms in the US we shall need to wait and see what is promised through the campaign trail and what priorities are made when the new Prime Minister is elected and chooses their cabinet as to whether this acts as a potential relief for local and international investors.

“For investors, however, there is one key philosophy to keep in mind when assessing political risk. Around any political event there will be short-term noise, but it is important that you keep focused on the long-term and instead look through at what could be implemented and how that may affect your portfolio.

“Volatility will come and can be unsettling but keeping your eyes on the long-term will allow you to view that volatility as an opportunity, buying assets that may see their share prices unfairly punished in the immediate aftermath of an event. Whether those opportunities present themselves in this situation remain to be seen, however, there is a long way to go until the latest political saga has played out.”