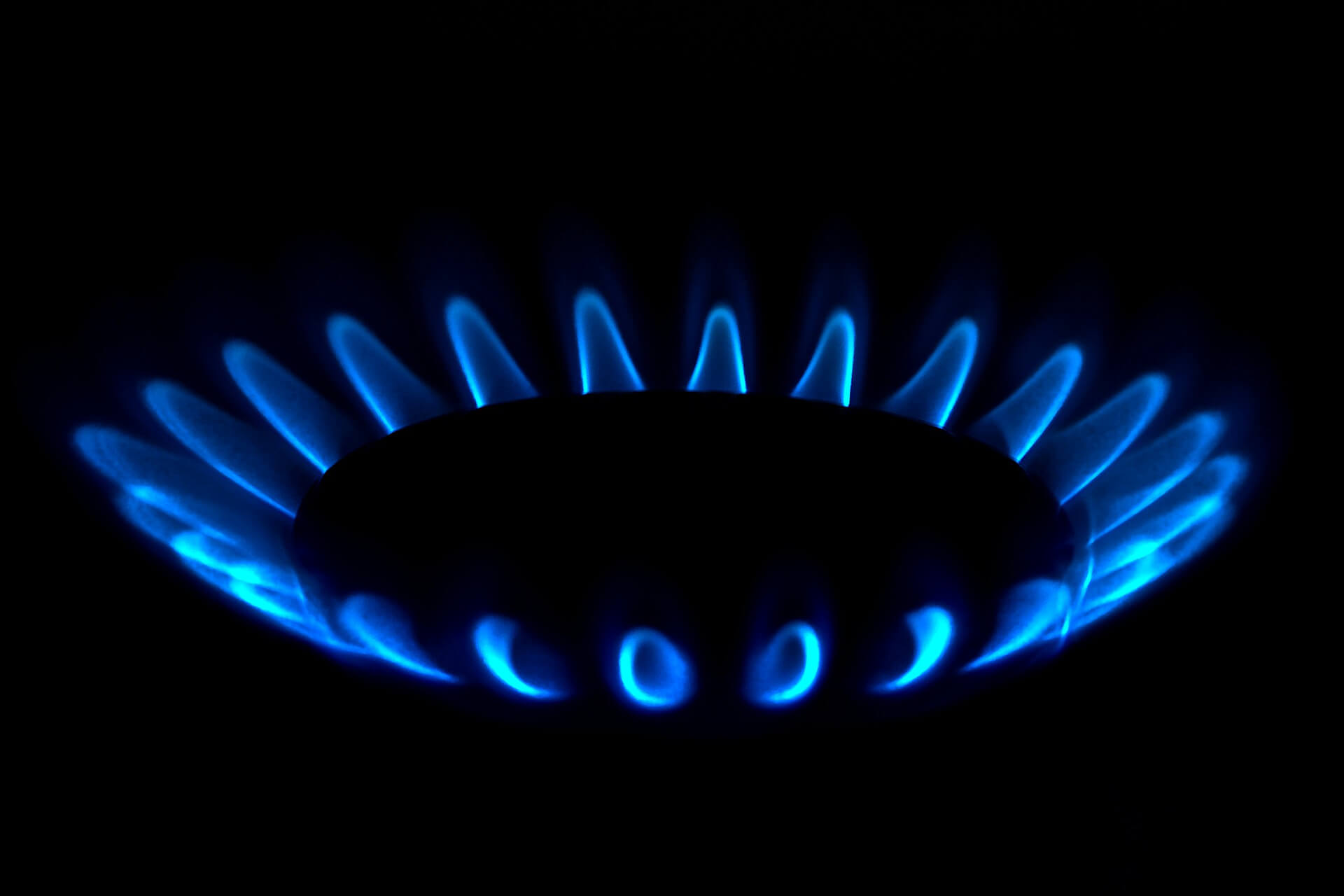 As daily news bulletins bring us such harrowing scenes of devastation and human tragedy from cities and towns across Ukraine, IFA Magazine’s Sue Whitbread talks to M&G Investments’ Alex Araujo, global equities fund manager, about how and why the consequences of the Russian invasion have focused attention on the importance of countries having sound infrastructural foundation in place

SW: As Russia’s invasion of Ukraine has transformed different Governments’ attention to matters of energy security, what are the main issues involved?

AA: The war in Ukraine has shown up just how the elements around infrastructure are so critical. At M&G we don’t actually invest in the producers of oil and gas specifically in our infrastructure strategy. However, we are very aware and cognisant of the demand for natural gas in particular in the current circumstances, as we feel the effects of the potential and the actual restriction of natural gas supply from Russia to Eastern Europe.

The Ukraine conflict serves as a reminder of how we can often take the existence of infrastructure for granted when we flick on the lights or we turn up the heating. We often don’t realise -or even know -how or where that energy is generated.

In the case of natural gas, from the very beginning of our journey with this strategy, we’ve seen it as a critical transition fuel and a less carbon intensive form of electricity generation, particularly versus coal.

Of course, we never wished or thought we would have the kind of harrowing conflict that has erupted in Eastern Europe. However, it underscores again the importance of that transition fuel and the infrastructure, most importantly, that supplies it.

Why do I say that? I think we’re all well aware now of just how much Europe, in particular, Eastern Europe, depends on Russian natural gas for electricity generation.  But how does the gas actually get places? Many of the pipelines travel through Ukraine and other Eastern Bloc countries.  One very important new pipeline, NordStream2, has been built to transport natural gas from Russia directly to Germany without crossing any land borders. It’s a complete undersea natural gas pipeline, designed to enhance energy security for Germany, as it undertook a phase-out of coal and nuclear power.

However, that approach has obviously backfired because now there’s excess dependence on one source as for political and diplomatic reasons, the final licence has not been granted for NordStream2 to transport gas. This puts Germany in a very difficult place, as well as others.

So, the first task at hand is the short-term requirement for Germany and for other countries to find alternative sources of gas supply. At the same time, I expect we will counterintuitively and counterproductively see a continuation, or an increase, in coal-fired power, which we’re already experiencing and perhaps even the extension of nuclear power, something planned for phasing out.

That’s all because it’s actually very difficult to get gas from other places, particularly in Germany. The European continent isn’t well connected in terms of supplying gas say from North Africa beyond Spain to other countries and covers quite vast distances. Germany took a decision not to move ahead with LNG gasification infrastructure some time ago. They have reversed that very recently with the plan to build two LNG regasification facilities. But that takes time.

The first and most important task is to find the sources of energy. Now it’s true that if we have a miracle peace accord and everything gets back to normal, we buy ourselves some time. At the same time the European Union has made a commitment to reduce overdependence on Russian gas.

Of course, gas comes from comes from many different places but there is pressure on these sources of supply.

All of this underscores the importance of not just the commodity itself, but the infrastructure that moves it around.

Gas is tricky as unlike oil, it’s very difficult to put on a tanker, you have to supercool it, need LNG facilities and so on. It’s less fungible and transportable, and very much in demand from China as it’s a big user of natural gas.

Going back to the UK, because it does have elements of global commodity pricing of course which have surged and its cost is directly subject to ceilings that are put in place by policy makers.

The first element is in securing alternative sources of energy – a monumental task.

The second is actually trying to diversify the sources of electricity, so that would depend less on gas itself, regardless of where it comes from.

I already talked about short term solutions around coal, around nuclear, which are less ideal for societal sustainability reasons. That turns us towards renewables and the accelerated development and deployment of renewables. This, again, takes time, requires infrastructure and hopefully, ultimately newer technologies that implement storage, for example, and potentially hydrogen.

If we want to think really long term with some ‘in the cloud’ thinking, we start to think about nuclear fusion as a potential energy source, which would be a real game changer. And I dare say a type of planet saver type technology too. There’s so much going on and for investment managers we need to ensure that we’re  ahead of the game.

SW: Thinking about energy transition, where do you see the threats and opportunities for infrastructure investment within that space?

AA: I’ll start with the opportunities, because I’m an optimistic kind of guy!  There is an enormous need for more sustainable electricity generation. The current circumstances underscore the critical nature of it, alongside the climate change related considerations. That has, in large part, been a successful journey thus far, if perhaps a bit slower because we are simply not doing enough. A recent study highlighted the point that we may not make it and that we might actually have to start thinking about mitigating the effects of climate change. It’s a very convenient ‘sleep at night’ notion to say, OK, this is what’s being done, we’re generating more and more electricity with renewables and we’re working very hard etc. But nobody really asks themselves very often, is it actually too late for all this?

When we see the kinds of extreme weather events, weather catastrophes that can without much trouble, be brought back to climate change as a potential cause, you start to realise that that’s a potential set of outcomes we really do have to consider.

So how do we protect ourselves, our infrastructure, societies or people from flooding, from forest fires, from obscure weather events, from landslides, from all of these changes in the extreme that will cause more potential for ongoing harm? It’s a huge challenge.

Despite that negative note, the overall opportunities for infrastructure investment in today’s world are huge. We have an (unusually) magnetically aligned, coordinated global effort to push that climate solutions agenda. The US is very much on side now with the new administration and even countries like China are focusing very heavily on renewable electricity deployment.

In our strategy, we have a number of investments built around that, most notably businesses that are transitioning their own energy mix and making a significant contribution by doing so. The big challenge throughout is actually getting it done and addressing the magnitude required in the very limited time that we have to deploy these strategies. It’s a race against the clock.

Of course, there are a number of challenges involved here. These include supply chain, access to materials, too much capital chasing too little opportunity, the actual build phase, the permitting, stakeholder opposition to these kinds of projects – and a huge irony relates to Germany.  We talked about Germany as a case study earlier, as it has an enormous need for renewable energy in order to address the policy issue of replacing coal etc. in the midst of an overreliance of natural gas from Russia. You’d think everybody would be on board and would want to get this done wouldn’t you? However, the minute you want to build some wind farms, it generates huge opposition from certain segments which puts real obstacles in the way.

The other issue in Germany is the grid itself. The actual transmission networks aren’t configured in a way that accommodates rapid renewable deployment. It’s because, historically, much electricity generation in Germany was adjacent to the industry that used it. Now we have a circumstance where we need to generate electricity in the north of the country using offshore wind and where the solar resource is best, which requires a lot of investment in transmission infrastructure as well. This all takes time and is one of the key challenges.

Yes, there’s the intent, there’s the ambition to drive change but practicality and the law of physics very often get in the way. That’s why I think we need to adopt a very selective investment strategy, so that we invest in only the most prospective opportunities when it comes to these kinds of investments, rather than blindly just choosing anything that has a whiff of clean energy just because it’s a popular notion.

Written by Laith Khalaf, head of investment analysis at AJ Bell “The gilt market is wobbling once again as the end of the Bank of England’s emergency intervention is now looming and the government’s fiscal plan is still two weeks away. Even that may be insufficient to...