by Spencer Freitas
in Featured, News

Before the pandemic the backdrop for markets and economies was already unstable. Now, seven months on 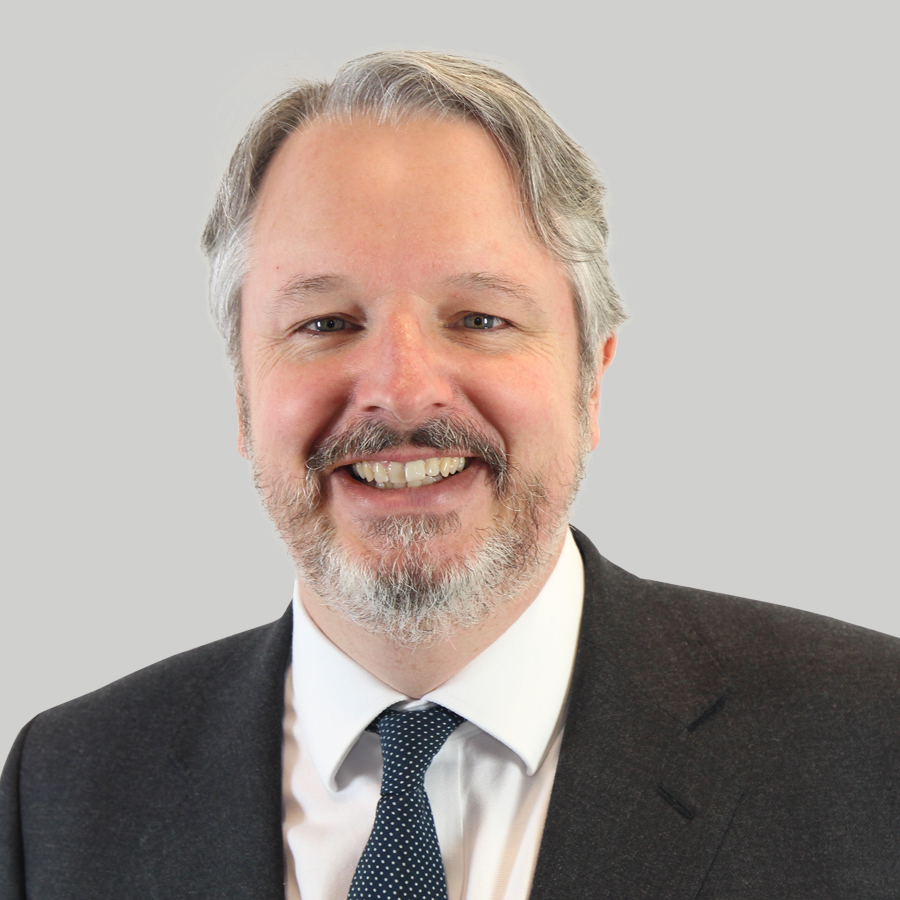 since we saw an estimated one third of the world’s population go into lockdown, it is considerably less predictable. While the dramatic collapse in asset prices in March 2020 was unique, we think investors should expect more frequent and larger drawdowns than those which took place prior to 2008

‘Secular stagnation’ was first coined by the economist Alvin Hansen in 1938. Back then, the US economy was struggling to escape from the Great Depression. Hansen suggested that slowdowns in population growth and technological advancement were suppressing both investment and consumer spending. This, he believed, would stop the US economy achieving full employment indefinitely. Hansen’s pessimistic thesis turned out to be wrong, but only perhaps because of the outbreak of the Second World War.

Larry Summers, another prominent US economist, resurrected Hansen’s theory in 2013. He believes that again we live in a world of insufficient demand, where people are saving too much. Deficient demand makes it difficult for an economy to grow at capacity, and excessive savings mean that it requires very low real interest rates to stimulate demand. Together, these effects make it hard to achieve adequate growth, full employment and financial stability simultaneously.

The forces potentially contributing to a lack of demand and excess savings are well established. They include aging populations, excessive debt, rising income inequality and technological change.

According to Summers, “Secular stagnation occurs when neutral real interest rates that balance saving and investment at full employment are sufficiently low that they cannot be achieved through conventional central bank policies. At that point, desired levels of saving exceed desired levels of investment, leading to shortfalls in demand and stunted growth”.

Since the global financial crisis (GFC), it has become increasingly hard to argue against this thesis. Ever-looser policy has failed to deliver consistently stronger growth or higher inflation.

The inevitable side effect, Summers says, is that “sustained low rates tend to promote excess leverage, risk taking and asset bubbles.” In other words, the world of secular stagnation is inherently unstable, with the forces which are undermining growth requiring ever-looser policy to offset them, resulting in economic and financial market stress and sharp episodes of volatility.

Since the GFC, other factors have tended to reinforce market instability. In August 2019, Bloomberg reported that, since 2007, average daily turnover in US Treasury bonds had fallen by over 60%, with a similar drop in trading in the corporate bond market. Large declines were also observed in the equity and futures markets. According to Bloomberg, other indicators of worsening liquidity included ‘significant intra-day moves, frequent price spikes, higher volatility of bid-offer spreads and the proliferation of flash crashes such as the sharp increase in the Cboe Volatility Index, or ‘VIX’, at the end of 2018 and the Japanese yen flash in January 2019’.

These trends likely reflect changes in market structure over time, such as the diminished capacity of banks to use capital to support market-making, as well as the growing influence of algorithmic trading and the rise of passive investing. Whatever the causes, the implication is that scarce liquidity can be expected to exaggerate market moves in the future, particularly to the downside.

As well as the increased preponderance of sharp market swings highlighted above, there are other signs of increased asset-price instability. For example, the equity bull market following the GFC has been far messier, especially in terms of drawdowns, than the one that proceeded it, with many more large falls in price over the past decade than before the crisis. 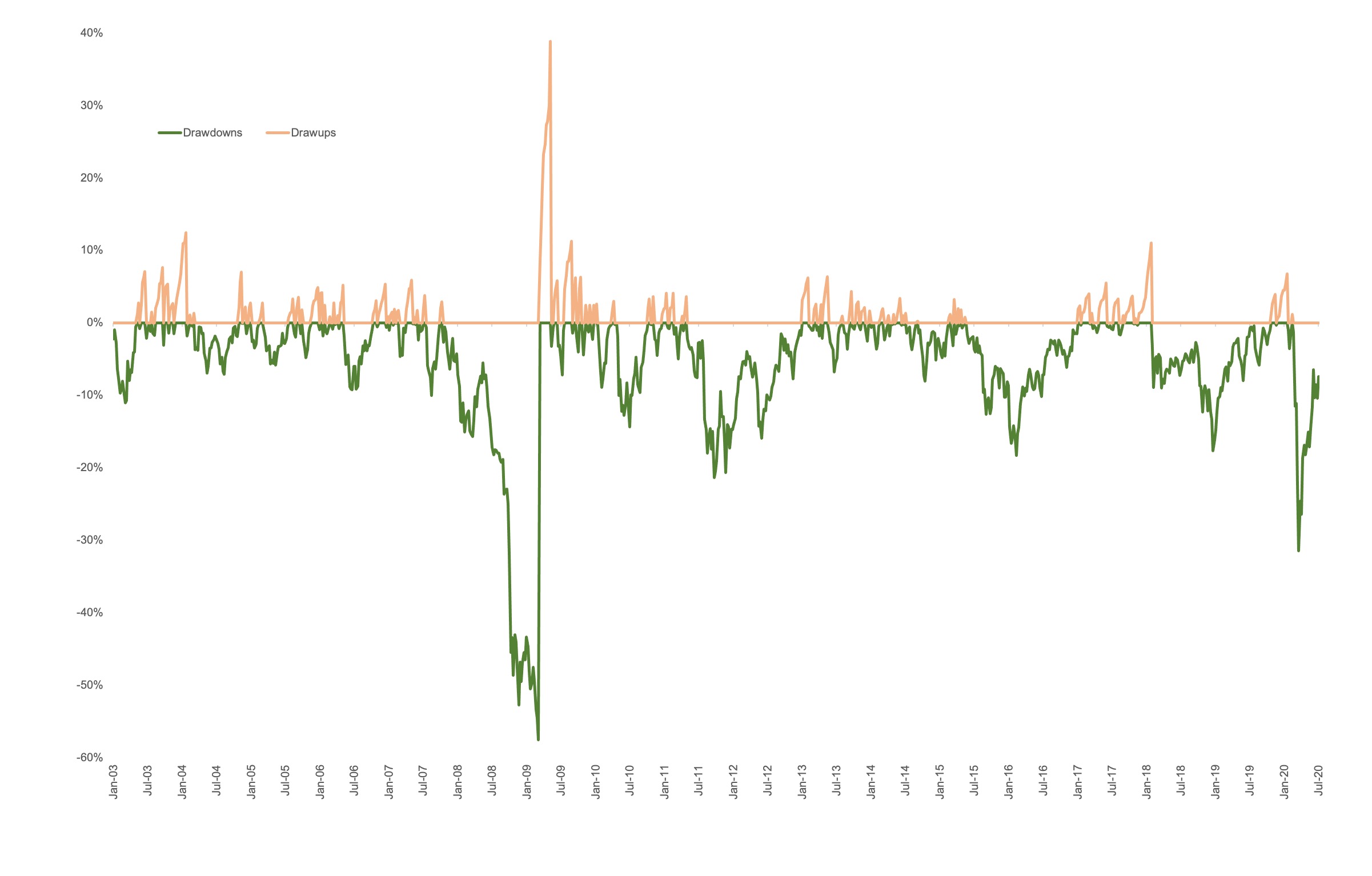 With poor market liquidity and an even more extreme imbalance between the range of negative impacts on growth and the extraordinary policy adopted by central banks to support economies in the aftermath of the COVID outbreak, investors will likely need to be even more focused on finding ways to live with skittish and vulnerable asset prices.

We believe that this supports the case, even in those periods when risks appear to have diminished, for allocating a portion of portfolio exposure to defensive strategies designed to navigate less stable market conditions – whether you are optimistic or not, in a world that appears inherently unstable, defence still makes sense.

Call us pessimists, or ‘cautionists’, but we think we have been living in this increasingly unstable world since 2008. Since inception of the Diversified Income Fund in September 2012 we have – like our peers – had to navigate some very different, and often challenging, market environments. Concentrating on minimising the downside correlation to markets, has stood us in good stead and enabled us to produce significantly more upside capture relative to downside.

Looking forward, we believe that to survive this hyper uncertain environment – where there will likely be big moves in both directions – investors will require flexibility to navigate increased instability and the ability to appropriately strike a balance between generating a consistent total return but in a risk-managed way.

Now is not the time to be complacent, but to strive to understand our unstable world – the imbalances, risks and opportunities – to provide investors with a defensive strategy that makes sense, even if the world doesn’t.

LGIM | US election: Rage, rage against the dying of the light

Five forces that could propel markets during a Biden presidency

One month to go: FCA reminds firms to be ready for end of transition period

#INTERGEN2020: how can the advice profession support the needs of younger people?

Can we fix the advice gap? Engaging Gen Z in financial planning at #Intergen 2020

Five forces that could propel markets during a Biden presidency