Changes to legislation in recent years have brought big changes to the way advice is delivered for clients in the UK. Verona Kenny, Head of Intermediary at 7IM reflects on some of the unintended consequences of such legislation but remains positive that the future for professional advice is looking extremely bright

Designed to restore confidence in the financial services industry, it was lauded by some at the time as a much-needed clean-up of the sector, and it was followed subsequently by the Financial Advice Market Review in 2016.

Deeply unpopular among advisers, the legislation was meant to provide some much-needed assurances and clarity to the public around just what they were paying for, and in making advisers more directly accountable to their clients. Very few would contest that these were areas that needed to be addressed.

While increased transparency and increased public confidence should of course always be applauded, there have been some clear, unintended consequences of this all-encompassing legislation.

Firstly, we saw a large amount of contraction across the industry in the immediate aftermath of the introduction of RDR. As higher levels of qualifications were introduced, it left many veteran advisers in their 50s or 60s with two options: either they would need to take a set of costly exams in order to continue in their role for a few more years, or be forced to retire, selling their current set of clients on to someone else. This, as well as the higher bar RDR set and the additional cost pressures this placed on firms, resulted in a large number of advisers exiting the market.

However, adviser numbers post-RDR have not decreased to the levels that many thought they would. Instead, a different and more impactful change has occurred. Advisers are now looking after fewer mass-market clients as they have become more selective about which clients they deal with and take on. This has led to undoubtedly the biggest unintended consequence – the advice gap – which has left it much harder for people with smaller portfolios to access formal financial advice.

From the adviser firm point of view, small portfolios were no longer cost effective to run and many investors could not afford or justify the upfront fees to engage with a firm.

However, it should be said that in recent years, this subsequent gulf has made way for innovation to flourish, with solutions such as robo-advice entering the market to help people with smaller portfolios to receive access to much needed advice.

While RDR was the regulator’s answer to the short comings of our industry, I believe that innovation is the key response and that the level of innovation we have seen so far is only the tip of the iceberg in terms of what we can do for clients.

A perfect example of this is the opportunity to create new and innovative solutions for clients in their decumulation stage since the introduction of pension freedoms.

While there can be little doubt that the advice industry has gone through a period of pain following the introduction of RDR, it has emerged stronger and I believe it will continue to grow from strength to strength.

The industry is more transparent and the practitioners within it are better qualified than perhaps ever before making it easier for advisers to justify the fees they charge. In fact, it could be argued that there has never been a better time to be an adviser due to the unprecedented demand for advice.

Of course, there is more work to be done but there’s been huge progress and I have conviction in our industry’s ability to continue to innovate and rise above these challenges.

Verona joined 7IM from the UK’s largest platform, Cofunds. As Head of Intermediary she leads sales, relationship management and service for the 7IM platform. Since platforms are how people invest, Verona is passionate about getting people excited about investing, or if not excited, at least doing it. 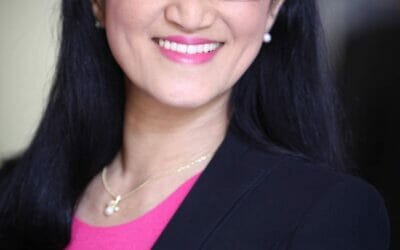